Quick Kaberle and spoilers for Wrestlemania

If you plan on watching Wrestlemania and don't want any spoilers, skip this (or skip this if you couldn't care less I guess).
-
-
-
-
-
-
-
Well, an entertaining show - the wrestling wasn't the greatest, though there were moments, but some quick highlights of the show....

1) Undertaker retiring. Even though myself, my brother and my cousin knew this was likely, and knew Roman would be the favorite - we all still picked Undertaken to win, because that is just what you do. May not have been the greatest match (nice botch on a reverse tombstone), but it was a fine send off. Already would think guaranteed headliner for the Hall of Fame next year. Growing up wathcing wrestling in the late 80s through the 90s, Undertaker was one of "those guys" that was always part of the business and having him retire is another "I am getting old moments". That said, I am still getting over the fact he lost at Wrestlemania 30....so scars never heal.

2) Exquisite! The Hardy Boyz made an amazing return. I was afraid that, if it happened, it would be lost in the shuffle of Wrestlemania, but man it was done right. I loved the little thing of New Day coming out in their ring gear and saying a fourth team was being added to the match - made you think it was the easy answer of them. Then to have the Hardy Boyz come out - such a pop. They have done a great job reinventing themselves, and it will be interesting to see how it is played, but looks like the old Hardy Boys by name, but some "broken" nuances to character as WWE likely tries to avoid getting involved in the legal playwork around the rights to the broken Matt Hardy character.

3) Can't slay the Beast. This was needed - Goldberg finally destroyed by Brock, and with Roman now being the only other person to beat Undertaken at Wrestlemania, the question is - are they able to play it out for an entire year to have Brock vs. Roman at WM34, and having Reigns win there. Will be interesting.

Add in the fact I came out a few bucks ahead in betting with my cousin and brother, and it was a delightful evening - one I won't delete any time soon....

Now where is today's Lot of the Santa.... 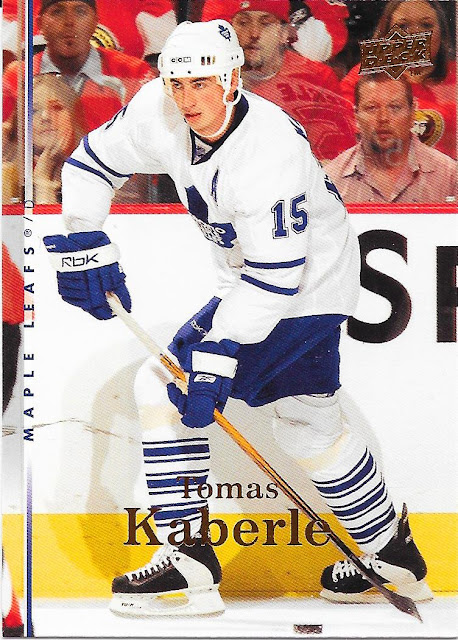 Not a new one, but a good one. 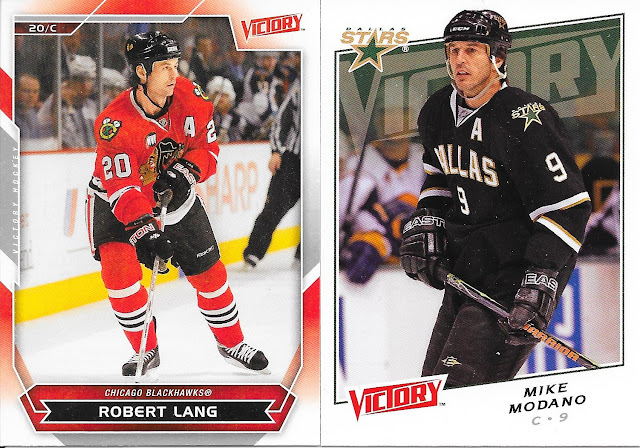 Wouldn't mind adding more of these - even if they are low end, they are still nicely designed. 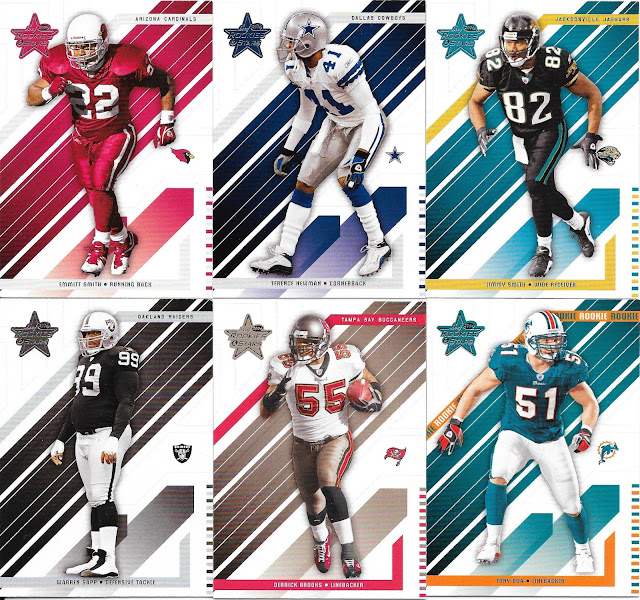 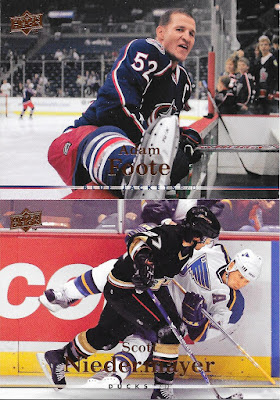 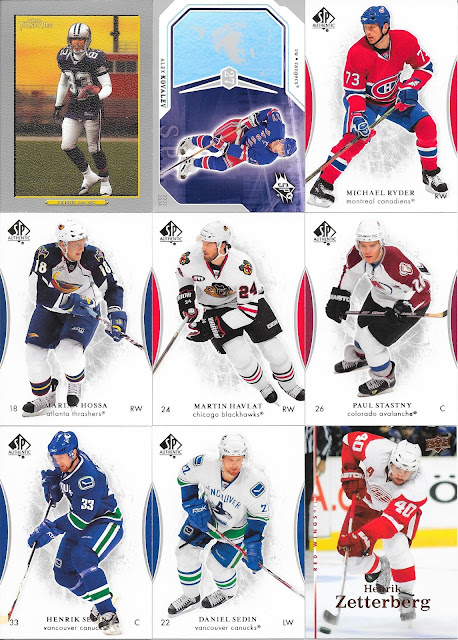 A couple other sets I could see getting well along between the 2004 Leaf ROokie and Star football set and 2007-08 SP Authentic hockey sets. Nothing new from the hockey one here, but a few more holes filled in football.