Happy Easter and some cards completely unrelated to Easter

Easter sucks. Don't get me wrong - fine for all the normal reasons, but work wise, I typically get one day off the long weekend, if that. That is normally in a year where Easter is "early" either early April or even into March. This late Easter thing stinks because over the eleventy plus hours a day of work that is needed (Canadian personal taxes are generally due end of April, no extensions). Don't get me wrong - absolutely love the work I do (why I have been with the same firm for 17 years or so) but I obviously still get exhausted.

So hopefully you have been, and will continue to enjoy the weekend and spend it with family. I am hoping to be able to make a family dinner at least today if nothing else - fingers crossed!

At least one thing to make my long weekend a happy one regardless was getting a trade package from Mark1010 from the usual source of the tradingcarddb.com which continues to grow as I see more and more new people join, and great traders thus far too!

So let's go through the cards I received... 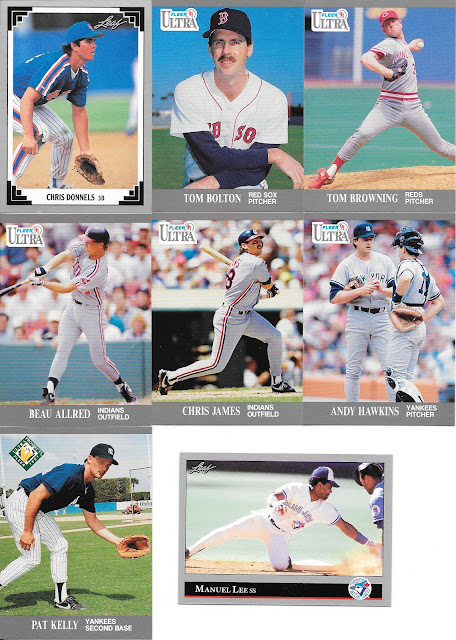 The above, for the most part, take care of some back burner needs. Both the Leaf and Ultra sets fill in a few holes in those sets, and provide copies of error cards out of Ultra. 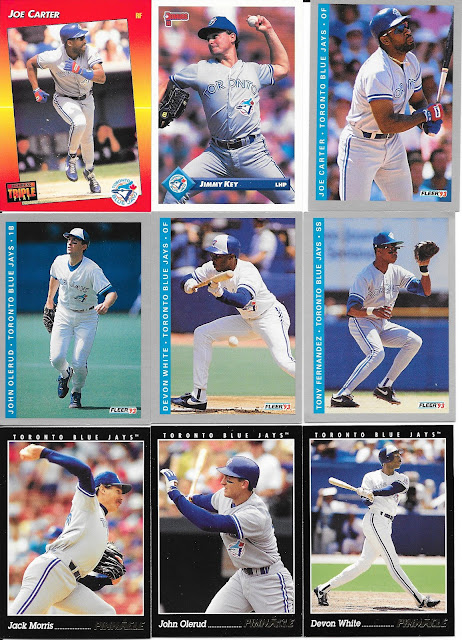 A lot of early 90s cards in the package which means, a lot of Jays stars from their World Series wins. Side by side, I like the Pinnacle so much more than the Fleer - likely the standout of the black versus grey, but also from these examples, better photos on the Pinnacle cards in my opinion. 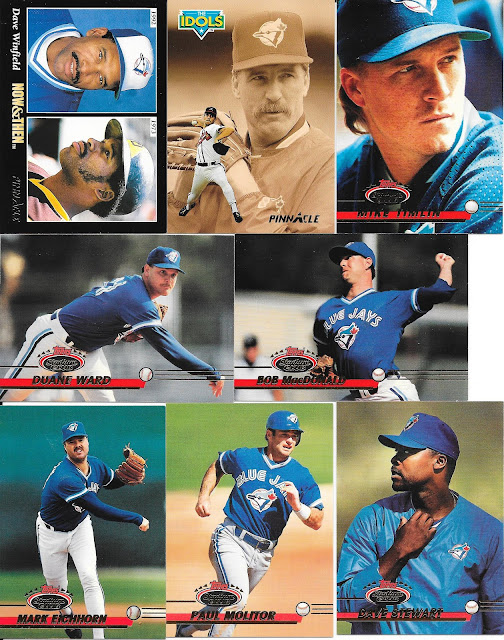 Speaking of great photos, nothing beats Stadium Club, even the early 90s versions. 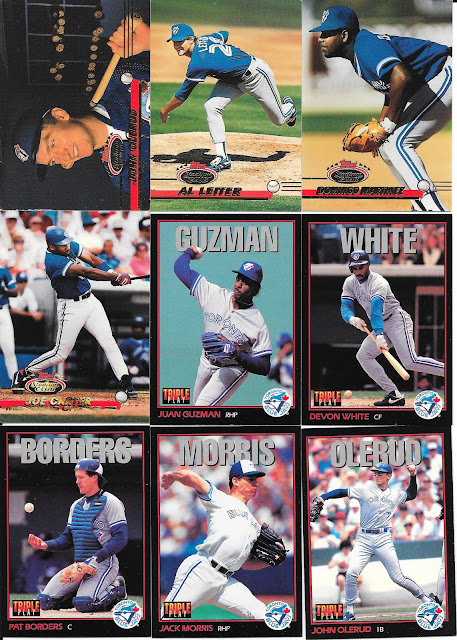 I can understand ensuring a name stands out on a card, but a little excessive in the way it is presented here on Triple Play. Though extra points for the not so usual shot of putting a bunt down on the Devon White card. 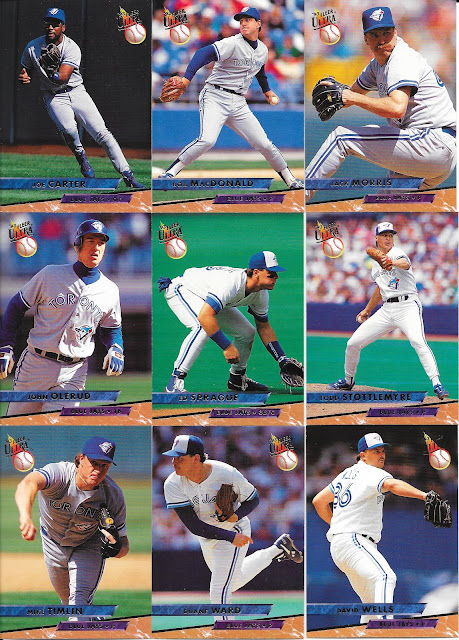 Oh my gosh, the ball that Mike Timlin threw is on fire! Perfect photo and placement of the logo on that one. Obviously I had a bunch of needs out of 1993 Ultra that these filled. 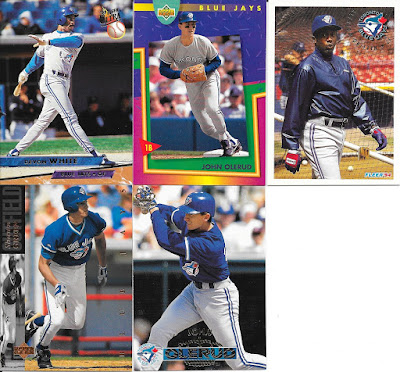 We get into the mid 90s here with an Olerud card I have never seen before - didn't realize Pacific was into baseball cards in '96.

My first Leaf Champs card and first Upper Deck Portraits card as well - not bad for three add on Leafs!

Thanks again for the great trade Mark1010!
Posted by CrazieJoe at 8:00 AM