A while ago I was able to move out most (read "I think all of it, but maybe not) of my minor league hockey cards. Just an area I am not interested in keeping up - had to cut some things out. That said, I might still end up completing the 1991-92 QMJHL 7th Inning Sketch set. Only time will tell, but seems to be a chunk here are there still coming in. 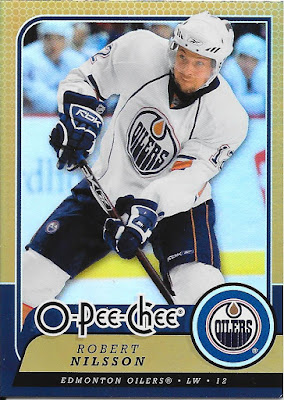 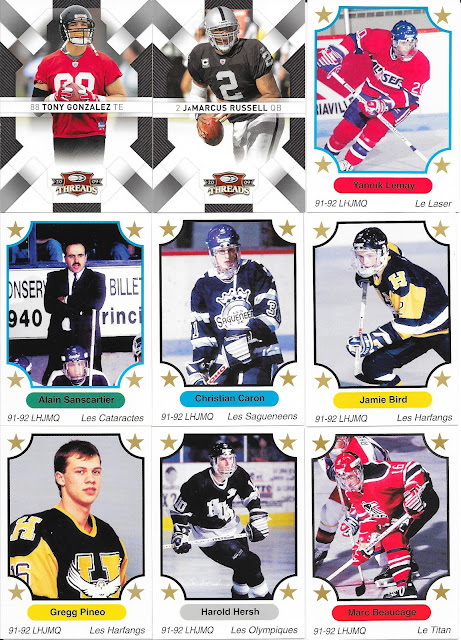 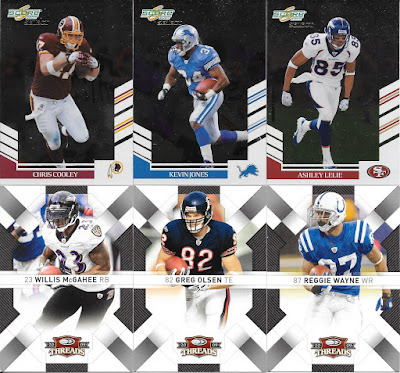 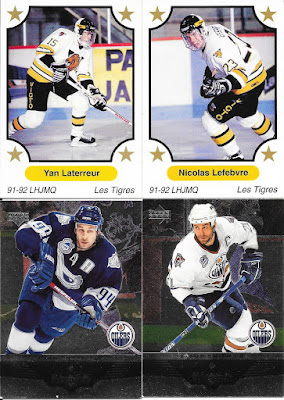 As I alluded to - a whole bunch of QMJHL minor league cards from the early 90s. Off the top of mu head, no one that rings any bells as far as major stars later in the NHL.

As for the 2009 Donruss Threads football - the more of these I get, the more I like the look of the cards - wouldn't be bad completing the set (and finding it a home).

Sorry to keep it short today, but likely going to be the case the next few days until busy season is done. Though just a quick note - I did get a chance to go through my 2007 Topps football - I had mentioned likely missing a 1st edition mark here or there. As it turns out, I just missed one... 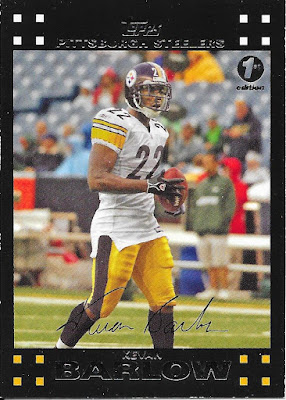 I've updated the numbers below accordingly. Would have thought it likely I messed many more, but good that I didn't.