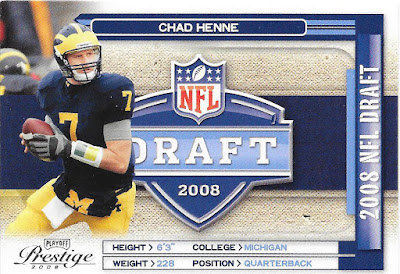 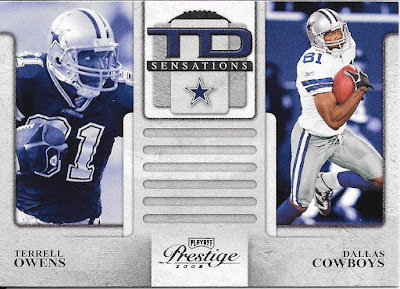 I won't be keeping these, just not my sport, but I can applaud a nice insert when I see one (or two). A Draft insert set makes perfect sense. Highlight maybe the full first round of draft picks to commemorate the draft. A great idea, decent card design though not my ideal in anyway.

I'm not a huge fan of the second as far as topic goes - what makes a TD sensation? At least this card, I can agree as Owens was on the verge of moving to second all time at the time, in TDs. I haven't looked at who else would be in this insert set, but atleast it was kept small... 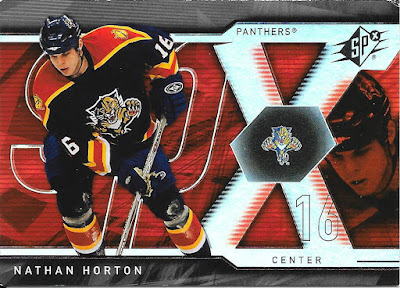 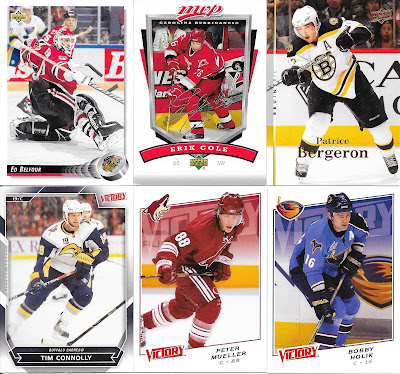 The 2007-08 SPx is worth mentioning because there haven't been a lot of these. Classic SPx in design, and it makes up for the horizontal lay out.

To me though, the collecting is really around photos, and Eddie on the 1992-93 Upper Deck is just a great shot of the goaltender. 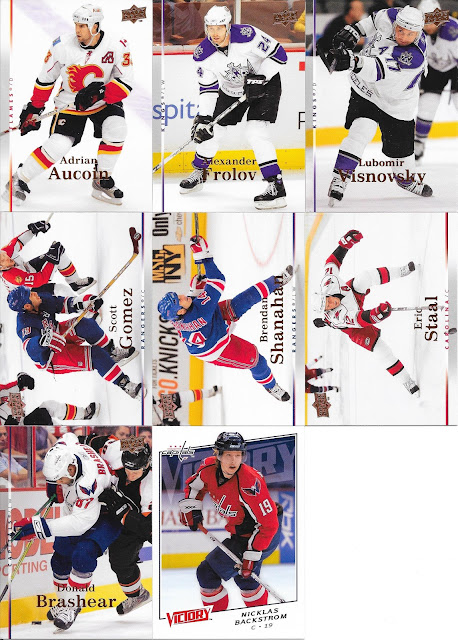 Yeah - hit another chunk of 2007-2008 Upper Deck Series 2. I think I am going to have a lot of this as some of these are already 3rd or 4th of the same card. Not always a bad thing - can think of getting rid of a number of Zetterbergs...others, not so much.