I'm not sure we have seen any of these come out of the Santa Lot yet. I know we have had some 2009-10 O Pee Chee base cards, but I don't think there have been any rainbow parallels...until today!

A second Alexander Steen Leaf card from the 2007-08 Mini Jersey set is nice, but it's the two rainbow parallels that I especially like today. As I usually find for rainbow type parallels, they scan alright, but are better in hand. 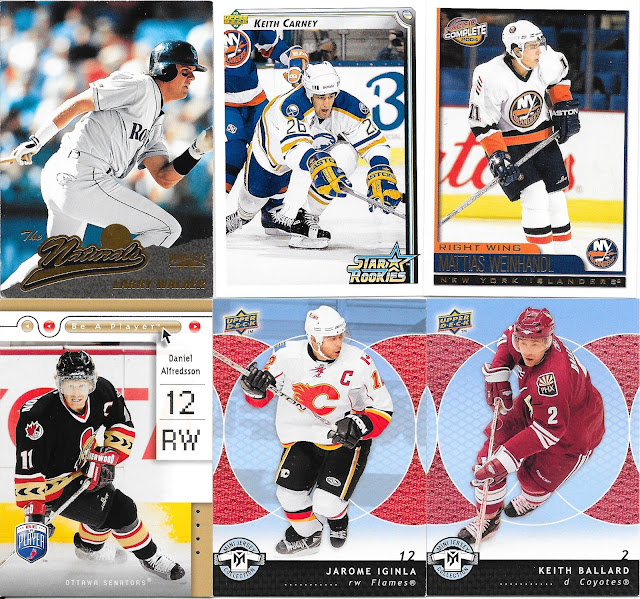 Nice to see 1996 Pinnacle baseball, especially a Canadian, and my favourite Expo of all time. If I were to guess, probably a very outside chance for completing the base set for the 2007-08 Mini Jersey hockey set, but I like the blue with the cards on the Leaf cards, so as long as I get those - I'd be most happy. 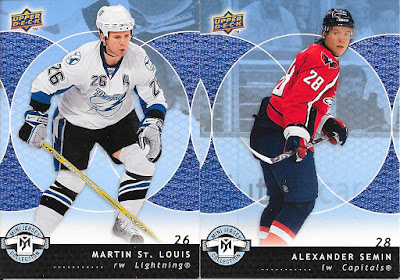 Two comments to come out of these. First, another pesky "1st" edition card from 2007 Topps - though I do really like the subset in the base set that this is with. Second - poor guy....who has a name of "Fat".Definitely would be giving any favours to the guy...