A good day - the last real push day for personal tax returns. The deadline being the 30th, is actually May 1st, but our firm works hard to be done by the end of today so that the weekend is really about processing returns and administratively checking everything off, dotting i's and crossing t's.Really, having to just clean up a little bit of everything.

Today's Santa Lot touches nicely, on a little bit of everything - an excellent day. 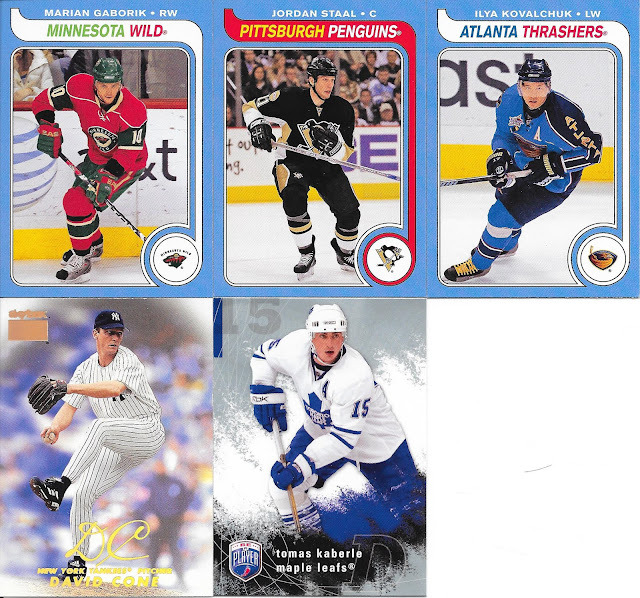 First card out of 1999 Skybox Premium baseball that I've seen, and coming out of the Santa Lot. Very nice, and much better on the subtle white cloudy corner border than 2016 Topps base cards did. Doesn't detract from the card at all.

The obligatory Leaf card, and throw in a few 2008-09 O Pee Chee retro parallels make for a great pull out of the cards today. 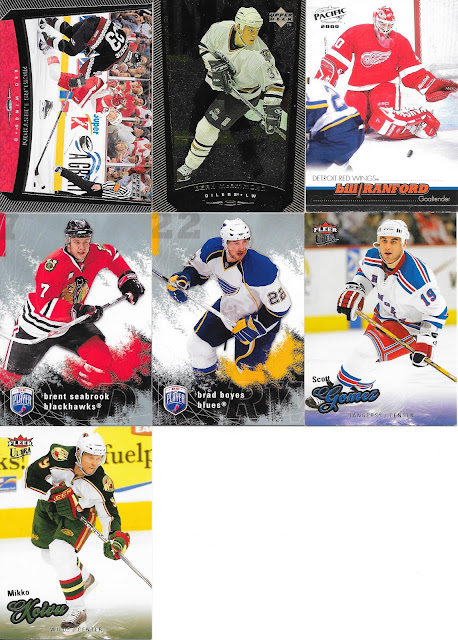 Even these have a great variety between 1998-99 Upper Deck, Upper Deck Gold Reserve from the same set, a touch of Pacific, a touch of Be A Player, and some 2008-09 Ultra. 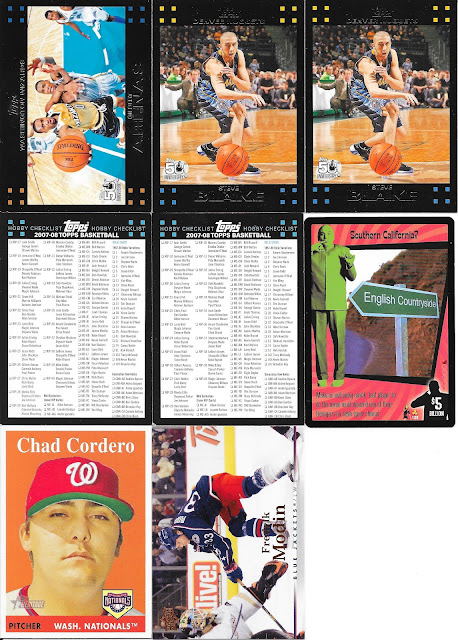 Generally haven't had enough of 2007 Topps Heritage to come out with many double, but we get one here. Oh...and hello again Austin Powers cards...not a new one, and frankly at this point, I am only looking for the couple I am missing in order to "complete the set".

Now, to commemorate my 500th post, I have an unopened pack of baseball cards and one of hockey  - I will leave the sets a surprise - nothing overly spectacular, but wanted to do a little something to commemorate post 500, so winner can pick a either and I will send that pack. The contest - quick and easy:

1) For Monday May 1st's Santa Lot 20 - guess the total number when the card numbers are added together (if the number has any letter in it or has no number, the card will count as zero). An example would be the last card here - the Modin 2007 Upper Deck hockey card is card number 277)

2) Put your guess in the comments in this post below before 11:59pm EST Sunday night - so you have the weekend to think about it and get your number in.

3) First person to pick a number gets it, and only one guess per person.

4) If two people are the same amount away (ie. if it is 250 and people guess 249 and 251) the winner is the closest without going over - that will be the tie breaker and I will refer to it as The Price Is Right rule.

I will contact the winner later early next week to get logistics and send out the pack.

Have fun! Also - the timing of this works out really well with the end of my busy season at work - wish I could say I planned it that way, but I didn't.