Well, Leafs looked okay in game 1 against the Caps. Realistically, would hope they win a couple games, but not sure they will be able to win the series, though my fingers are crossed!

Sometimes, you just get a pack that has a heavy number of cards of one team. Definitely get that today as you'll see with the traders today. Not a bad thing, and great players, though for a "usual" set of 2007 Topps football...anyway, take a look below.

Should also point out that today marks card 7,500 from the Santa Lot. I've been going through the cards now for about 15 months, and supposedly we are half way through the cards (frankly, I think we will end up more around 12,000). 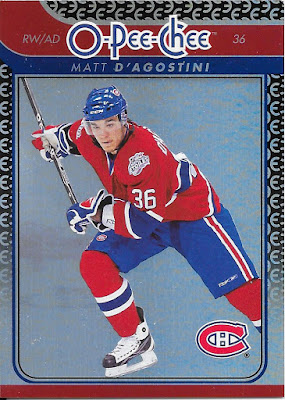 I guess there was one more to be had given the couple that popped up yesterday. Too bad it is a Canadien... 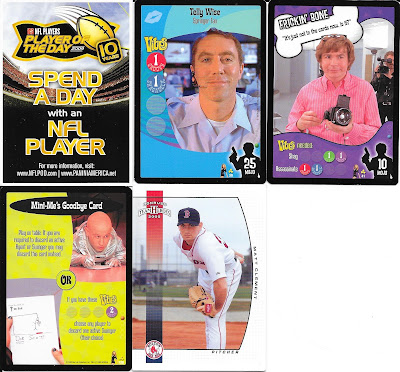 By itself, the 2005 Donruss Hometown Heroes card would be a lowlight given the fact that card is split in one of the corners...so it is a card to go to my son to finish playing with. The additional ad card and Austin Power cards are just a kick while I'm down... 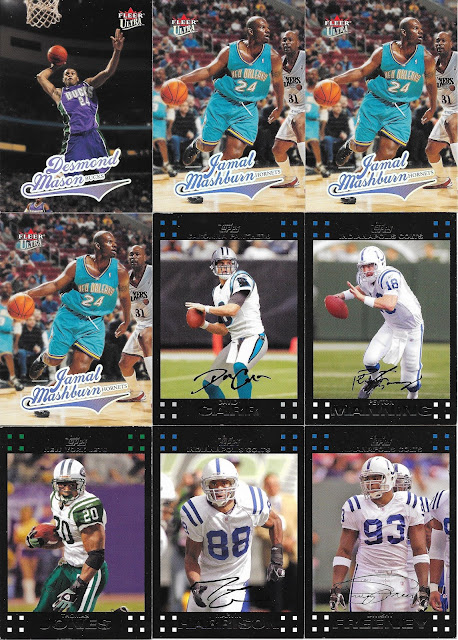 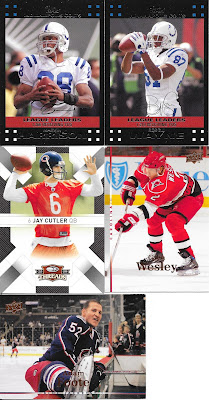 Yeah - plenty of Colts from 2007 Topps...but it does include Manning.