A quick share as I was able to pick up another addition to the Magic card pack collection with Modern Masters 2017. The Modern Masters sets are a step up in cost given they collect the supposedly best cards from the last few cycles of sets.... 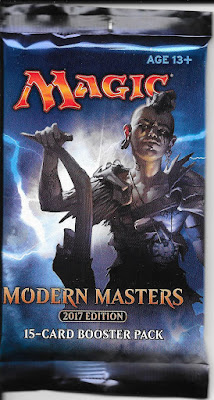 The packs run about $15 Canadian - a bit steep for a pack that will just sit as part of a collection, but does make it mean a bit more. Interesting to see if the value of these sets keeps or not. The 2015 set hasn't budged much in value over the couple years, but expect it would take a while to do so. That said, that doesn't matter to me as much as just collecting one pack from each set that had physical booster packs released.

In my other card related news for today, I had a quick second trade with TCDB member CKBeber329. From the quick PWE I received the following... 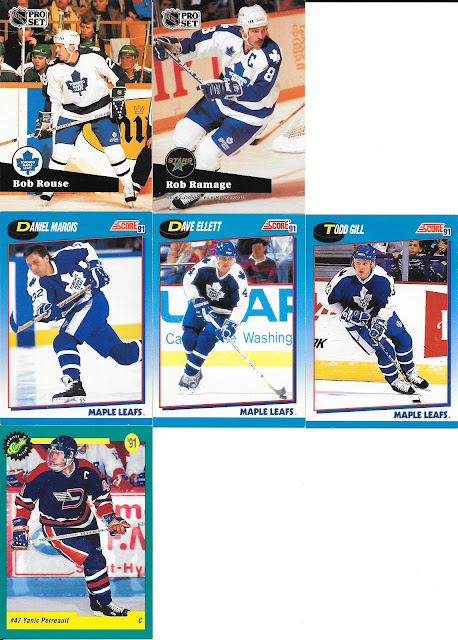 Cards most have probably see enough of but the Pro Set are the French version which I did not yet have, and the Score are of the Canadian bilingual variety. The last card - the odd duck of the group - was an accidental want list card. New-ish feature on the TCDB is associating teams with junior cards so I ended up accidentally adding some minor league cards which were associated with the Leafs. Oh well, not a big deal and just something to watch for I guess. Regardless, another nice and efficient trade so I was happy!
Posted by CrazieJoe at 8:00 AM