Another trade summary and some Listia wins

Let;s start today with a couple Listia wins. First, another three cards from the 2016-17 Tim Hortons base set. I was able to get two more cards I needed... 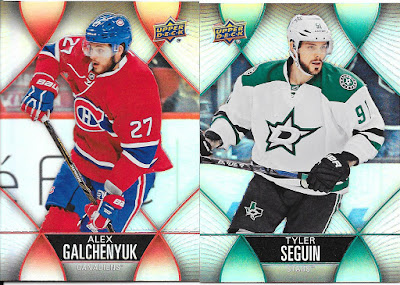 as well as one more that I didn't.. 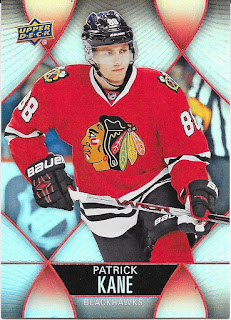 Though as nice as those are, I was more excited by being able to pick up this... 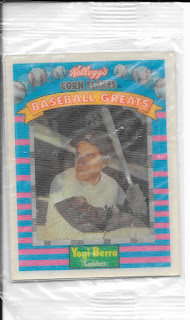 A nice pick up for the unopened pack collection with a 1991 Kellogg's baseball card. No surprise on who it is, but I can live with that.

I also received another trade package from another tradingcarddb.com member - Shrimpy Sausage. First as an aside, it has been amazing to be part of the TCDB website with all the amazing members, and great trade partners who very much work together to try and make everyone's collecting goals happen. Being a part of the site has easily doubled or tripled the size of the collections I have with generous and ready traders.

The trade with Shrimpy was able to see me get rid of some hockey dupes for some new Jays and a few hockey cards for one of my "I will try and complete it some time in the future" sets. 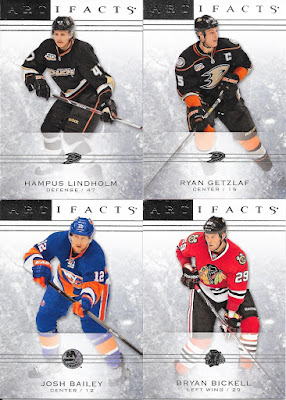 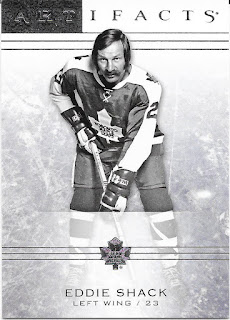 I picked one of these up in the box last week, but nice to have a second one for the Leaf collection. 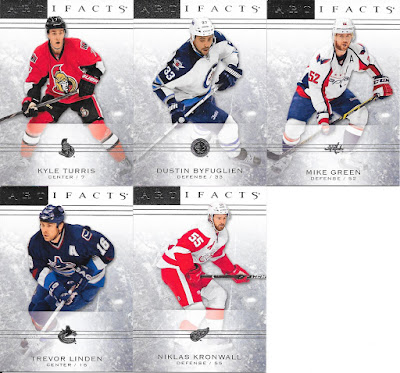 When the package was sent, these were needs to, it just so happened that with the box last week, I didn't need them by time I got them. No problem though, I should be able to trade these for the ones I do need if anyone out there is interested.

That was the hockey content of the package, but there were plenty of Jays to go around too... 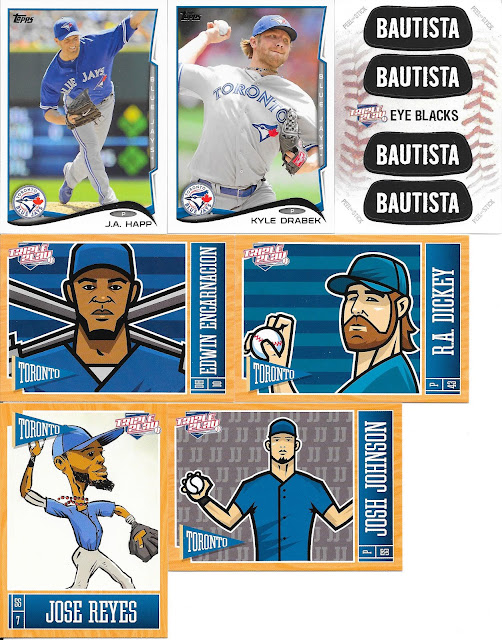 Johnson just looks so awkward in that straight on shot. Atleast Dickey looks somewhat right, and is a decent angled picture. My preference is still actual pictures like Happ and Drabek. I was so happy with Drabek as a Jay. Growing I always liked Doug - not sure exactly what drew me to him, but with the connect, nice to have a Jay to collect that is related. 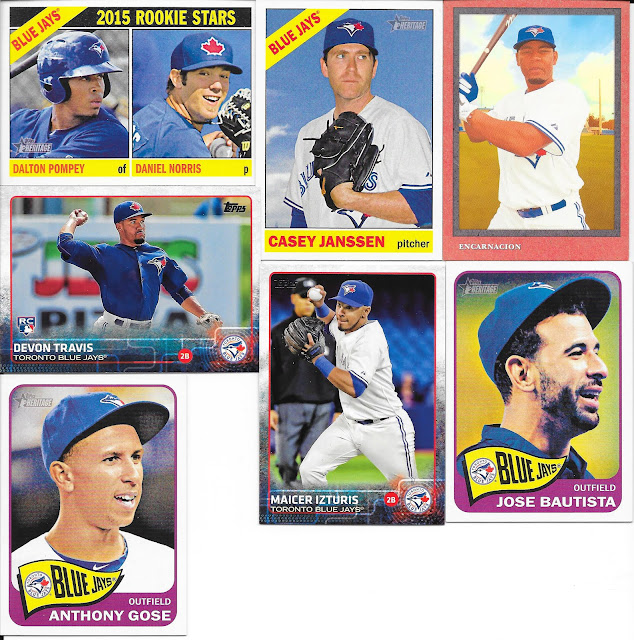 Lots to like here, especially a couple young Jays I enjoy with Pompey and Gose. The Edwin card, with the Red border looks a bit washed out in the colouring, but I know part of that has to do with the Turkey Red design. 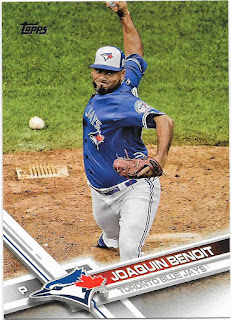 I really like the choice of team photo for the Jays card, and I have to admin, the horizontal design makes the card even better in this case.