It has been a while since I traded with cabz05 at TCDB. He had disappeared for more than half a year, but was back and active on the site, and fortunate enough to want to football cards I had, so I got some cards for my collection - baseball AND hockey! 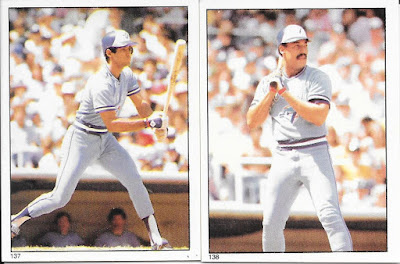 Let's start with the oldest first....these 1981 Topps stickers. Although I don't think I will ever really go out of my way to collect stickers, I will have no problem getting them in trades like this. 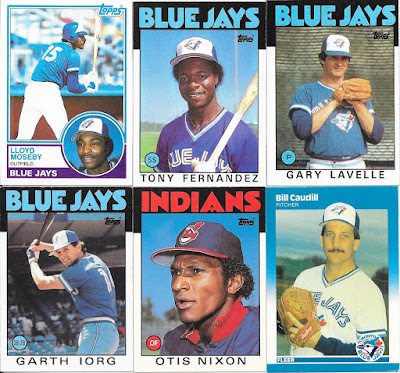 One of these cards is not like the others....Otis Nixon is here because I am passively looking to complete the 1986 Topps Traded set - I have about 20 card needs left for the 132 card set. 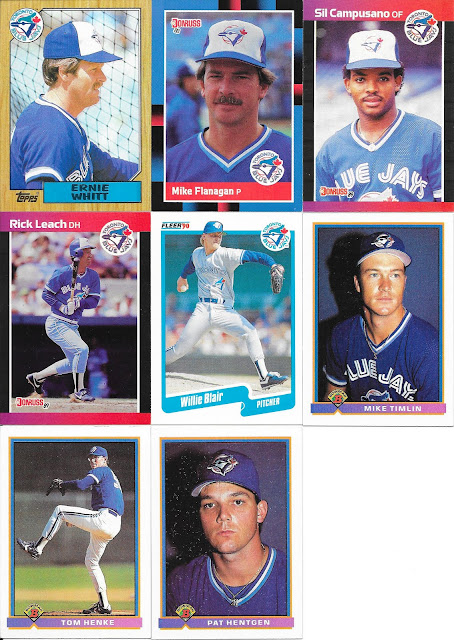 A splattering of junk wax Jays that were still needs, including the very young Bowman cards of Timlin and Hentgen. 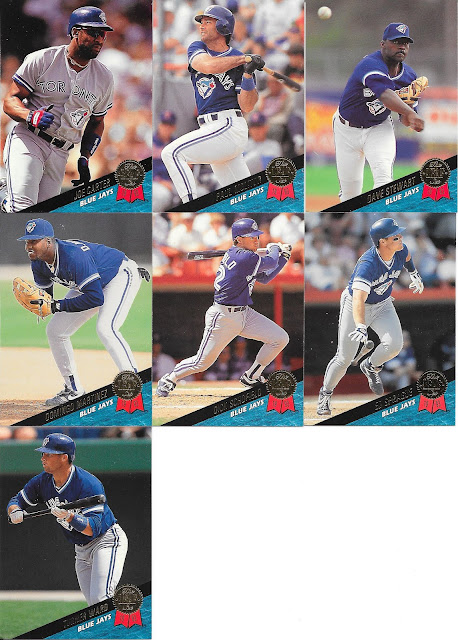 Yeah - I was out of really collecting even by time these came out which is why I still need them now. Personally, I like the city landscape backing...not that I am going to show them here...man, should have thought of that when I was scanning... 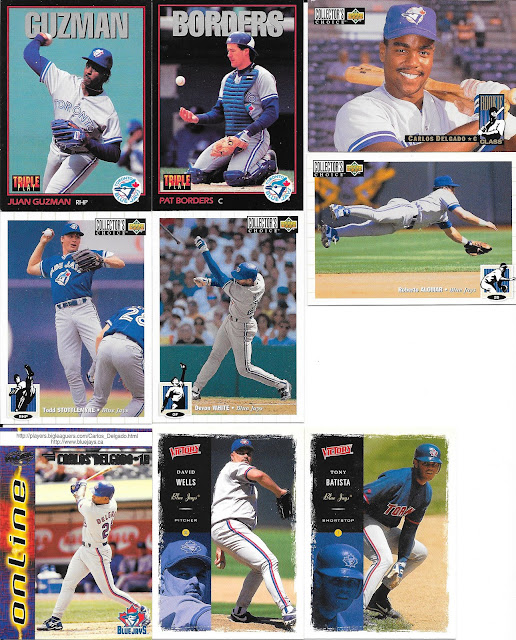 As much as I like early Delgado cards for the smile and youth, how do you not love the Alomar full out dive? 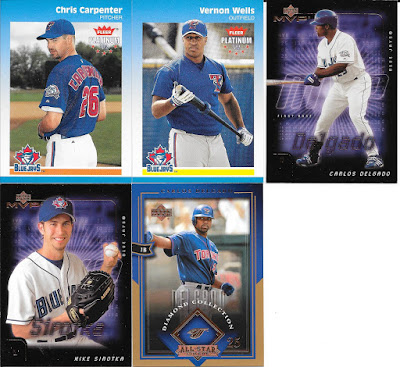 These are the last of the Jays which touch on a couple sets that I have, within the last few months gotten my first cards from - 2002 Fleer Platinum and 2001 MVP.

That wasn't it either, there wee a few Leaf card as well!

I had never seen these Gilette cards before, so a nice few pick ups there. Add in the 94-95 Ultra which scan horribly, and these Leafs are awesome little adds for me.

Definitely a cabz ride I would take again in the future!
Posted by CrazieJoe at 8:00 AM