Finally something to keep

Well, Leafs did well in their series, but came up a bit short - not overly surprising, and honestly, they did very well in the series. I think the expectations will take a jump up next year considering how they meshed later this season and into the playoffs. Besides, being a huge Crosby fan (and similarly not a big fan of Ovi), will be happy to see the Pens get rid of the Caps again this year - I hope.

The Santa Lot has been a bit on the sad side with not getting anything for my collection - but that all changed today! Okay, not a big change, just one card to keep. Also, it isn't even good enough to be the highlight today anyway. 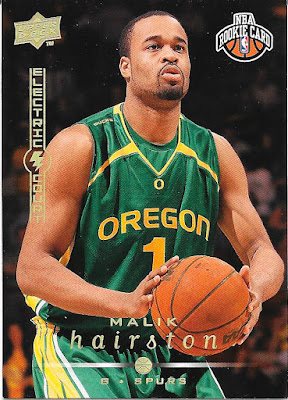 Electric Court parallel! I think the electric ice parallel made more sense for hockey, but I can go with this too. A decent overall card design, 2008-09 Upper Deck basketball, but the shiny foil overlay on the logo and letter is nice. 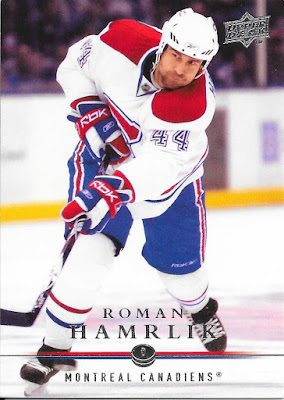 Yeah, of course the one keeper ends up being a Canadien. I will still take it at this point with the string of not so great luck. Hamrlik was a solid player (was picked number 1 overall in 1992, so he should have been a good player), and at least spent many years outside of Montreal. 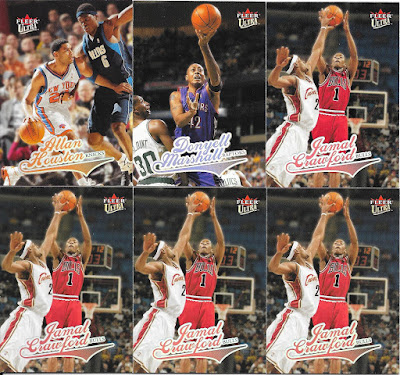 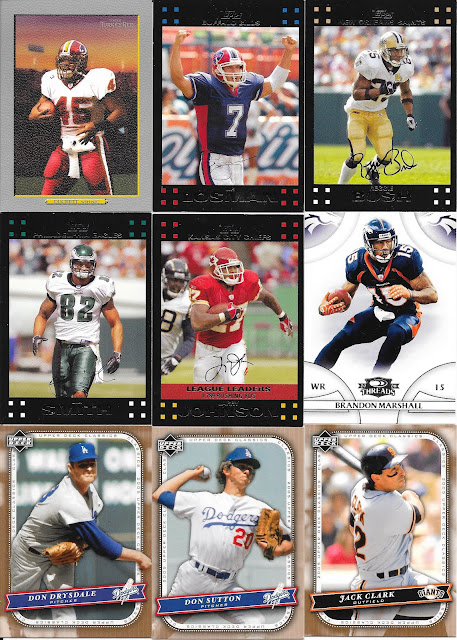 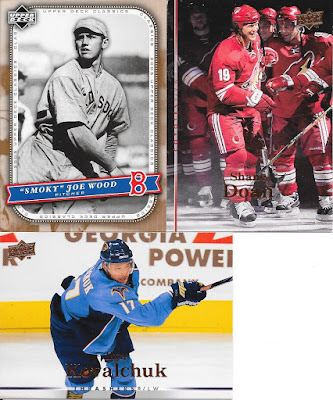 Almost put the 4 Crawfords in as a lowlight because well, there were four!

I think I like Turkey Red cards. Not 100% love them, but like them for the "being different and nice in a different way" appeal. Don't think I would want a straight write up on the back for all cards - still love all year stats on that part.

Getting more 2005 Upper Deck Classics Baseball won't get old. Nothing spectacular (because they are all dupes), but I think any cards from the set are solid.

Overall, a better day for starting the last week of madness in tax season...here's to hoping it keeps getting better.