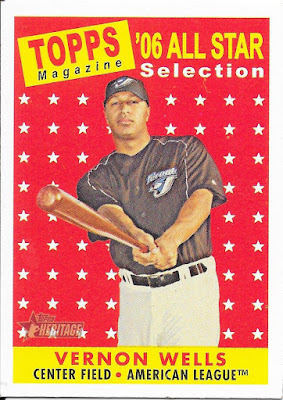 We have seen a few of the 2007 Topps Heritage base subset of All Stars, but nice to get a Jays card. Even nicer that this isn't the only one today... 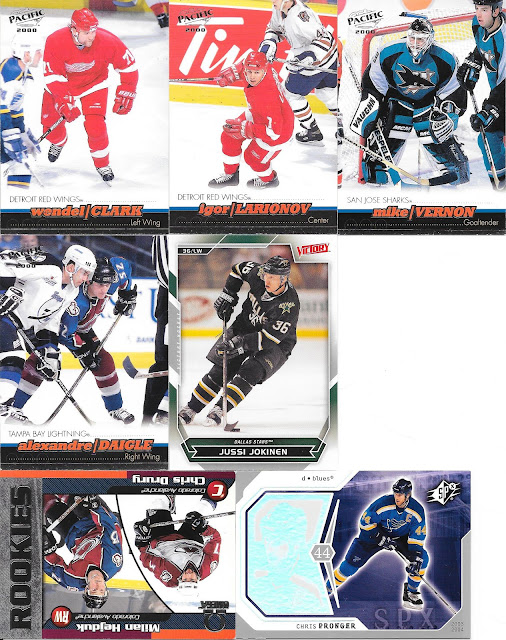 Awesome baseball star power - though I didn't realize that Ichiro was going by the single name of Ichiro at this point. Ichiro was an amazing hitter and synonymous to lead off hitting for the Mariners.

Moving on from the baseball cards, we get to some nice hockey cards. The 1998-99 Omega rookies card is a great one given both Hejduk and Drury went on to great careers. I hadn't seen these split rookie cards before - does a good job of highlighting both players. 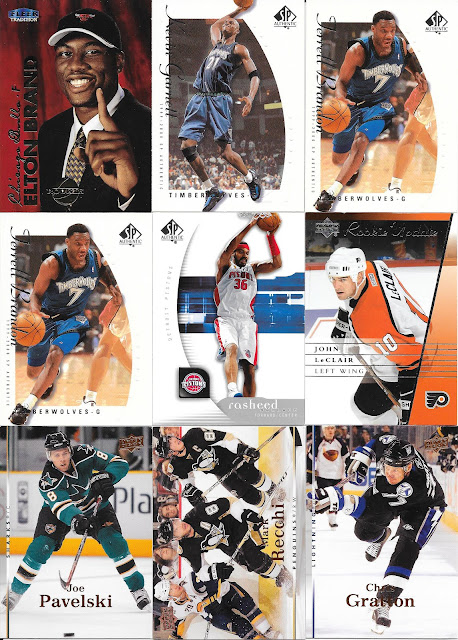 Those 1999-2000 SP Authentic cards are very nice. Personally, prefer these to the 2003-04 SP Authentic cards we have seen plenty of. Even the 2005-06 SP Authentic basketball card is fairly nice though 1999-2000 wins on the fact there is some background from the actual photo rather than a graphics background. I will say that both sets are great as far as the nicer, thick, card stock is concerned.