A bend on holographic cards

Back in the early 90s, Upper Deck loved their hologram inserts. Inserts were just really starting as a bigger deal and holograms were on the breaking edge of technology with cards. The down side was - they were generally pretty flimsy and could mark up and bend a bit too easily. 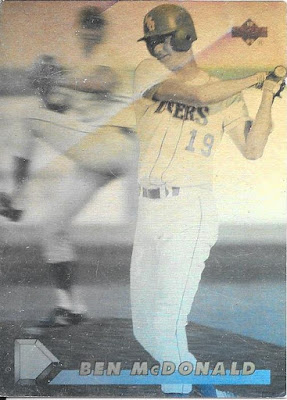 Well, nice to have, and I will keep it, but that is one good fold in it. It doesn't feel nearly as bad as it looks, but luckily a Ben McDonald college star card isn't high on my need to have list, so quality isn't the biggest concern here. 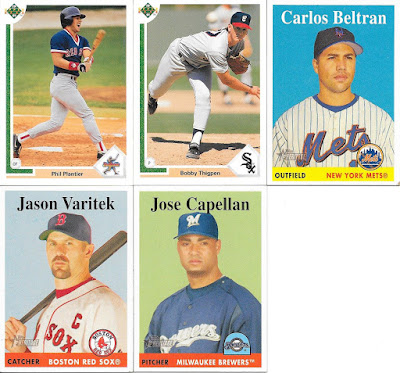 When I first started getting into baseball, stats were a big draw because I loved math and statistics, even as a child. One of the first stats I really remember focusing on as being an accomplishment was the 57 saves of Bobby Thigpen in 1990 (another was the 49 home runs by a certain home run hitter in his rookie season). Also - heritage card goodness...yay. 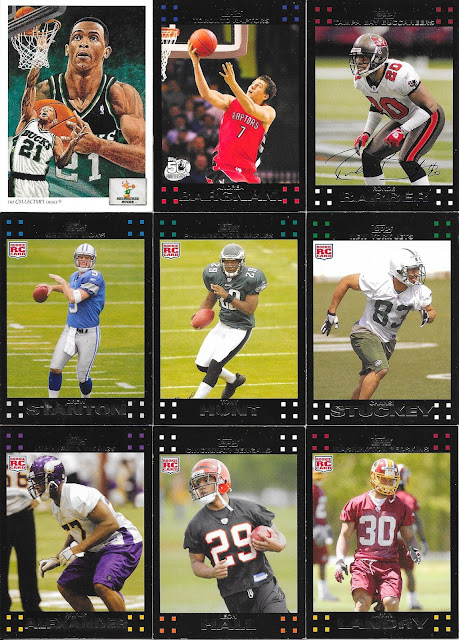 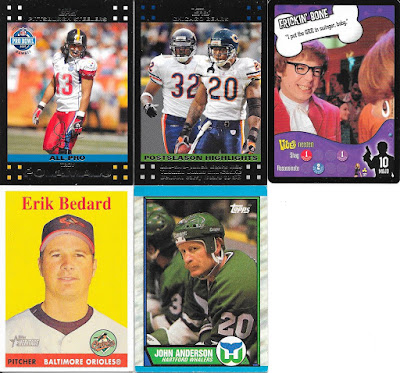 A bunch of rookies from 2007 Topps - again, another group of them which were needed. Happy to see a Raptor if I am going to get basketball cards anyway.