So I spent the last couple days doing a first level sort to get the cards I got at Thanksgiving into the various sets (and to quickly continue to throw out many Upper Deck '90 and '91 cards which were simply coming apart into a front and back piece). Man, there are a lot of cards for some of these sets. For example, the first one I am going through and will share a couple highlights with you today on is 1991 Score.

1991 Score is a massive set of almost 900 cards. I have the set in box form, though I do need a few more Jays to complete the additional team set. If I were to guess, there is probably about 1,000 cards of the set here before I cull any further to get rid of subpar cards. I will likely go through an pull an error or two, and some Jays, then leave the rest to be either trade bait, or more likely, a box of sale on Kijiji. Given the cards, I will probably look to fill a 3200 count box and sell it for $25 if possible (heck, the box itself is $6).

So what did I get of 1991 Score - I'd say about 600 cards to the sell box, about the same that are excellent condition and will keep for now for trade, 5 Blue Jays as per below, and about 36 error cards (most UERs), highlights of such below as well. 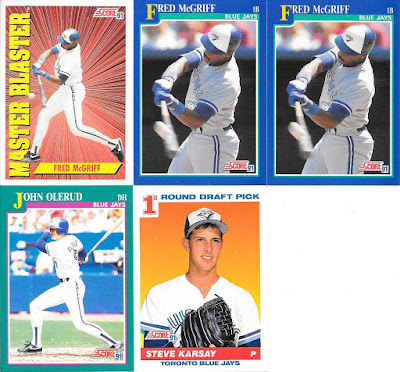 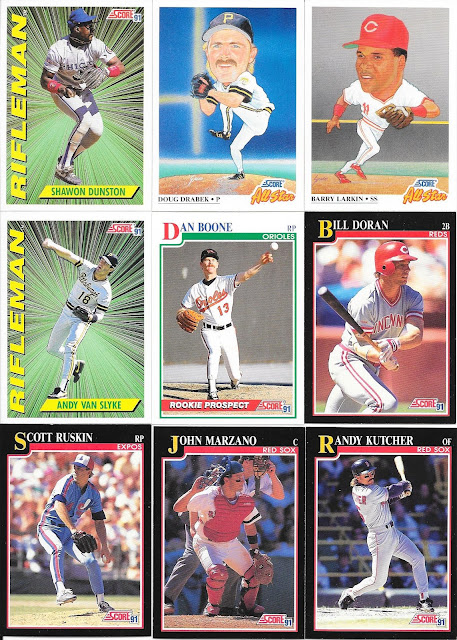 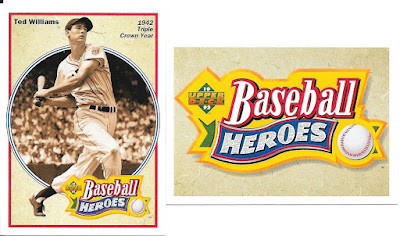 Nice to pick up another two inserts. Very surprised that there were three hologram logos, and all came in the one stack - first stick I went through. I would have expected to see more of them, but instead, nothing except the Heroes cards - not complaining, just odd. 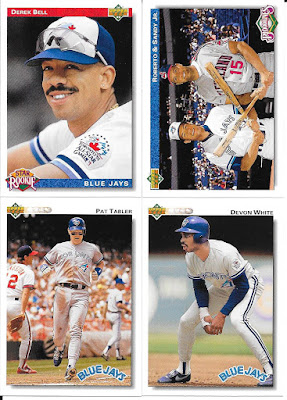 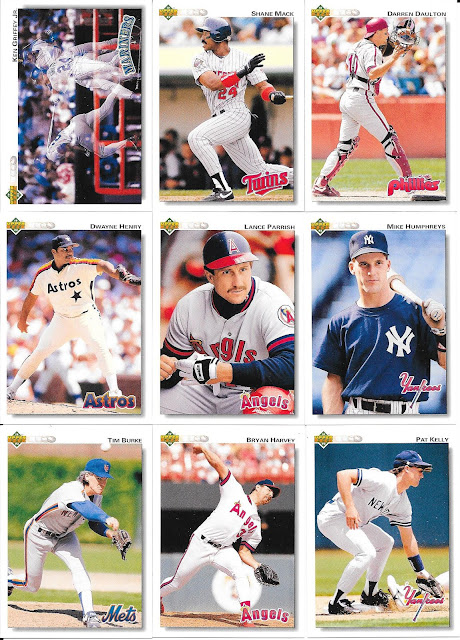 To finish off, just some standard base cards to show the usual design, though most are likely very familiar with them. A basic design in many ways, but clean and crisp. Definitely a solid base set.

Overall, looking at more than two thirds, but not quite 70%, so another case of - not being a dire need to complete yet, but will look to do so one day after close fish are fried.