Breakfast with Tiffany and Bowman

Another Thanksgiving card set gone through....1991 Bowman. I had 39 of the 704 cards before going through these cards, and this moved the set fairly well along. All in, now up to 602 of 704 - just over 85% which isn't too bad. I also filled a couple holes for the Jay and error binders... 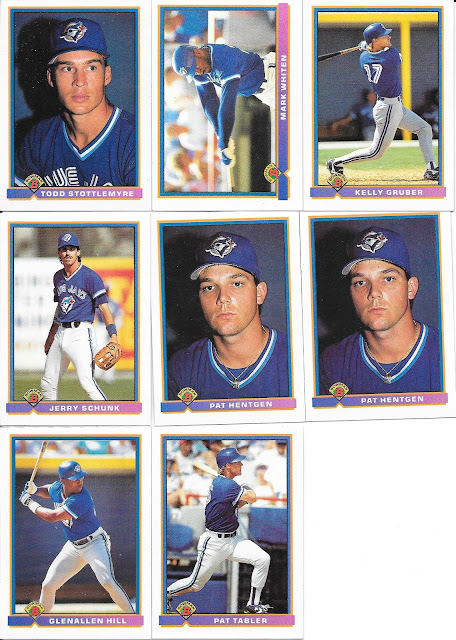 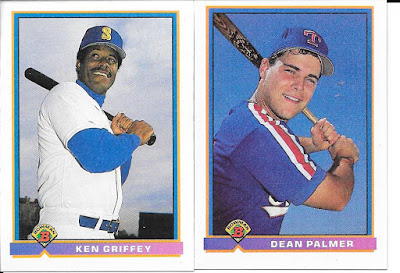 I actually somehow only had one or two of the Jays cards before, so this was a good add for the Jays as well. The couple errors are both numbering errors - card numbers being incorrect. I can atleast understand for Griffey, that father and son incorrectly had the same number put on them.

Tiffany parallels frustrate me. I find they are easily missed unless you look at each and every card in the right light. In simple terms, they are just glossy, but for the sets of the late 80s - that isn't much of a difference. So, I almost missed this one thinking it was a base card - it wasn't until I was holding it to scan it that I noticed it was glossy. 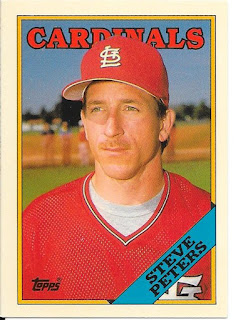 I am not sure if the border is usually as off white as here, or if it is age, because this is the first 1988 Topps Traded Tiffany card I have. I will say, I do prefer the back compared to the 1988 Topps base set because the backs are so much brighter, but that is true with the regular traded cards and the Tiffany parallel. 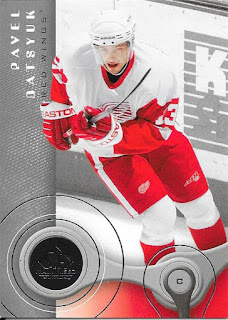 If it wasn't for the Tiffany parallel, this would be the highlight because it is Datsyuk, and from a set we have seen few cards from. 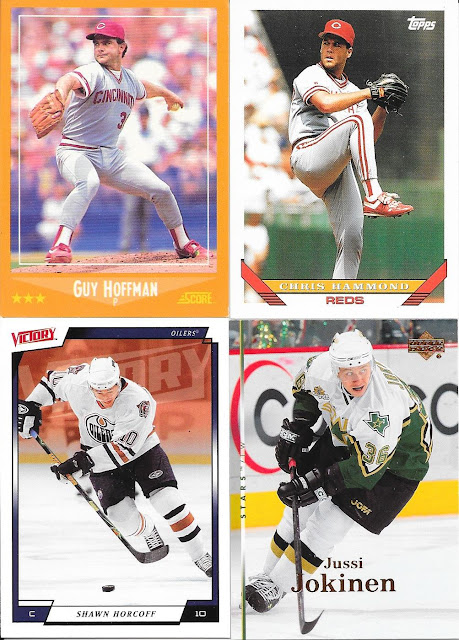 Nice to see another Series 1 2007-08 Upper Deck Hockey card since there has been way too many of series 2. 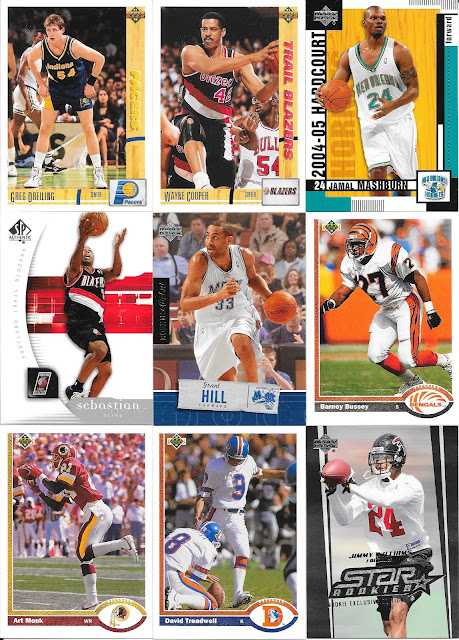 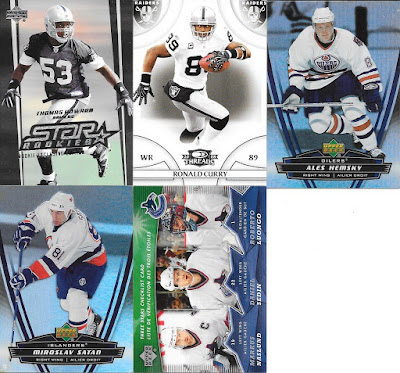 A few different things to touch on here...but I will do in short form...

Grant Hill was a player I paid some attention to back in the day, I thought he carried himself well on and off the court, and nice to get a little received set.

Same with the SP basketball card - not seen many of these.

More McDonalds hockey, even as dupes is fine by me, as it should help make trading to complete the sets easier if needed.