Was able to get through another set from the Thanksgiving cards I got. This time, 1990 Score. Again, I had a complete set, so pulled the Jays and error cards to keep... 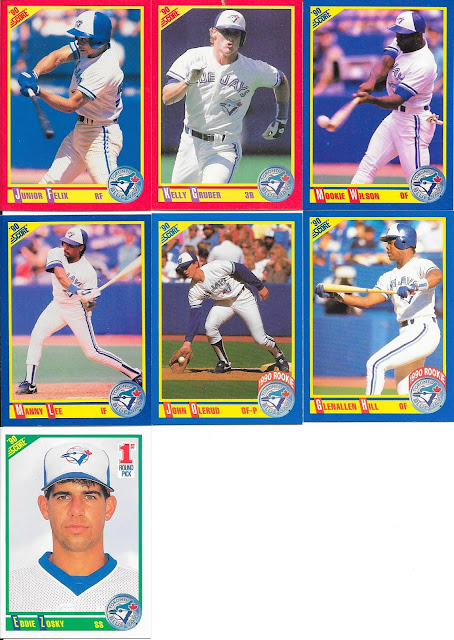 A bit surprised with about 1,000 cards, there were only 7 Jays, but still, a couple of these were needs for the Jays team set. 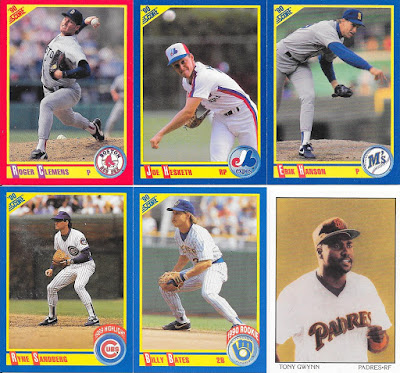 A few missing error cards too - easy one to point out is the Ryne card, as this version is missing his position on the front which you can see placed on the other base cards.

With that, on to the last day for this box, and frankly, ending on a down note. Well - let's look anyway... 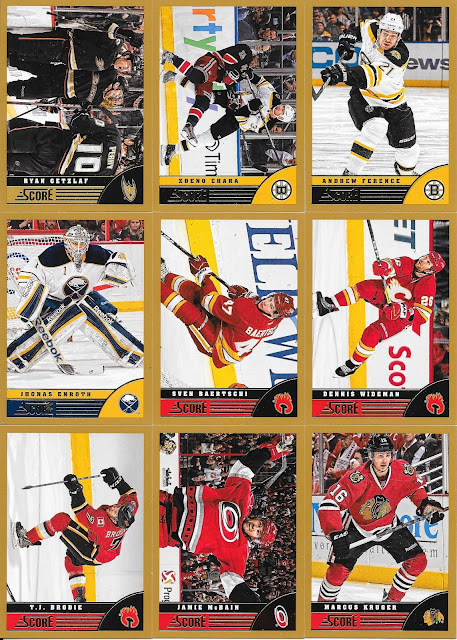 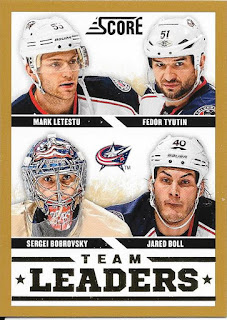 Wow - would have been great to be a Bruins or Flame collector indeed. That aside, the Leader card looks much better with the border compared to the whiteness of the "normal" base card.

Beyond these, only one other insert/parallel: 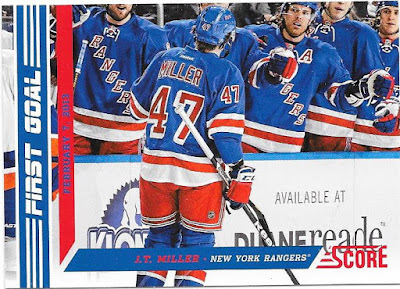 I can understand the concept of documenting first goals, but some will be important players in the future, others not so much. Alright design, but meh as an insert. 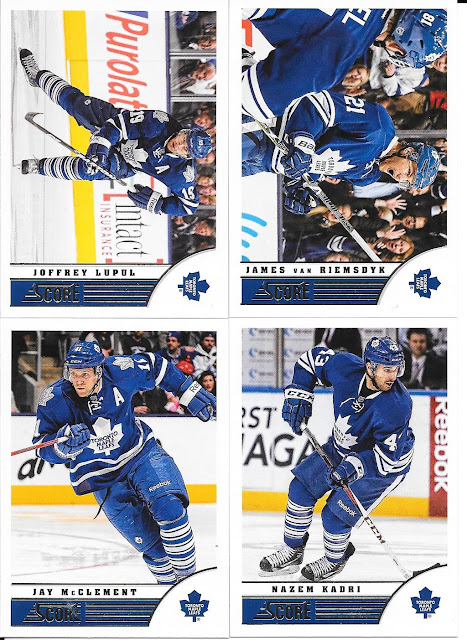 As for the glimpse at the rest... 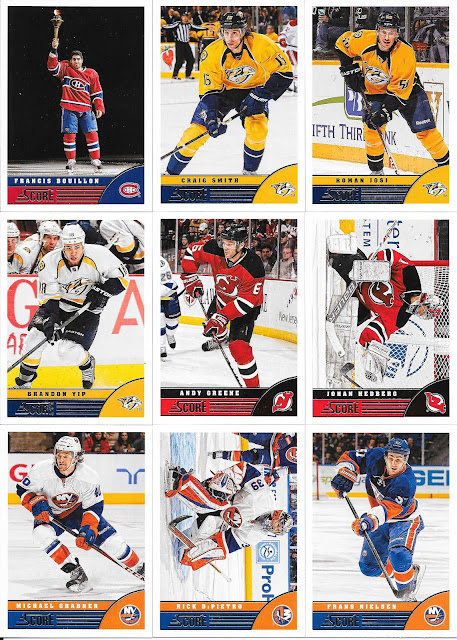 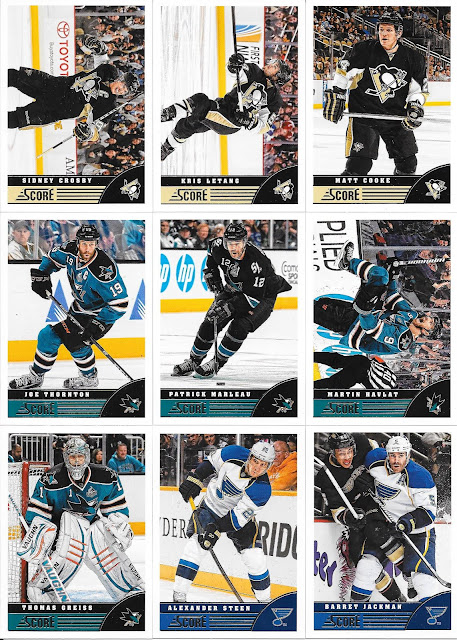 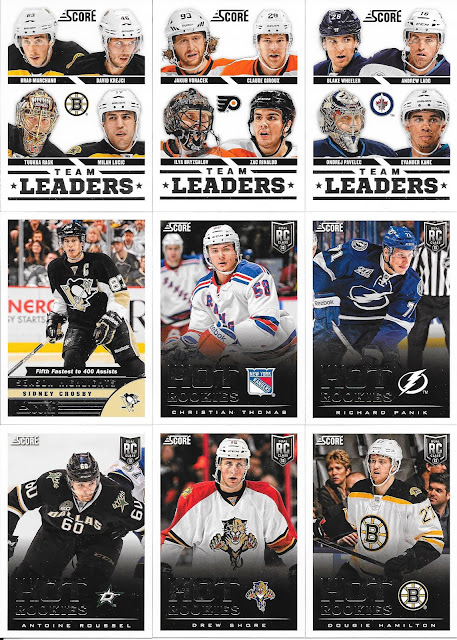 Have to get the Crosby base card in there, and any Montreal card including a flame. Seeing the Leader cards again here, yeah, I like the gold parallel much better.

So after this box, end up with about 62.6% of the base set completed. I was happy there were few dupes in all, and those, I believe, all had to do with the cards I previously had (no dupes within the box, which is typical collation these days, I hope). I am not going to push this as a must collect set, but I can see getting some more of it done gradually, and to a point where I try to finish it off, but I think the first day squeaked out to be the best from this box given the auto.
Posted by CrazieJoe at 8:00 AM