I think it is always important to document important achievements and highlights - especially for any given season in sports. This can be easily spotted and celebrated, or not. What do I mean? 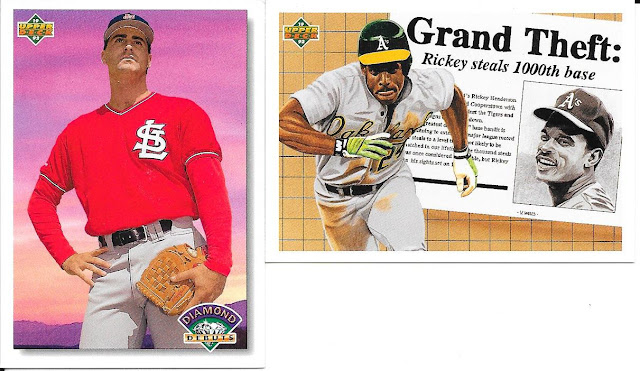 A player debut is absolutely a celebration for the player, but for the sport - it is hard at the time of the debut to necessarily know how big a deal it is. This day and age, the card companies have decided that they need to put anyone and everyone as a prospect to make sure that they get a card out for that 1 in every 1,000 they produce that will actually be a big deal. A little excessive, but I get it.

Highlighting big milestones, like Rickey reaching 1,000 steals - absolutely a no-brained to document, and here done in a nice card.

Nice for a few cards from the newer end of the Santa Lot, especially the rookie cards. 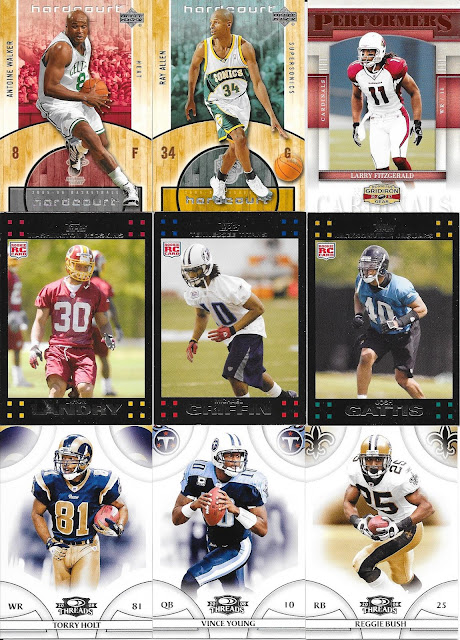 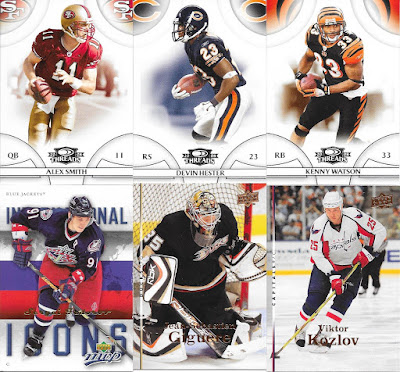 A couple nice cards here I want to highlight.

First, the red parallel Performers card from 2007 Donruss Gridiron Gear card. Mainly, worth mentioning as it is the first such insert from the Santa Lot. It isn't serial numbered, but there are different colour parallels regardless, so there is that.

Although I already have one, the MVP Icons insert of Sergei is a nice pick up too. Would rather it have been done in a Red Wing uni and a few years earlier, but that's just my bias from when I really grew up watching hockey, and where he belongs.