Before more Score, I got a nice little Listia package yesterday. I won a group of four insert hockey cards, but when they showed up, the seller had thrown in a couple more. 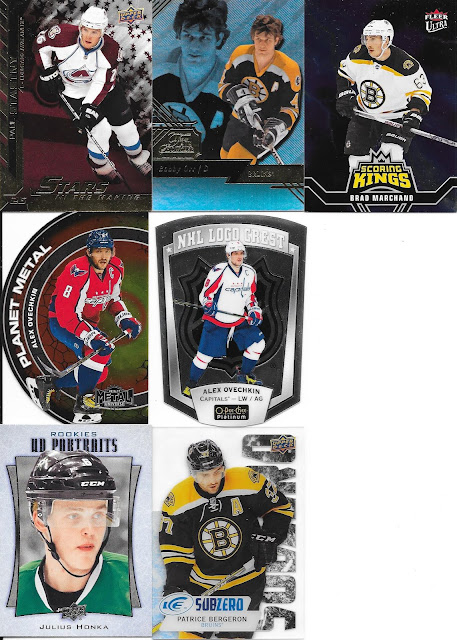 Since I am not one to have cards from the last couple years - most of these being 2016-17 inserts are really nice. As much as I am not an Ovechkin fan, I do like both inserts for the quirky shape/design. I also like the acetate Bergeron. Was well worth the win given the extra cards.

Here we are into stack three of four. Sitting at 35.8% complete (233 of 650 cards) before we get into the cards for today. Without further delay, let's see what we have today!

As per usual, let's start by looking at the inserts and parallels. 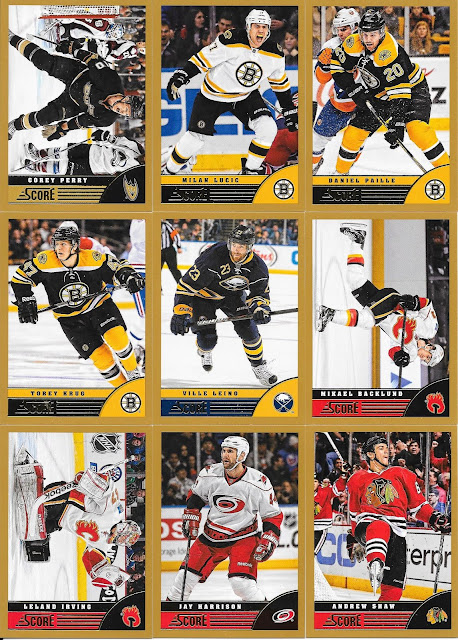 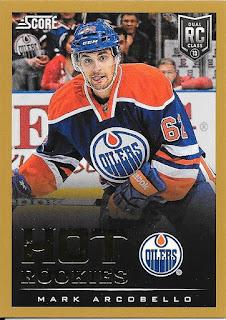 Another 10 gold parallels including one Hot Rookie gold card. The first couple are the best couple with Perry and Lucic, both of which I also have the base card of.

There is also another NetCam card... 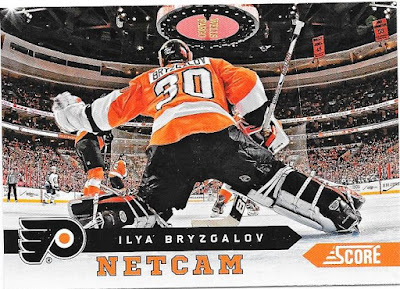 Which just shows me that yes, I do really like this insert with the arena view background.

As for the Leafs, this was a great day. 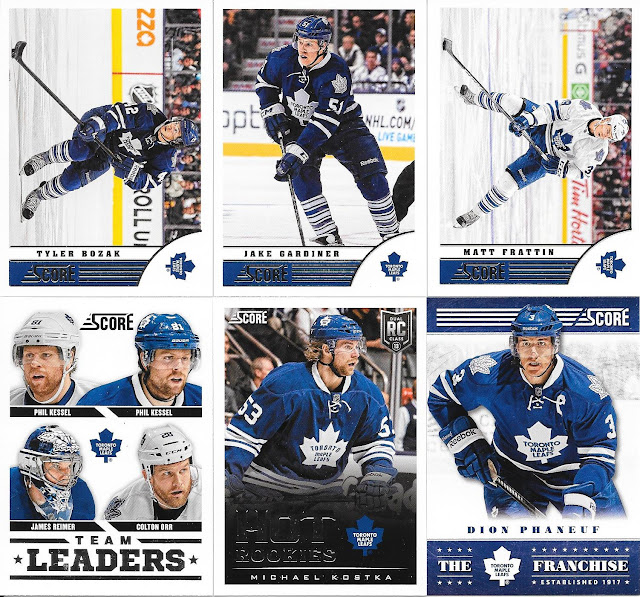 I actually got the Team Leader and Kostka cards in the same awesome pack. When adding onto that the Leaf "The Franchise" card which I needed and these three made for a great nine packs today. 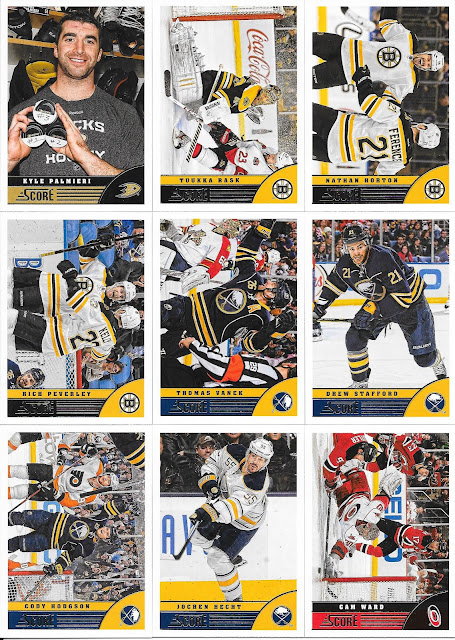 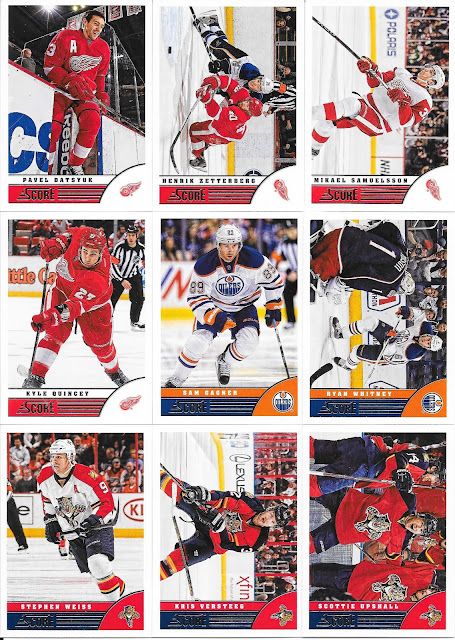 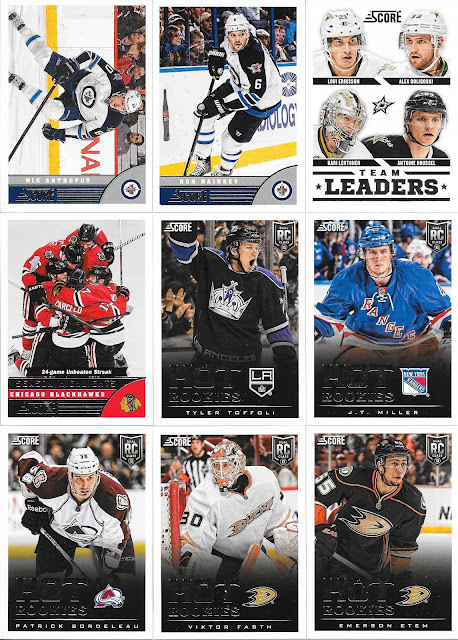 With the base cards, the best part to me was that I only had three cards out of the 9 packs which came up as dupes for cards I already owned. I can't complain about that at all, with almost 50% completion now, with another 9 packs to go.
Posted by CrazieJoe at 8:00 AM