Dollarama 80 - An Average 80 and Timmies

Yup, all it takes is apparently for me to concede that the Yanks look poised to win a series, and they lose it. Congrats to the Astros for the game 7 win last night. At this point, I'd pick the Dodgers in 6, but either team truly deserves it this year, so hopefully it is just a good solid back and forth series all can enjoy (with some nail biting action for those fans of each team).

Finally got my first Timmies card for this year. As most people, I enjoy the hockey cards put out by Tim Horton's, though the market is insane when they first come out, and many people just go and buy boxes of the cards which I find annoying. I figure this year, I would just wait for the cards to start popping up on the secondary market and choose what I want when the price is right. When this came up on Listia, I knew I would need to get it... Yay for being an insert, even though it is just a checklist insert, still a good first card out of the set for me.

That is enough hockey for today though...hoe about some baseball...

So it seems I end up with 2-3 Jays cards in each of these, which, if you do the math, is about right if you figure each team would be represented equally (though I doubt that is really the case). Then the next question becomes whether any of them are needs, which if I am lucky there would be one because of the amount of "junk wax" versus "other" cards.

It so happens then that today would be right where I'd expect when it comes to Blue Jays.

The 1992 Score Kelly Gruber is one I actually needed, so this works out alright for the Jays collection.

As we have touched on here, where there are newer cards, Bowman sets seem to be fairly represented. I gather this is generally for failed rookies and prospect cards where guys just haven't made it yet. This actually leads to the inserts for today. Not surprising either since Bowman has so many parallel and insert sets anyway. 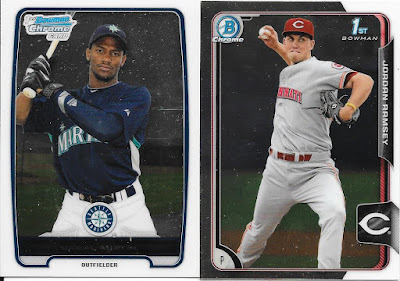 No surprise that with these two, no significant star power, but still cards I didn't have before this.

Any error cards? Yup. Nothing to spectacular, just a 1989 Upper Deck UER. 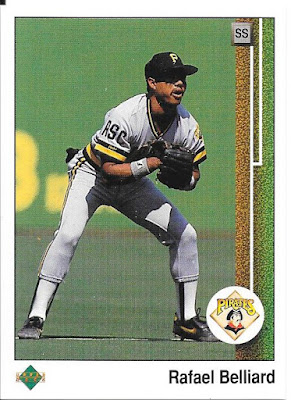 Then we are on to the rest of the keepers... 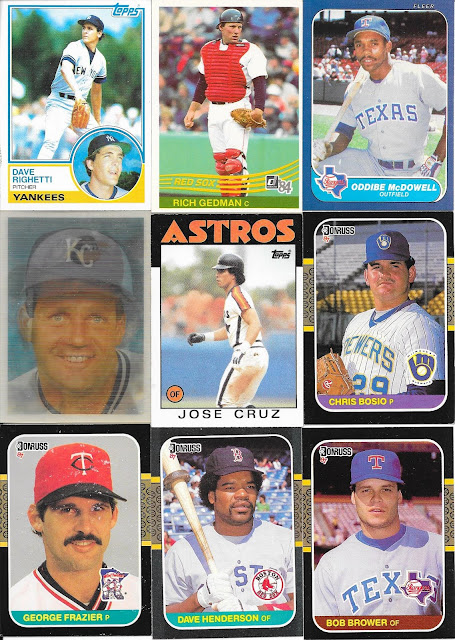 Today we get all the way back to 1983 Topps which is nice, but the Sportflics Tri-Star card featuring Robin Yount, George Brett, and Fred Lynn. 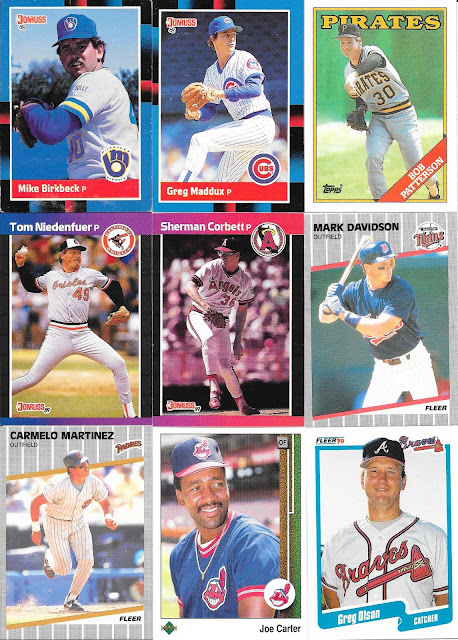 Some adds to more junk wax sets that I have yet to complete, and a nice smiling Joe Carter. 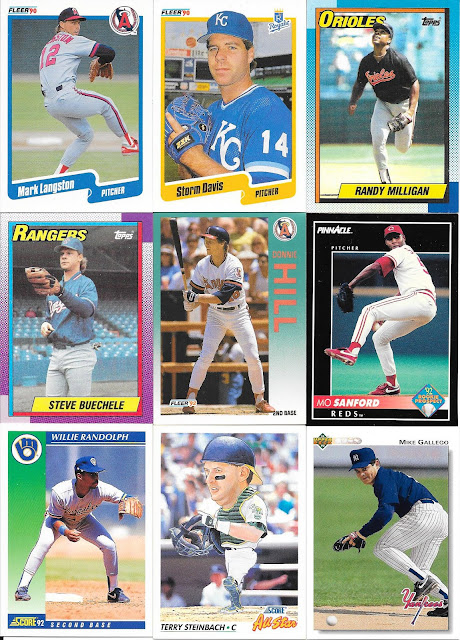 More 1990 Fleer Update which seems to be a staple set from these packs. I also liked the All-Star subset from early 90s score, like 1992 here. 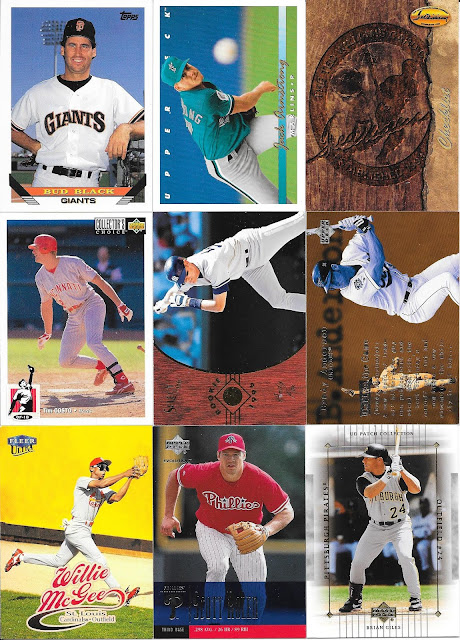 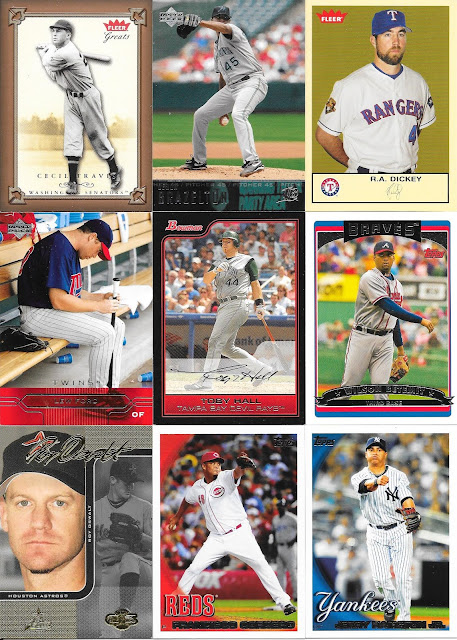 A couple cards here I am a bit partial to - the Fleer Greats for its glimpse of the past, and the R.A. Dickey as Ranger before coming to the Jays.

With finish nicely with some Gold...schmidt.

Another decent 80 - kinda average, but that works for me in these.
Posted by CrazieJoe at 8:00 AM