A couple new packs and Dollar Packs from the CNE

So my kids had a couple gift cards for Indigo which is why we ended up there, but then I saw something I had never seen before.... 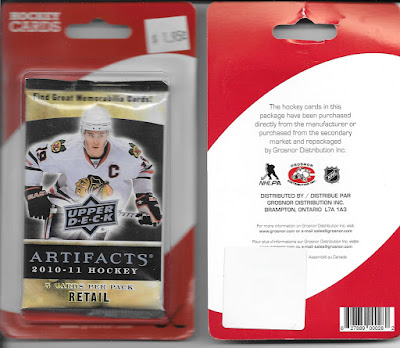 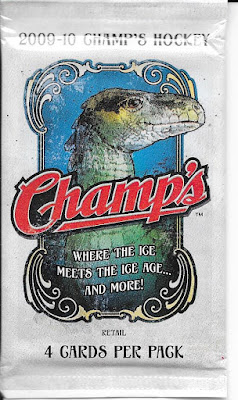 I can't say I have ever seen Champs cards for sale by the pack in stores - maybe once or twice in the card store / local shop, but that is about it.

Excellent adds to the pack collection, that I never would have thought to see at Indigo. I didn't pick up any of the 2012-13 Score packs that were the same price.

Also, as I mentioned (okay....about a month ago), I picked up a number of "dollar packs" at the end of August when visiting the Canadian National Exhibition. These should be good, different content than the Santa Lot, but a good variety nonetheless. Usually a few different sets and multiple cards from each from my past experience, but will have to see, so here we go... 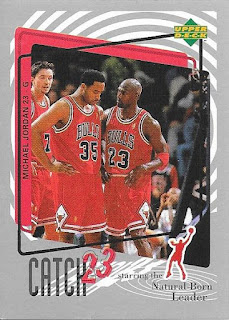 First up is this lone sticker. Can't complain about getting anything Jordan related when it comes to basketball, so anyone interested, just let me know. This was the only sticker. There were also 26 cards as per below. 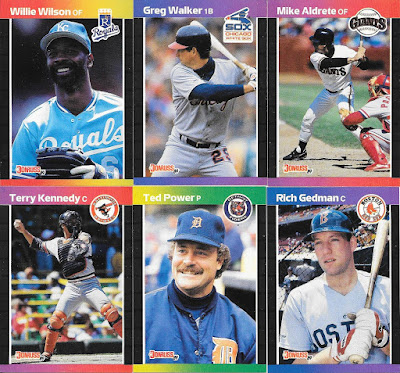 Some classic 1989 Donruss cards of which I didn't have five. 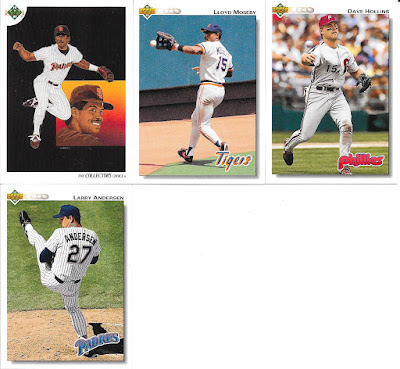 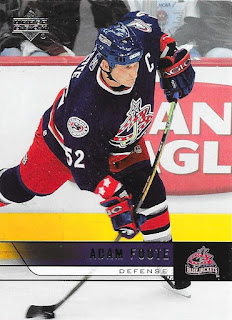 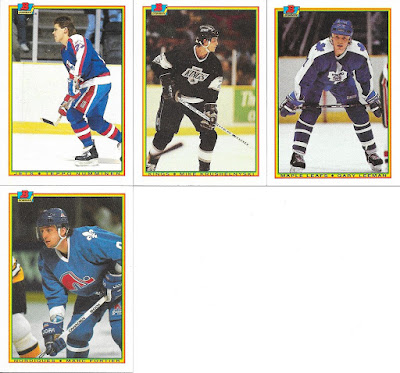 Cards that I swear, no one needs as everyone and their mother has a complete set - 1990-91 Bowman (though I will keep the Leaf card which will be the third I have of it. 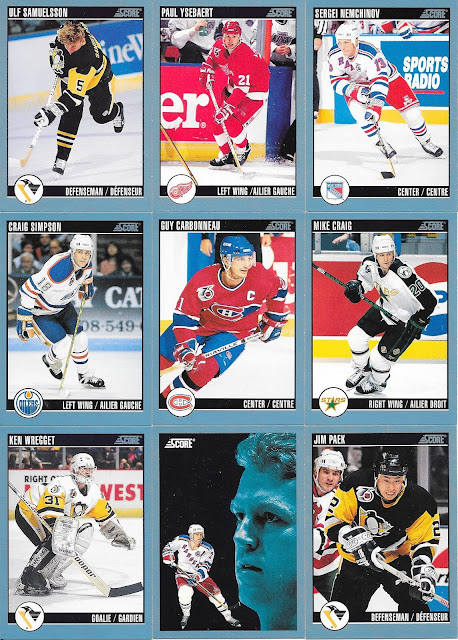 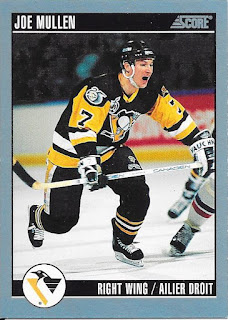 Yeah, the big winner is 1992-93 Score Canadian with 10 cards, all of which were needs as I don't have many of the cards from the set. Tough I don't really like the border colour, I do like the Leetch Dream Team card, but I would lose the colour or make it white, and then just add the name under Score and above the full photo on the front for easier identification.

Well, there you have it. In truth, the cost was $5 for 7 packs, and assuming each has about 25 cards, that works out to about three cents a card which isn't half bad!
Posted by CrazieJoe at 8:00 AM