First, I wish I had more to give....I did a trade with dicefoot at TCDB and was only able to fill some needs regarding 1994 Panini baseball stickers. What I received in return included a few little oddball goodies. 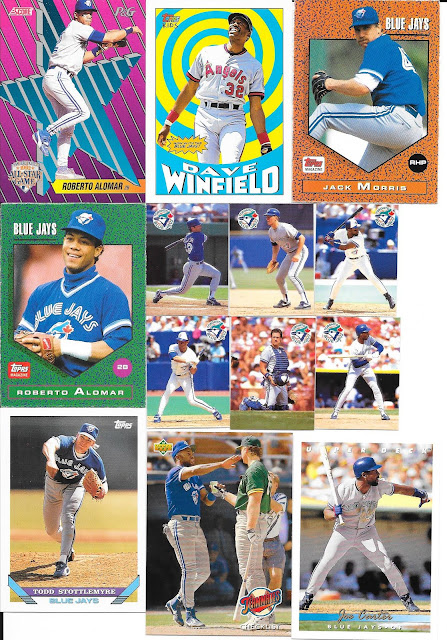 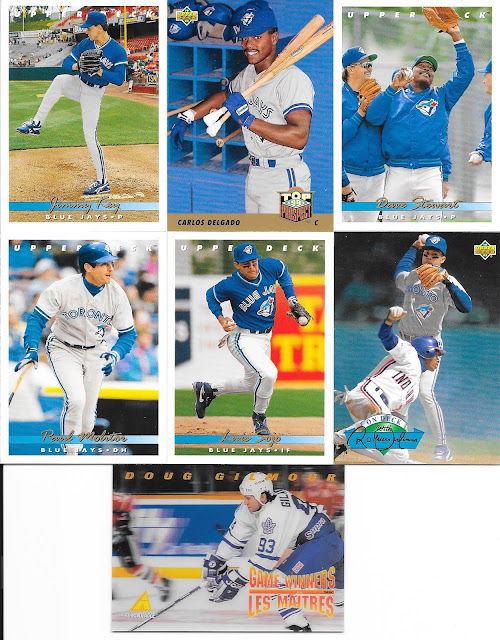 Some nice oddballs like;
- 1992 Proctor and Gamble Alomar
- Topps Magazine
- Humpty Dumpty (man, I remember getting those back in the day, wish I saved them all)
- One hockey card of Douggie which is a 3D McD

Too bad those 3D cards have heavy tendency to curve. Will get a bit better once in a page,...

In other cards for me news...so I got these from Trevor over at Supporting The Minnow, and figured I'd open them today and see if I luck out with a Leaf or two... 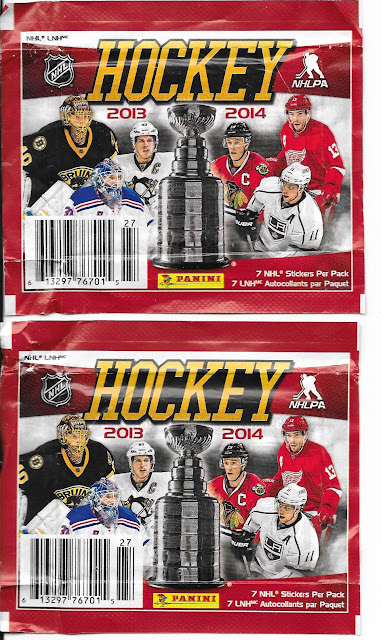 Man, this pack has some legs....and a bunch of goalies....and an online code card (honestly, does everything have those type of codes these days...).

An interesting take on the design using the team logo for the background. Not a bad idea, and different than a full action shot, but it looks too lost because of how much the player photo takes up. Not a complaint per se, just an observation. 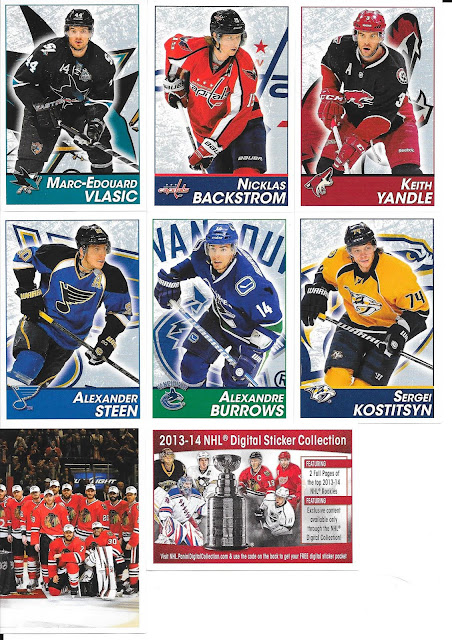 No goalies at all in this pack, but more so, no Leafs in either unfortunately.

Oh well, a bit of a stinkier with no Leafs, but all new to me anyway, so there is that going for them at least.

I doubt they still work, but if anyone wants the sticker codes, they were - NQMD-X1IL-52EH and NG5Z-61IT-J2LU assuming I typed those out correctly.
Posted by CrazieJoe at 8:00 AM