Time to Gross out

I know I haven't talked much about the World Series - I am following it, I just figure everyone is talking about it around the blogs, and with the teams involved, those that are more invested in it that I. With the Jays out, it is of less interest to me, but still curious to watch for good baseball.

Before we get to the real gross out, some consider 1990 Donruss pretty gross because of the very red design. Frankly, I don't mind it too much, and I am sure Reds collectors find it pretty nice. Plenty of the red stuff in the Thanksgiving cards - actually only a few cards (say 100) that were not good enough condition for me to keep. I have the base set done, but still gained a few collection cards. 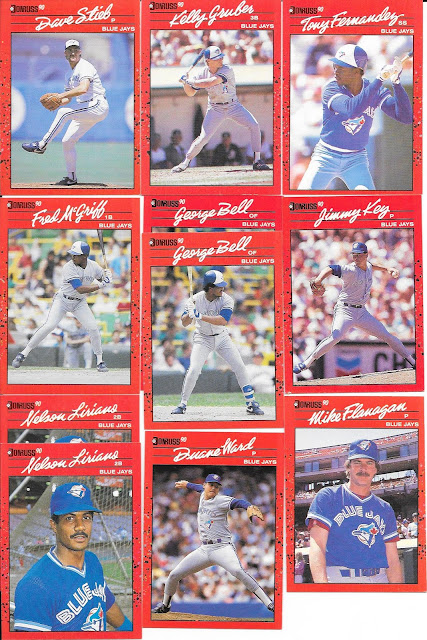 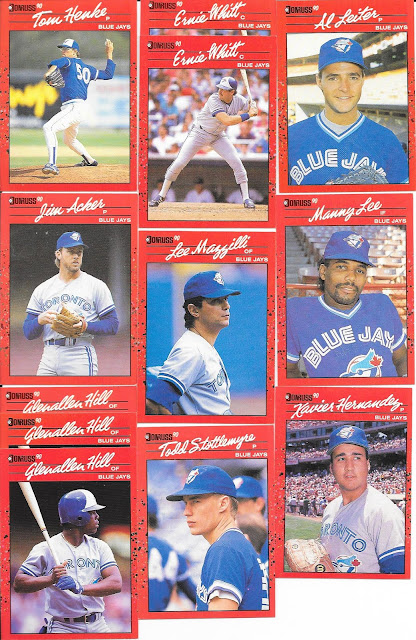 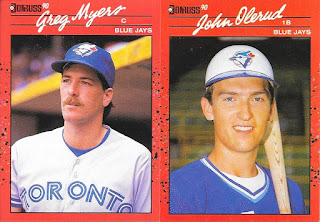 Standard Jays for the set. 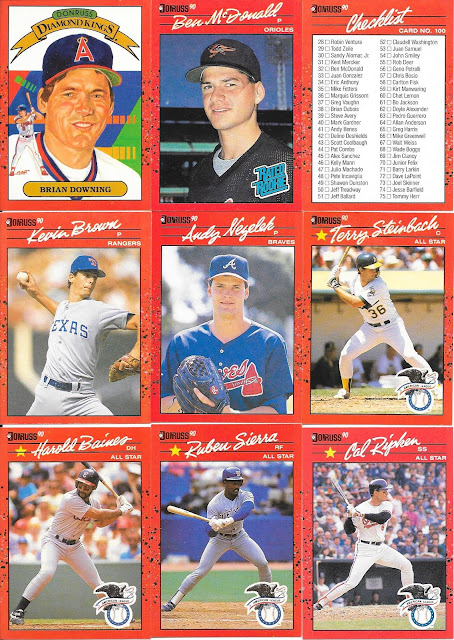 A number of error and variation cards. Most of these are the All-Star cards which came with backs detailing all star performance or recent stats. 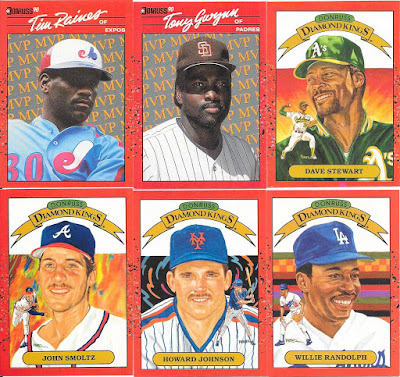 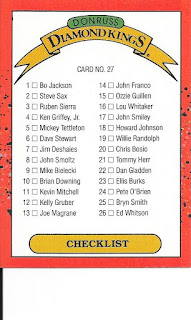 Though I do have the base set done, I am missing a couple of the bonus cards and would like to get those done. I also would like a dupe set of the Diamond King cards and I am most of the way there on that as well. 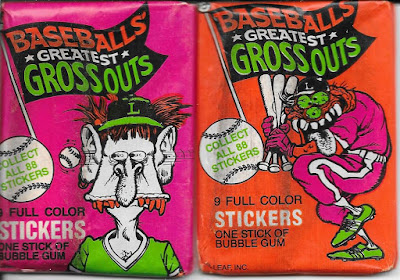 Why not open something that I have no interest in keeping, but that should be at least worth a laugh? These are coming out of 1988 and were an earlier...grosser take on what would be in the same vein as the looney tune baseball cards circa 1990, and somewhat similar to Garbage Pail Kids, though not as disgusting generally.

Just right off the bat - I threw out the gum and one card from each pack it was stuck to. The gum was a nasty nasty colour and well yuck, didn't want it in the house so it is well gone and thrown. As for the cards...let's take a look...

Funny...this isn't the set I thought it was, as the gross out type set I have (and hadn't specifically cataloged, is different. No matter, I won't be keeping these, though likely using as packaging material.

Pack 1 (the 8 remaining cards which are in good shape): 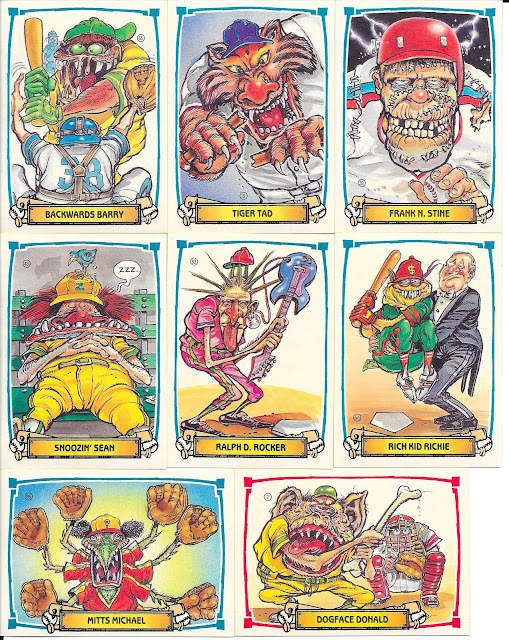 Well...they are colourful and somewhat disgusting like garbage pail kids. I can see how they could have appealed to kids at the time...not sure about the parents getting them though.... 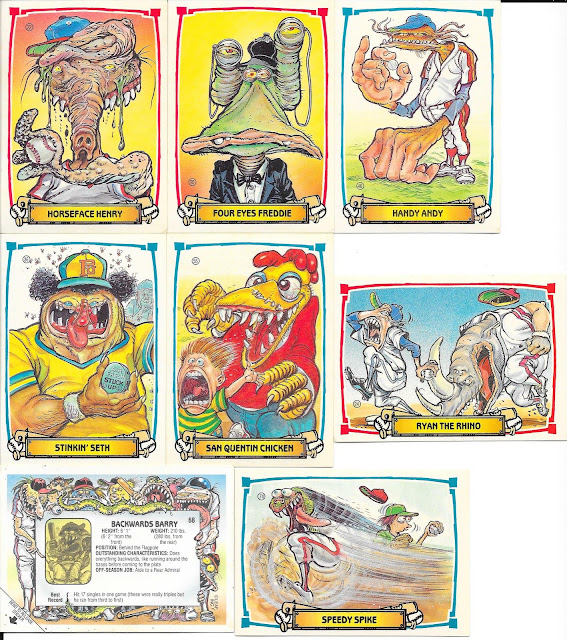 A second pack, and there is one dupe from the first, so you can see the scanned back. They try to be funny - I am sure kids again would find these funny.

Personally, I like Four eyed Freddie - his position is seeing-eye umpire. Apparently in the off-season he designed the LA Freeway exits - I will assume I can understand why that would be funny, but leave it to any of you who know better to agree or disagree (either back when the cards were new - or now).

Well, this is something I may never cover again, but still, interesting in an unusual kinds of way.
Posted by CrazieJoe at 8:00 AM