Dollarama 80 - Was only one card from this set produced?

I am going to stick by my rule on these and not bother scanning my dupes. That said, what does the title refer to? Well, 1994 Ted Williams srt is an interesting one, and yes, I am cheating a bit because I do have two cards from the set, both of which came out of these dollar store buys. However, I have received 4 copies of the Cliff Floyd card - 2 in the last pack, and two in this one. Did they accidentally print a few thousand extra pages, just with Cliff's card? Luckily, there were some other cards and this package turned out alright, though I think I have seen better.

Today's pack, we will start with the Jays:

Three adds isn't bad, and all of these are my second copy (so it ensures if I ever look to complete the respective sets, I will have the dupe card to do so, and keep one in the Jays collection.

As for inserts, just one: 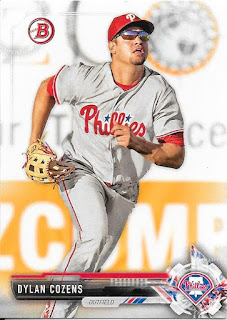 No surprise that an insert comes from the insert heavy Bowman product that is these days. 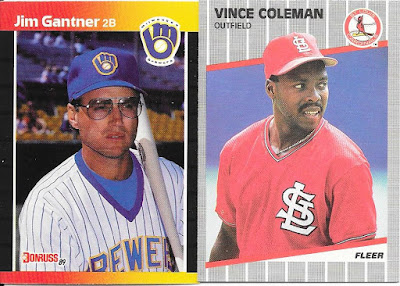 Both are UERs, but still works well for me.

Now on to the picture heavy part of the post - the rest of the keepers: 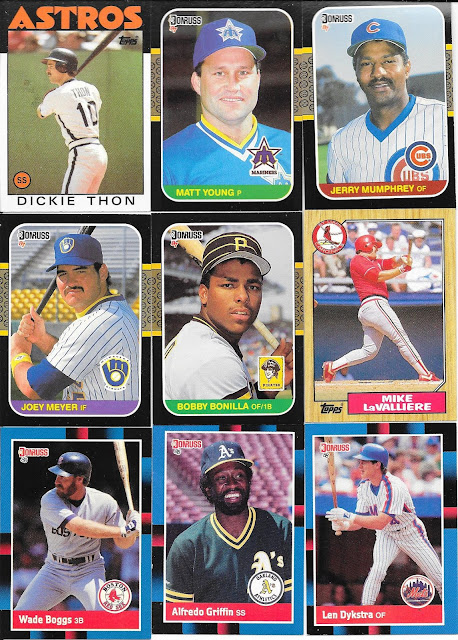 I live the post-Jays Alfredo - man always looked like he was having fun. 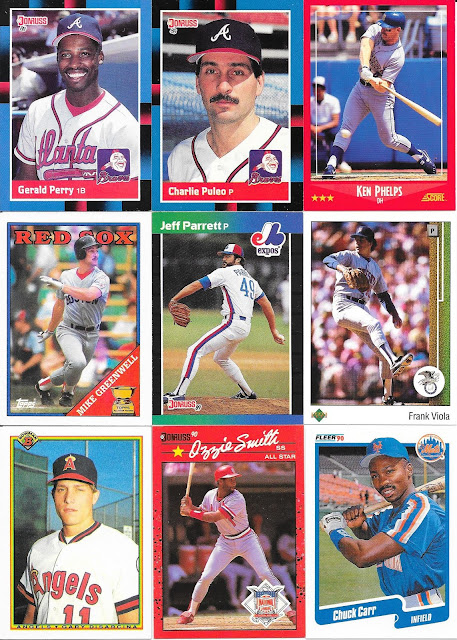 I thought I had the error Ozzie 1990 Donruss in my set build and was going to switch it with this, but I was wrong..both the correct version, so this will be a dupe. 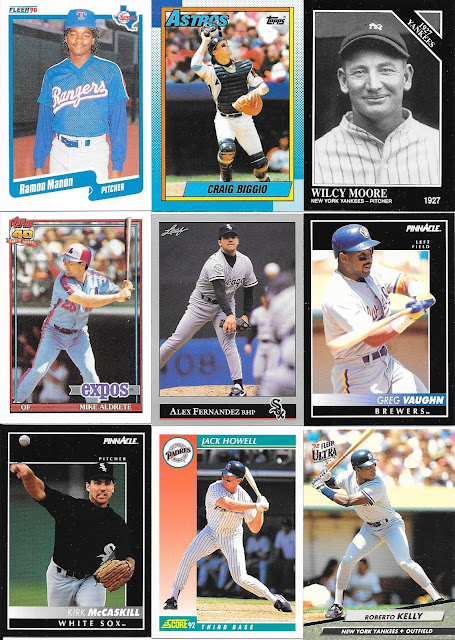 Definitely one of the highlights is the Conlon card of Wilcy Moore. This is a really great set of some past players. 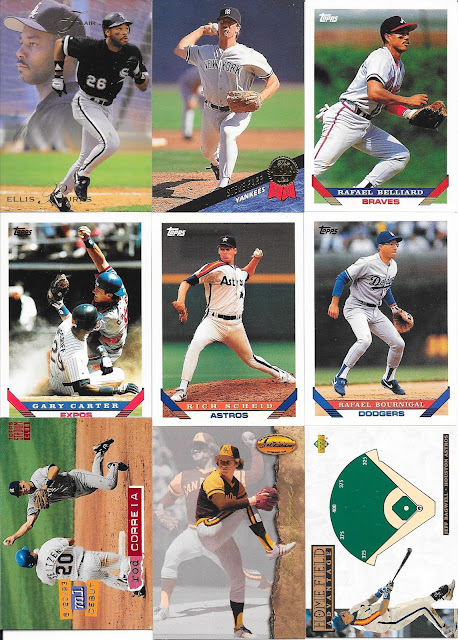 This is the first 1993 Flair card I have ever seen - definitely high end. Very thick card stock, and nice full picture design on the front - I need to see some more of these. 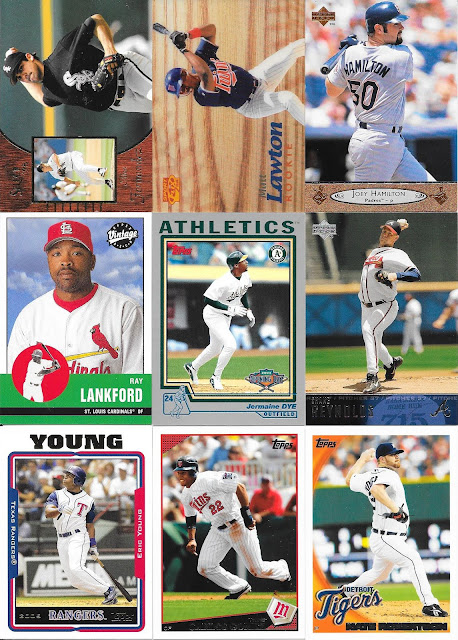 Matt Lawron - 1996 Sport Flix...I have to say, interesting design for a "3D" card with the lumber background. 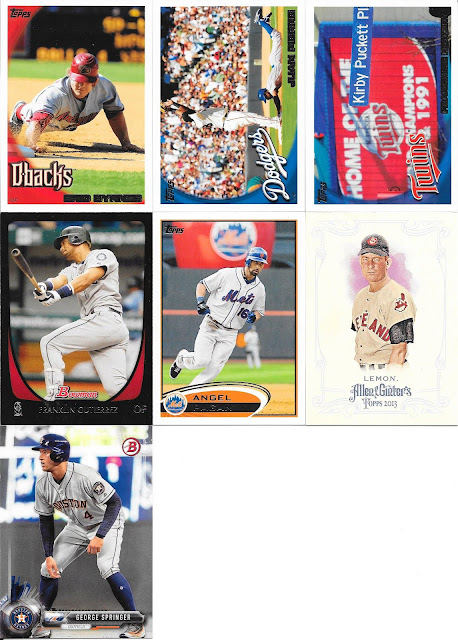 Here we have the 2010 cards and beyond. My take away on these....I really need to get the Blue Jay team card from 2010 Topps because the franchise card is pretty awesome. It reminds me of the 1990-91 Pro Set hockey subset which focuses on each franchise in a similar fashion.

Not a bad pack overall - but no serial numbered cards....hopefully that changes with the next one.