I have absolutely no cards from this set - no inserts, no base, no subsets, no parallels, to anything. 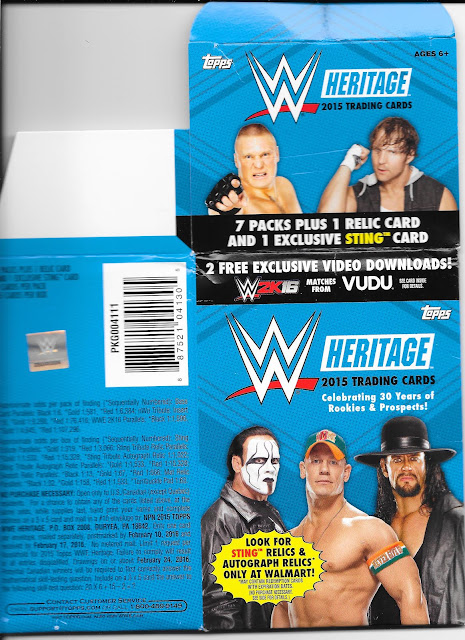 As usual, there is the blaster box squashed down to size. 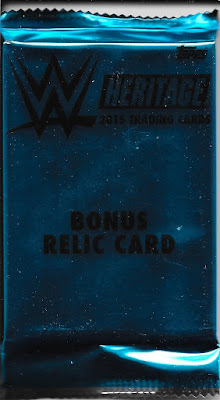 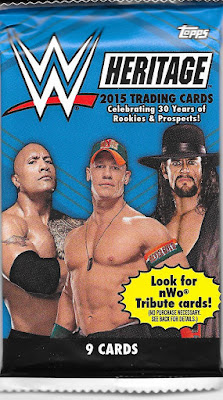 As usual, we skim out one pack and the relic pack for the unopened pack collection. I can't help but notice that Sting morphed from the box, into The Rock on the individual pack...

So the box is made up of only 7 packs and the relic, so we are down to a 6 pack box. First thing out, the packs are thick. There are 9 cards per pack, but can already tell, thick cards, which is typical of Heritage and one of the things I really like about it. 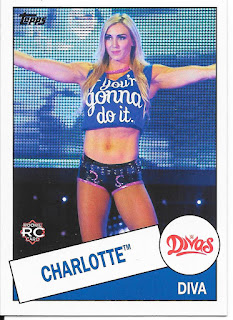 Well, if you are going to start right - might as well do it with Flair. Not that I need to tell 99% of you that the design is based on 1985 Topps Baseball. I like the name - hate the Diva logo, but it was on it's way out in 2015. Nice to start with a Charlotte rookie card though. 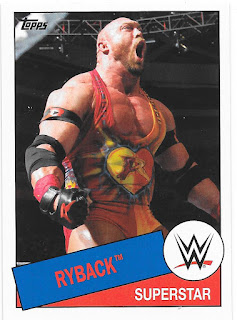 Feed him more....funny, actually looks like he is ready to eat. I don't overly miss Ryback though. 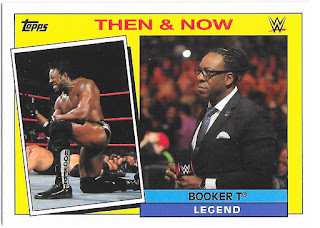 First insert (there are plenty per pack actually). I really like this one with the Then and Now set up - works for so many wrestlers. Apparently for this set, it worked for 30. 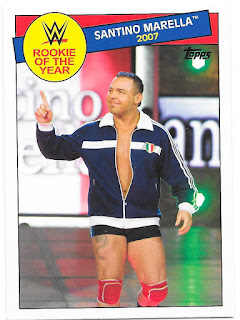 Rookie of the year subset, and we have Santino. He did have a memorable first match being picked out of the crowd to fight Umaga (RIP) and win after Lashley-ference. 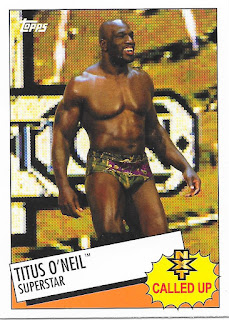 These NXT call ups are from the last few years obviously, as Titus was on the main roster a few years by 2015. 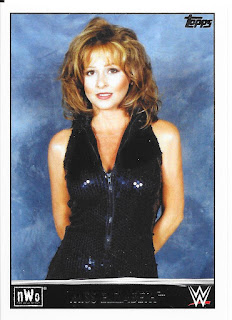 Ah, an actual insert with odds (one every six packs) with the NWO Tribute. She was never a good fit to the NWO to me - just wasn't her style. I get why it was done, but not a move I cared for. 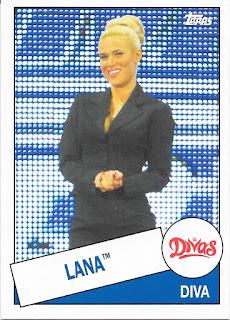 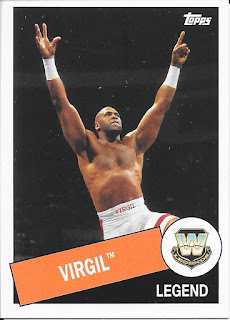 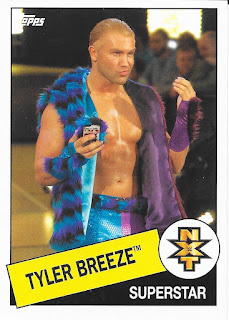 Lana hit her stride in the last year or so, finally starting to pick up at least a low passability of skill in the ring.

As for Virgil - not sure legend is appropriate in some regards - but as the old argument goes...if Koko B. Ware is in the Hall of Fame...I guess Virgil can be a legend. Million Dollar Man - absolutely. His bodyguard...not so much.