Before the pack - a little organization sharing. I finally took the time to go through TCDB and get my want list - more or less - in place for Magic Cards. Not an easy task as it meant going into each and every set and every insert/parallel, and find the artifact cards as that is what I collect. Not a perfect job because there are some small sets and promos, and such which I probably missed the artifacts for, but probably caught 95% of it, so yay for that.

I think my wants are basically up to date across baseball, hockey, and Magic now - wrestling is still a work in process though. 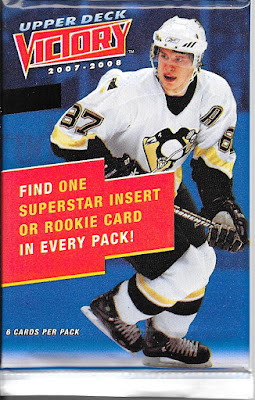 Nothing too fancy in Victory as it is a good set for started, but not one I have too much out of either. 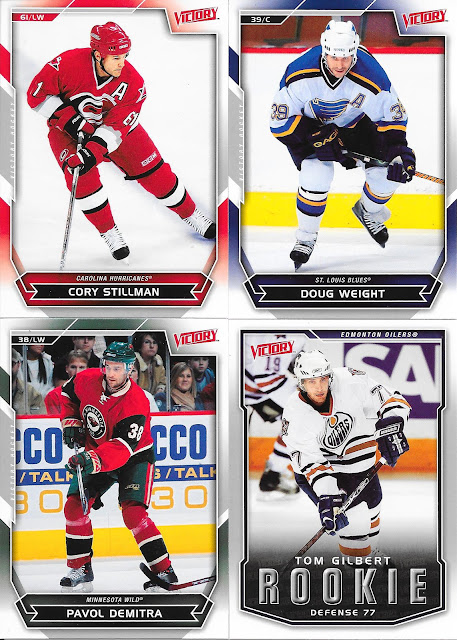 Rookies fall every other pack, so nice to get one. With a career still going at the NHL level, Gilbert is definitely a "hit" pick for being a rookie card.

Though there were a couple dupes... 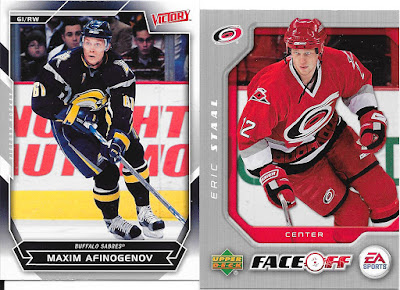 Didn't quite get the right odds on this one. The Face Off cards fall one every 10 packs, and there are 6 cards in the set, so basically, one in 60 packs would have the Staal card - and I already had it (the only one of the Face Off insert set), and poof.

Not a great pack unfortunately, but it'll have to do. Tomorrow...another blaster from Dave & Adam's!
Posted by CrazieJoe at 8:00 AM