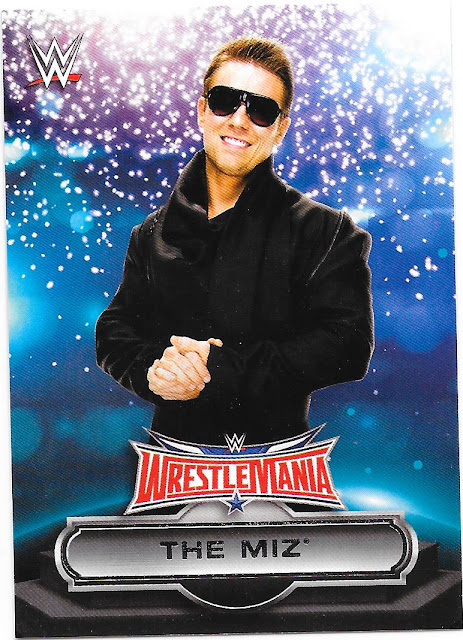 The Miz has been one of my favourite wrestlers since before he won and cashed in Money In The Bank. As part of MNM, he was okay, but didn't really wow me until he left John Morrison (ie. Johnny Nitro, Johnny Impact - but not Johnny Wrestling). I think you could see the effort all along, but it wasn't until he went solo and found himself a more solid character, that he came into his own.

I love the fact that he was able to main event Wrestlemania, and defeat John Cena - never can take that away from him. Even now, his character works well to tick people off, but yet, as a fan, I can only applaud his effort and say he deserves and has worked for all he has been able to accomplish. Honestly, he has to be considered one of the greatest Intercontinental Champions of all time. 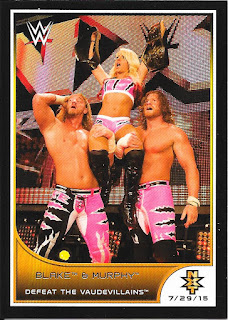 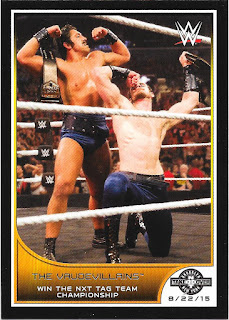 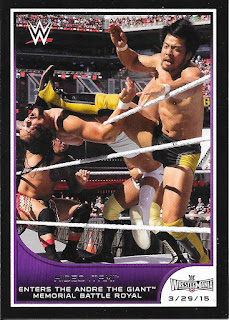 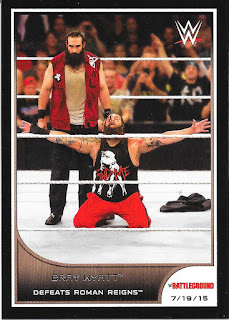 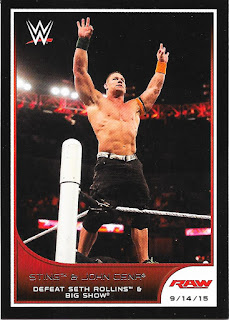 Five more base card adds which are exciting and highlighted by NXT Bliss! 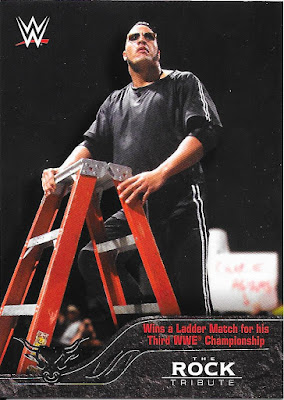 We then end with a Rock Tribute which highlights his third Championship win. These sets are nice to also be able to show the evolution of his hair and how it has left over the years.

Separately, I went by 401games to pick up a few packs of the newest Magic set - Ravnica Allegiance. With three packs, I got two different artwork ones to keep, and one pack to open. 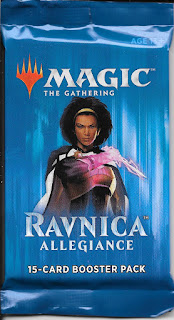 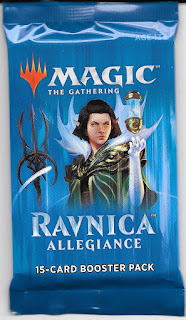 So let's take a look and crack the third and see if we either get something worth trading back in, or better yet a nice artifact or two. 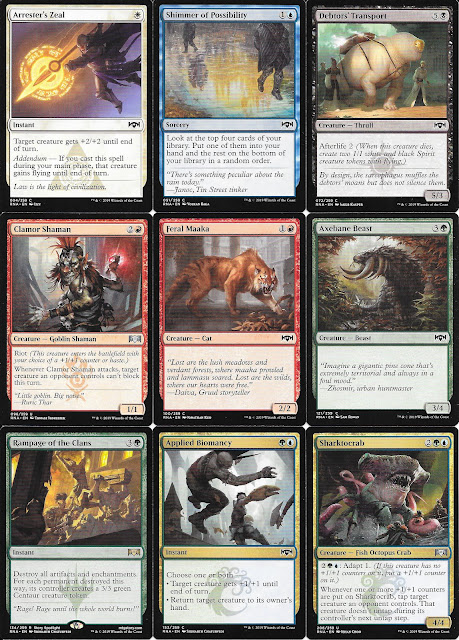 It has been a while since I have seen some straight beasts - no abilities, just power and defense, in the same pack. Here we have Feral Maaka and Axebane Beast. 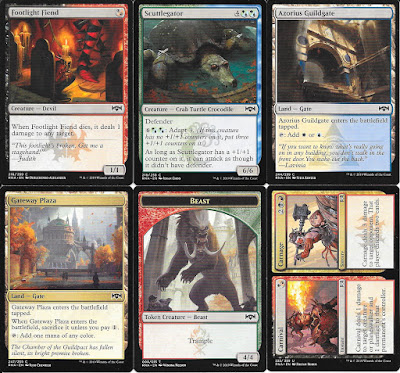 I don't mind all of the token inserts these days, especially when they are nicely done like the Beast here. 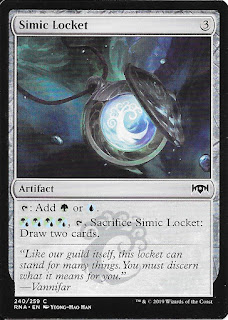 Here we have the single artifact in the pack. A lowly common which I can probably get for a quarter or less. Oh well, not the greatest outcome for the pack - no big dollar cards, no foil and a single common artifact, but you can't win them all.
Posted by CrazieJoe at 8:00 AM