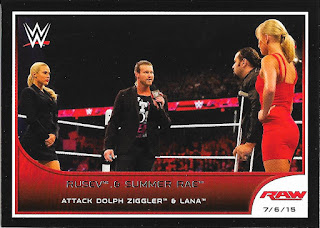 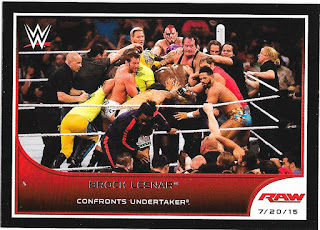 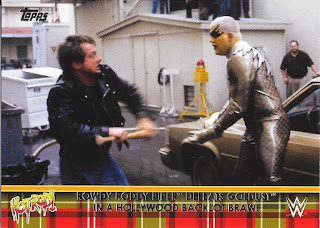 Another Roddy Piper insert card in the pack today. This one was an interesting match, and really probably not an angle we would we run again today due to the homophobic overtones. Definitely something out of the attitude era, this brawl saw a wreck with a car and a match ending in the ring later (the backstage part was taped before, and the match itself picked up heading to the ring accordingly).

Not a fan of the taped matches as it must kill the mood for the live crowd at these events. 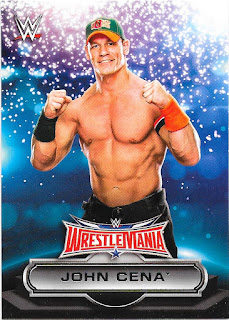 Yeah - probably know this guy if you have seen any wrestling in the last 15 years, or any of the movies he was in (personally, I enjoyed his voice on Ferdinand, as did my son who thought it was hilarious). 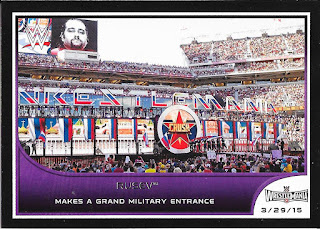 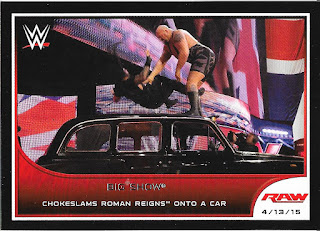 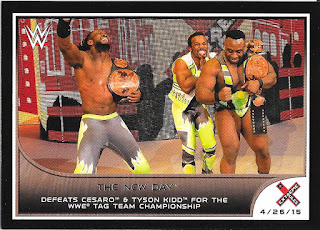 The Rusev tank entrance at Wrestlemania was big, but wasn't great - just big. Probably would have gone over well if it was on Rusev Day, but this was before the first Rusev Day.