Let's start with a nice trade I had with kdinthejaw at TCDB. Another nice case of turning some duplicate hockey cards into hockey cards for my collection. 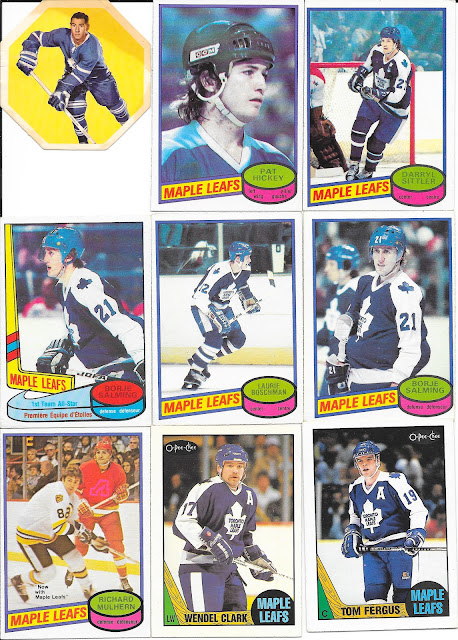 Part of the nice thing about collecting Blue Jays, is I don't have to go out of my way to get old expensive cards from the early 1900s since the team was only around since the late 79s.

Though, the Maple Leafs still give me this opportunity at least, to get some older cards - though I still won't shell out big bucks, but will pick up some where I can.

My collection is pretty sparse pre-85, so when I saw a number of earl 80s cards, I knew I needed them in the trade, including the two Borje cards. 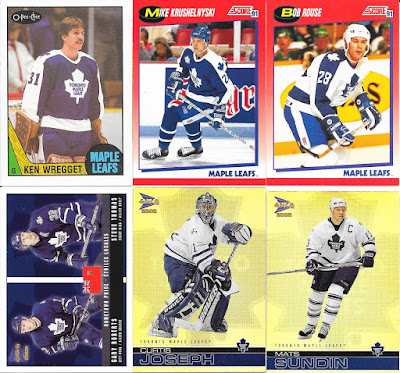 It wasn't all old, some nice McD cards from the early 2000s end the small PWE trade.

Thanks as always to kdinthejaw for the great trade.

On to the pack for today...

Legitimately, I think this pack shows that only one of these cards doesn't deal with a true legend. 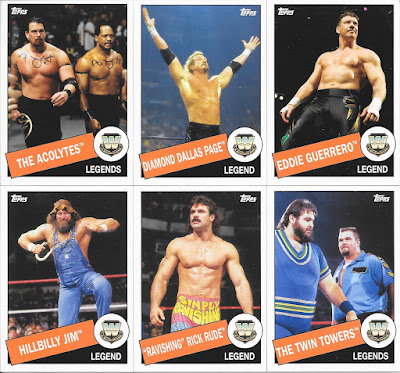 With about half the base set being legend cards, and since all the base cards in this pack are from the first half...they all end up being legends. Low man on this totem pole would have to be the African Dream Akeem. I preferred his One Man Gang persona personally, but he could really change it up with the Akeem shtick. 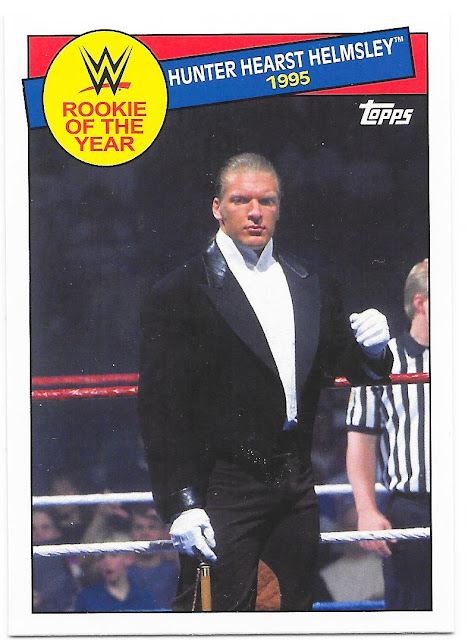 1995 rookie of the year....you think? Triple H has probably gone on to a greater career outside the business than he had in, and that is saying a lot. He was a great wrestler - like him or not - but what he has done with NXT and other projects, really show that he is great hands to have the wrestling business in as Vince steps away (whether choosing to, or otherwise). 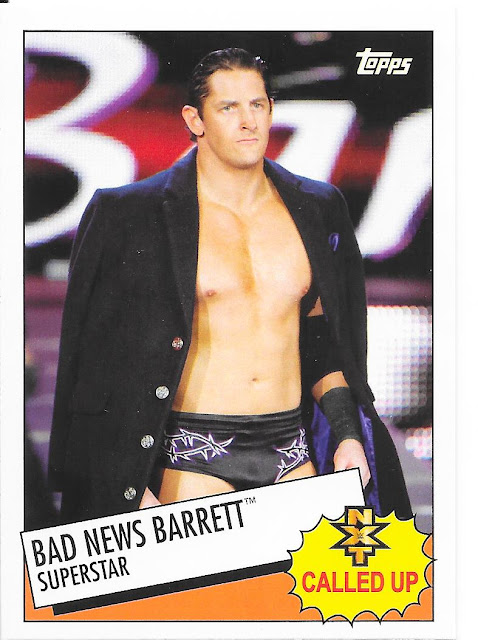 Well, I got some bad news for Barrett. Actually, not really. He is one of the guy that I think ended up for the better leaving WWE. He could have been so much more if they pushed a little harder on the Nexus angle and had him really one-up Cena, but it wasn't meant to be. He never made it quite to Legend status... 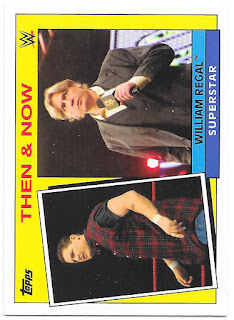 But here is a man....such a man...he's a real man's man. If I were to hypothetically collect wrestling themes (in theory - I swear) and had say about 2,500 spanning WCW, ECW, WWE and everything in between from about the mid 80s to now, I'd still think that theme would be one of the ones that just stuck up in my head. Just saying. Oh, and I really need to update that...hypothetically....haven't hypothetically done that the last few years given the access on YouTube.