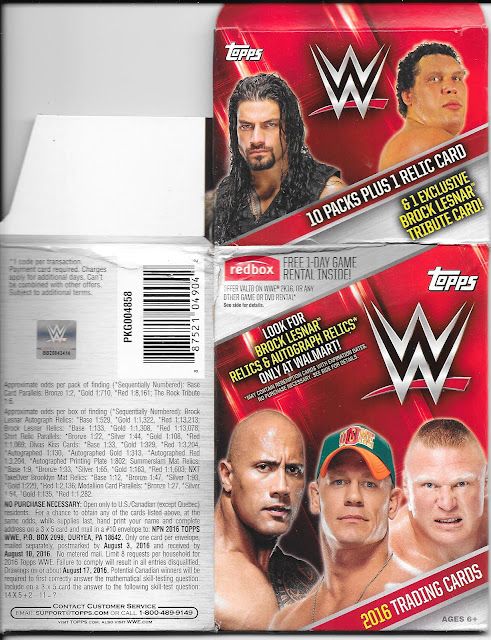 Today, we start in with the 2016 base Topps set for WWE. Not sure what to expect, other than, I really like the base set and hope to get a good start on this one since I have absolutely zero of the base cards going in.

The box is standard fare with the big names pictured, and Andre for the historical aspect. 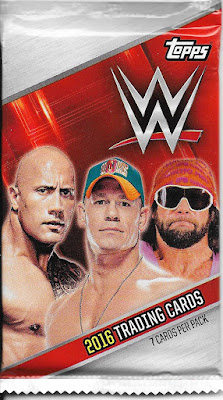 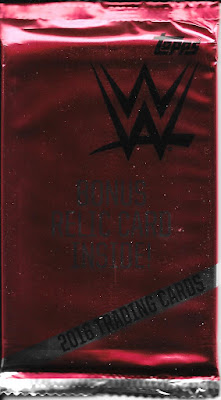 We flip Macho Man onto the pack with Cena and the Rock, so this pack and the relic go to the unopened pack collection leaving 9 packs, 63 cards in total...my guess being about 40 base cards of the 100 will be collected here. 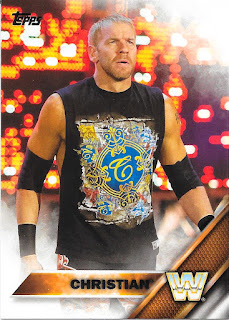 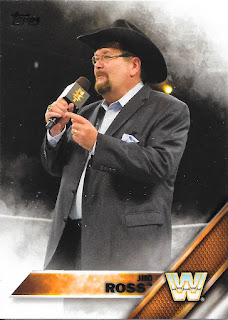 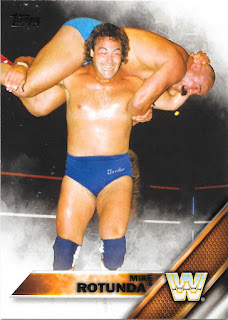 As usual, we get a bunch of hall of fame calibre legends in the set, and the standard Topps design used on the baseball flagship set for the same year. 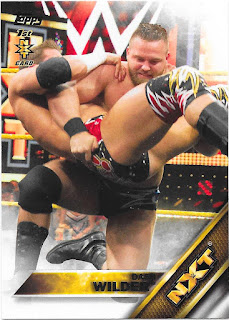 As in the past, the NXT insert set with up and coming and rookie NXT players, such as Dash here, who is now on the main roster as half The Revival tag team. 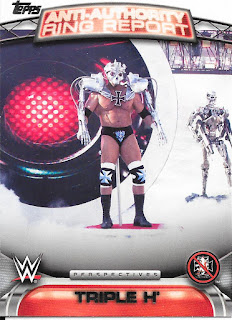 An Anti-Authority Ring Report on Triple H. Interesting insert set that looks at the authority, and anti-authority side for each superstar. A nice pic of his Wrestlemania entrance that year. 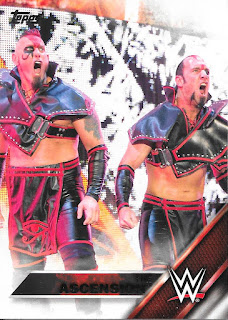 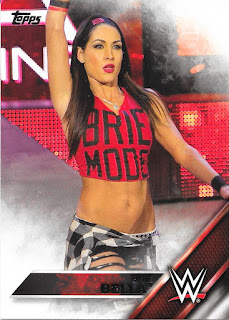 We end the pack in BRIE MODE! Brace yourself.....