If you collect flag cards...

Theme collecting is an interesting thought. Instead of caring about sport, or subject of material, just collecting for a theme - be it mustaches, blowing bubbles, photo bombs, or in the case of today's example - flags!

Some simple ones come to mind, such as the Opening Day baseball cards as many show flags opened on the field, or otherwise - but I can't even imagine how you would have to look at all the cards or sets to figure out what you would need for such a collection. If you didn't glimpse at all the cards in some fashion, it would be hard to pick out cards like... 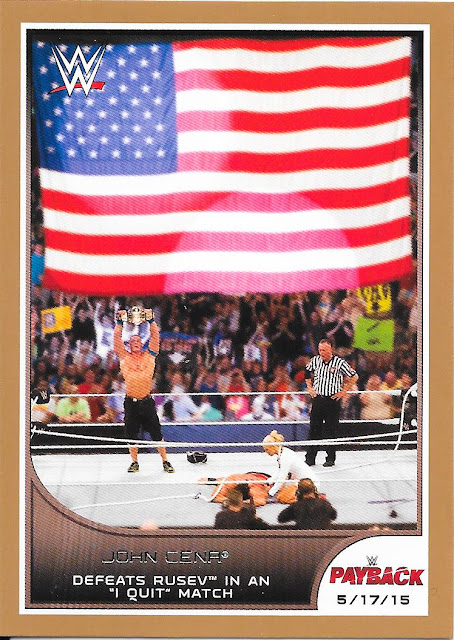 I got a bronze parallel version here, but even the base, would be hard to know from the name of the card that there is a whopping big flag on the front, but there it is!

As for the base cards... 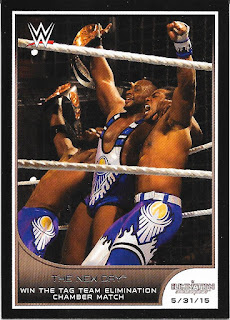 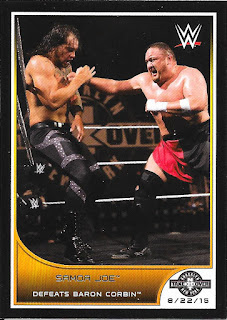 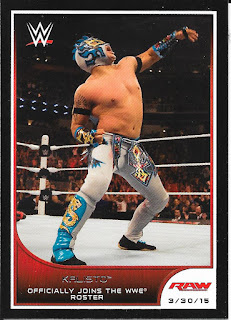 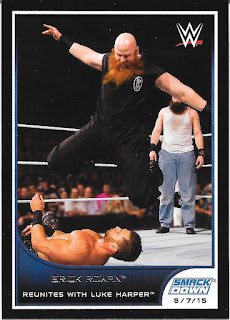 Personally - The New Day card is best here - personally, just enjoy seeing how much fun those guys are having these days with the gimmick and hanging out together. 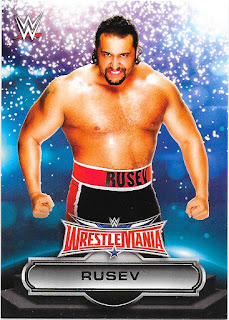 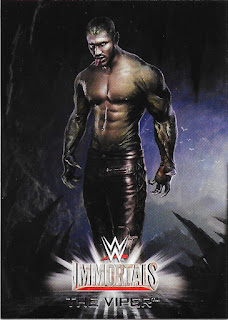 WWE Immortals is a fighting game which basically supes up the wrestling characters into a make believe Street Fighter-esque game. The Viper - obviously Randy Orton - looks much scarier than even Randy does....interesting cards, but not an insert set I would really care about.