A surprise package! What did you think I was going to say? After a couple messages back and forth, PapaG321 at TCDB was nice enough to send over a PWE with some Magic Artifact cards over for future considerations (which, as I am into busy season, will probably be pulled this coming weekend - I end up slowing down on being able to send things, by a few days, nothing more, from February through April. 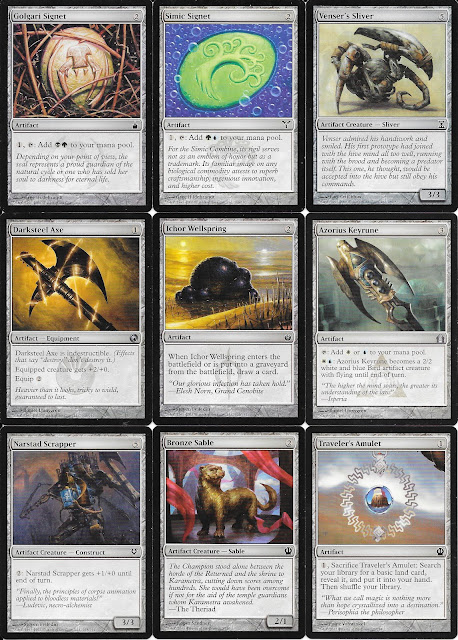 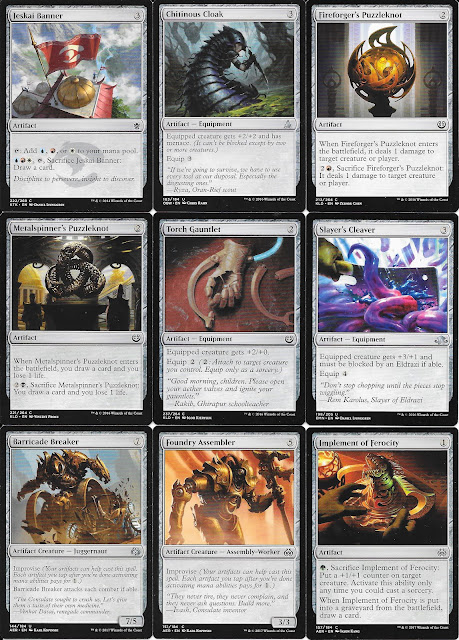 A great variety of cards, and about half were completely new to me, but all are keepers (again, I keep four of each as that is what you can play with).

He also sent along this... 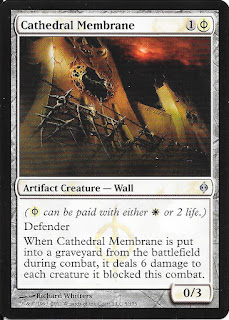 I wanted to see it in hand to decide whether it should be considered an artifact card or not for my collection. Bottom line - I don't think it cuts the mustard. Like the Eldrazi cards, even Wizards of the Coast don't list them in the same section of the sets, but separate, so that gives me enough to consider them separate. Still nice to get one in hand to decide, and grateful all around for the package. 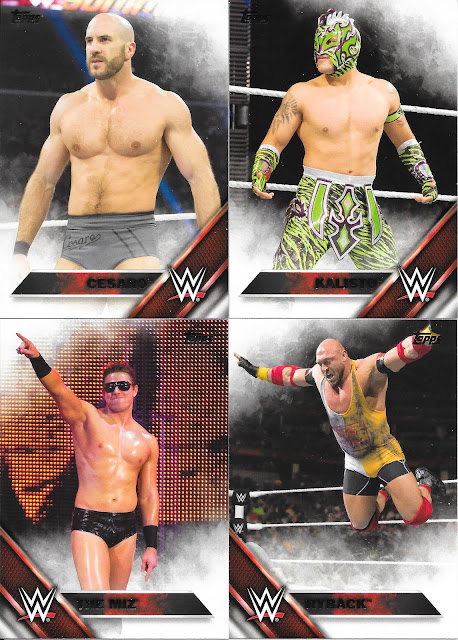 We start this pack with the Swiss Superman Cesaro, but highlight is my favourite is my favourite wrestler of the last decade - The Miz. Would have preferred an action pose, or maybe a full get up entrance shot. 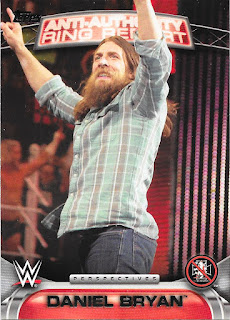 The B Plus Player....lol, I thought that term for Bryan was great...a good backhanded compliment. 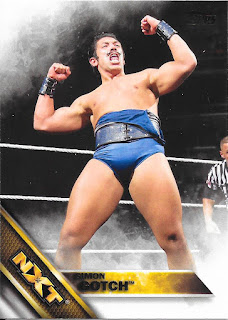 Already gone from the WWE...poor Gotch. 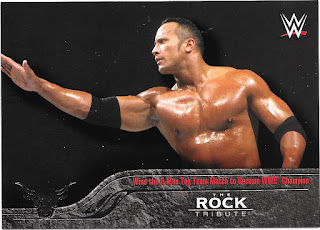 This is what I was smellin' - the first Rock Tribute card. This commemorates his title win at King of the Ring 2000 - part of a tag team match where the person who scored the pinfall, won the title. Haven't been many matches like that...before or since.