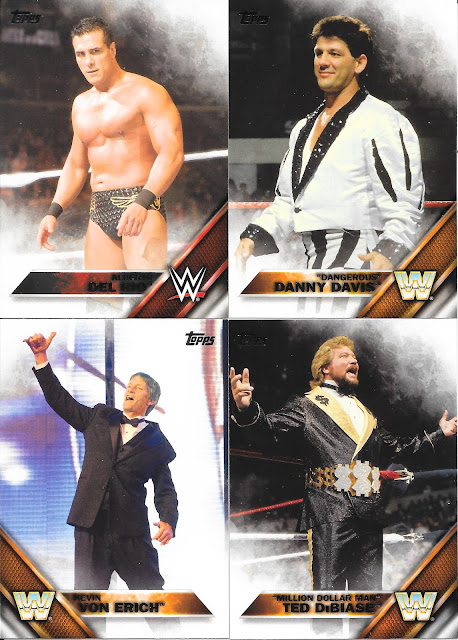 Yes - the Million Dollar man always had the million dollar question, what's your price - because everyone had one. Ted DiBiase was someone most casual fans of the time will remember though - Danny Davis - not so much.

I was a kid at the time, so didn't really read into anything behind the scenes, but he legitimately came off as a referee who ended up become a wrestler. I don't remember it too well, but that was because he wasn't really that great that I recall, and never went above a low mid-card position. 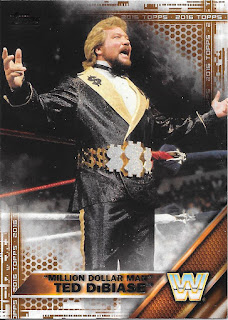 It's a Dibiase hot pack! The cards were actually back to back too. 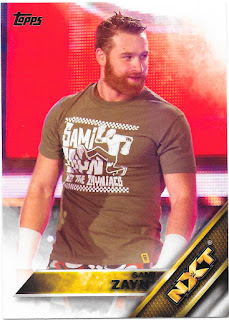 Still deserved better than ripping up his shoulder in his first main roster match against John Cena.... 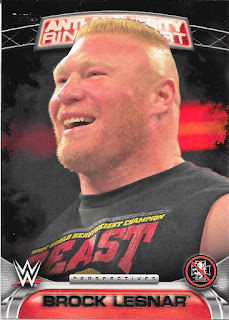 Still deserved to be the many to try and rip John Cena apart at SummerSlam a couple years ago...2014 I believe.

On a separate note, my ids were enamored with a Pokemon card and both wanted on the other day, so I took a look and it was all of a quarter at 401games. So I placed an order, may have added a few cards for myself, and here we are... 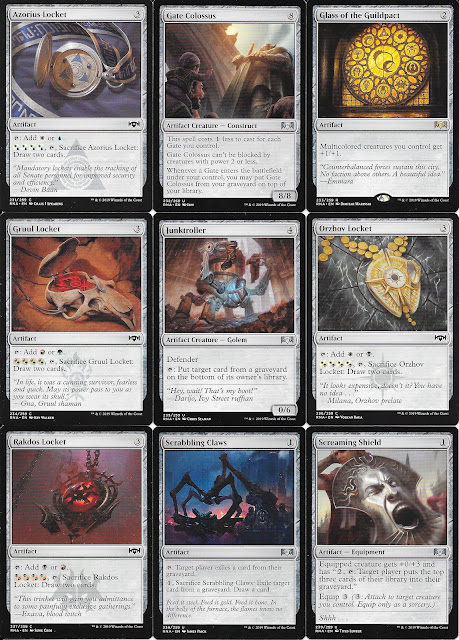 I picked up some newer set artifacts that are all new to me - including a nice big baddie 8/8, though not that practical given the ability. 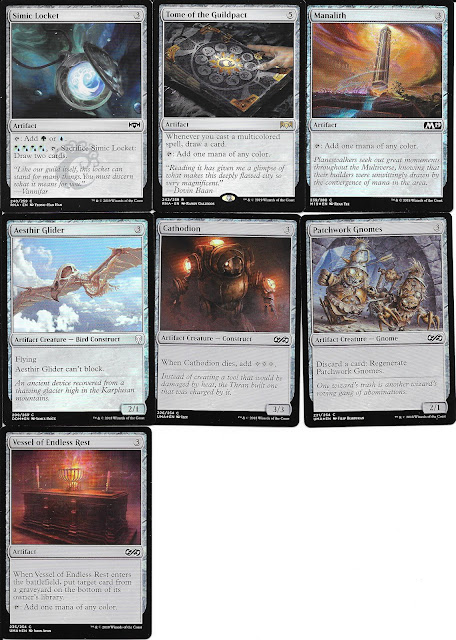 Also thought I would add some newer, shiny versions of cards I otherwise have like the Glider and Patchwork Gnomes.

Bit by bit, adding to the collection. I am actually also trying to finally add wants in artifacts on TCDB, though not sure there are many on there than collect/trade Magic - at least not yet.
Posted by CrazieJoe at 8:00 AM