15 more from the dollar store and another trade

A nice little repack from the dollar store for today. Again, will be interesting if I end up with more than a card or two for keeps now with the more focused collecting I am doing, but we shall see.

Definitely a great pack considering that out of 15 cards, three get to go into the Leaf collection, and of that, two were new to me as well. The Tyler Bozak was basically the last non-young gun from series one that I needed from 2014-15 Upper Deck's base set, and the Parkhurst mid-90s '66-'67 Parkhurst set is a first from that set for me as well.

For the much smaller "set needs"...

Nice - still ended up with a few needs covered here as well. 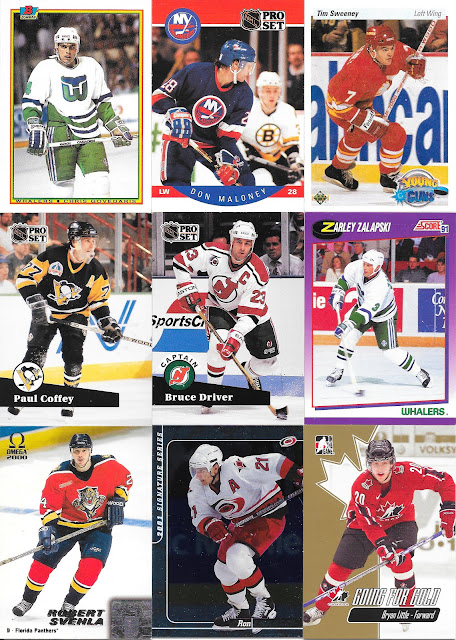 So, the difference in this pack is that, if I was keeping everything I didn't have, there would be three more of these cards in the keepers pile (the last three).

Not too shabby, and as I said, 3 Leafs in one of these will always be a winning pack to me.

Another PWE trade came in the other day. This one from a first time trade partner at TCDB - sandd0522. 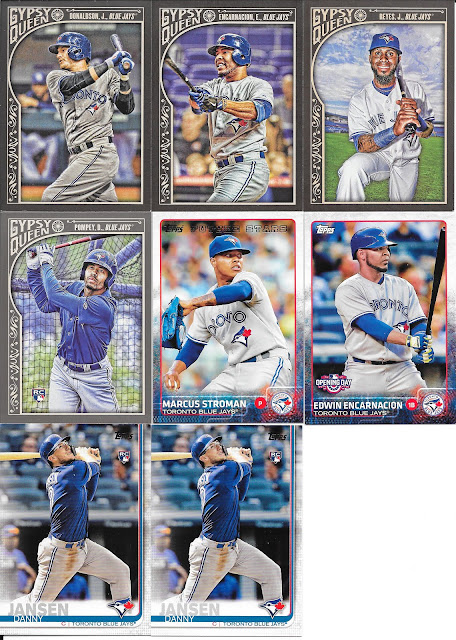 A bunch of newer Jays for the collection, including some Gypsy Queen cards. Like the design, even if it is on the dark side, it does stand out when there are 100 different sets out each year.

A rookie Stro-Show also is a great one to go with too.

There wasn't tons I needed, but since I am always happy to take dupes, a great way to pick up, not one, but two Jansens!

Great thanks for the great cards!
Posted by CrazieJoe at 8:00 AM