Another update within a set

Last pack from the box is 2016-17 Upper Deck, which I don't have too much of, but being a flagship set, I have put onto the "collecting" list for now. 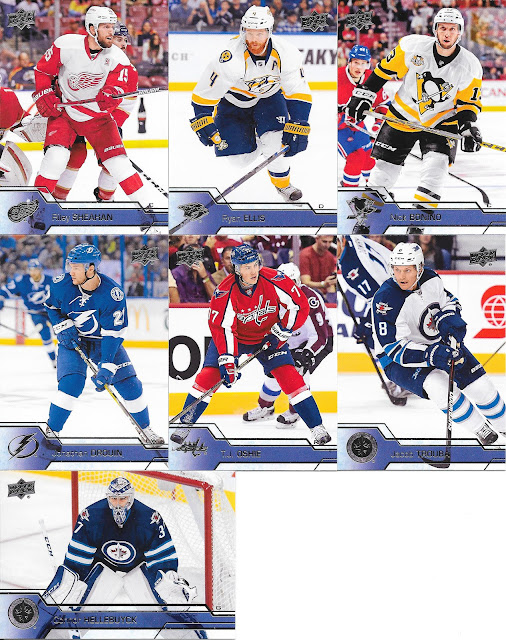 So it works out well that all of the cards in the pack are adds for the collection and the set. As per usual, the goalie cards end up looking a little better than others - even if it is a horizontal card.

Though no Leafs, there was one insert which, like yesterday is an update card for a different set. 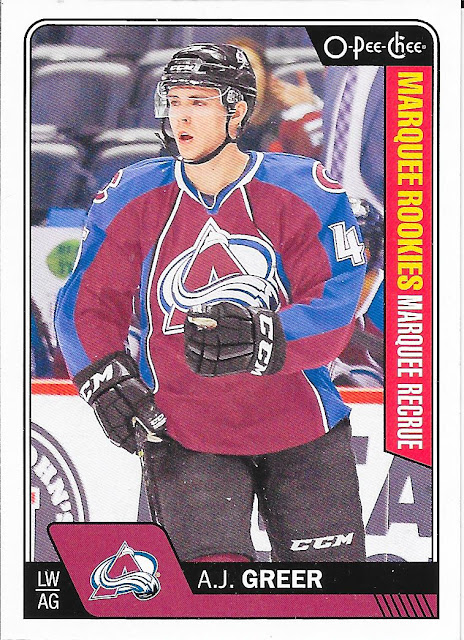 Not a huge fan of the set within a set, but it is what it is. At least it is under the O Pee Chee name and there is the related history that they work to be true to - especially the different card stock. AJ made it into the NHL for a handful of games in 2016-17 and some additional games the past couple seasons as well.

Not nearly as good as the first Top Shelf Box I picked up as we look at the standing as a whole for the boxes I opened this year to date.