Triplets to go with my triplets and a trifecta

Today, the second day of the box from local collector Jeff. A bunch of cards which may not be new, but do an awesome job of adding to the Jays collection numbers. 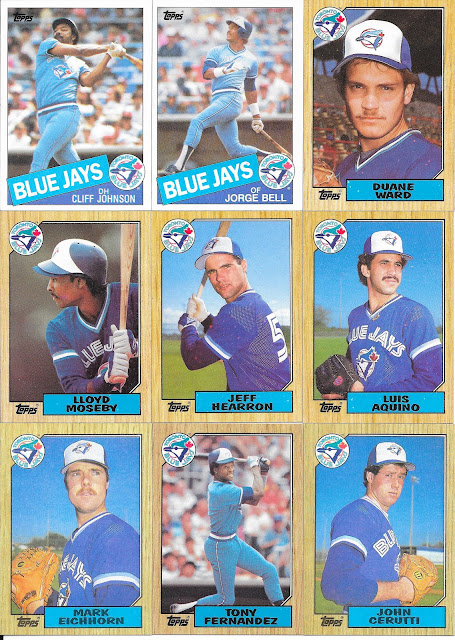 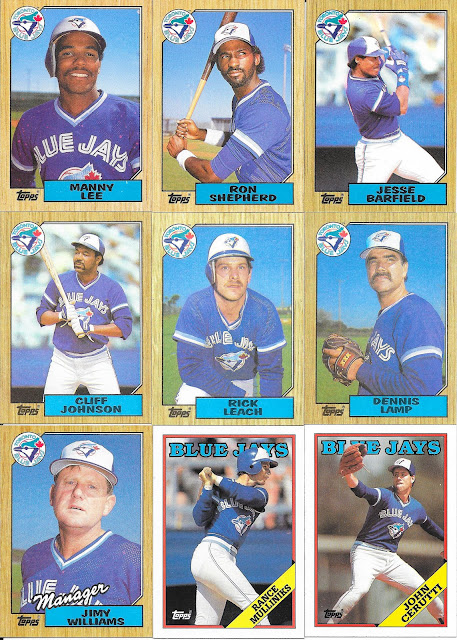 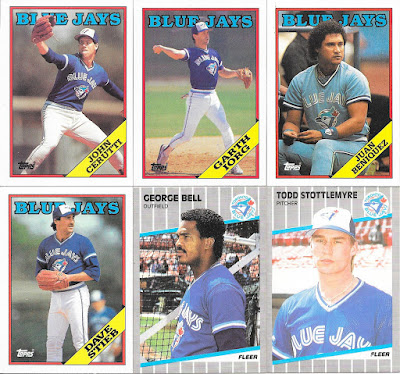 Mid and late 80s Jays galore! Great sets from my childhood - well, 1985 Topps was a bit before I start collecting, but you get the idea.

As great as those are, these triplets are the highlight of today, even though I already have a set of three more of these.

I believe I picked up one originally in a trade, and a couple for fairly cheap on Listia, and three more Johnsons here with a nice shiny blue Starquest design. Honestly...now I want three more just so I can fill a single page with these and their shiny blueness.

As much as there was a lot of things I may already have - there was still a few new cards. 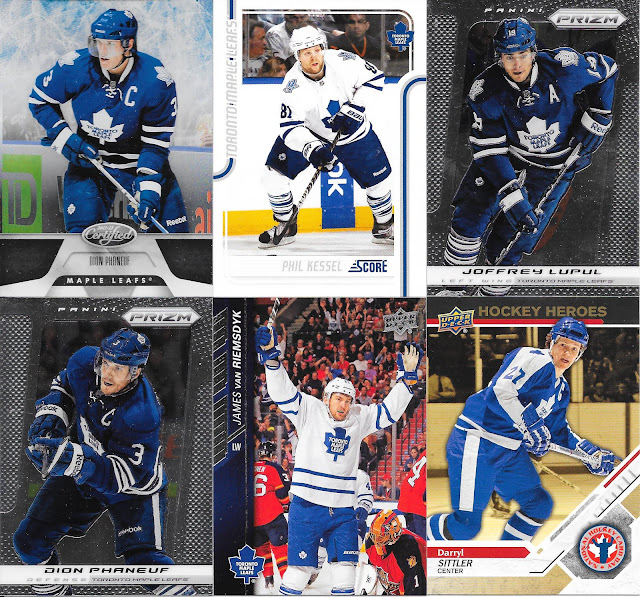 Specifically new in these are the Certified Dion, and the Sittler Hockey Heroes card out of the 2019 National Hockey Card Day. Actually, that is one of the few hockey card day cards I have of any year. I never seem to make it out to pick up any cards when they are released, and haven't ended up with many through trades...yet.

The more I see, the more I am curious to see what else I will find in the cards from Jeff.

Going to end today with a wonderful trade with TCDB member Dmalshere1. This is one of the few trades where I actively have search for a card and made the most of a trade - something I should really do more of because I was able to get the following... 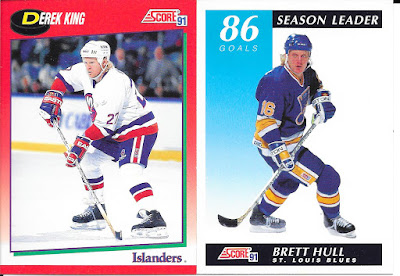 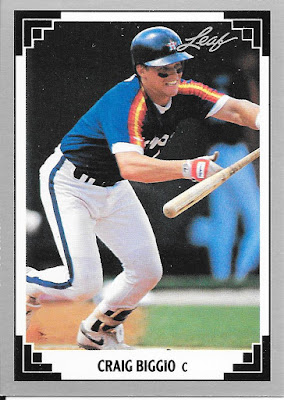 Here is the final card of the 1991 Leaf baseball set which I have been missing. Have to thank Craig - Jays really appreciate Cavan these days - good job! 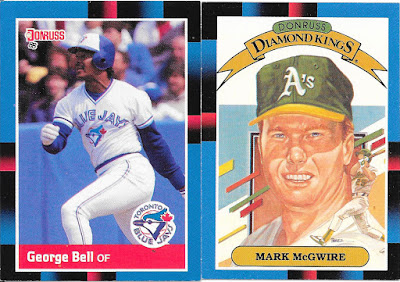 Though the George Bell leaves me one Jay short on the dupes I need for the Jays team set, Mark gives me what I need to complete a copy of the Diamond Kings subset.

For good measure, also picked up a few more Jats... 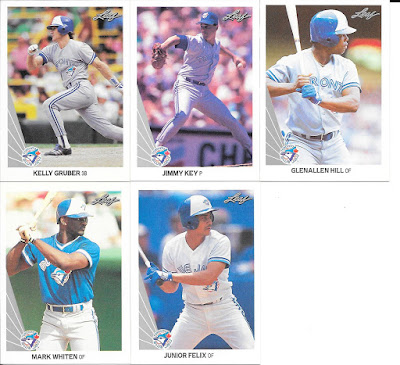 So yeah, three more sets completed, nothing wrong with that trifecta!
Posted by CrazieJoe at 8:00 AM