Dwindling down the hockey cards

Similar to the last couple days, I have worked on cutting back on what I am keeping in the hockey card collection. Less sets being focused on here  -only about 70 that would be, let's say "low priority keeps". Again, moved a bunch of cards to the trade piles - about 2,500.

So, why not show some of what is now available (unless someone has already snatched up a trade since I moved these on TCDB - people can be quick! 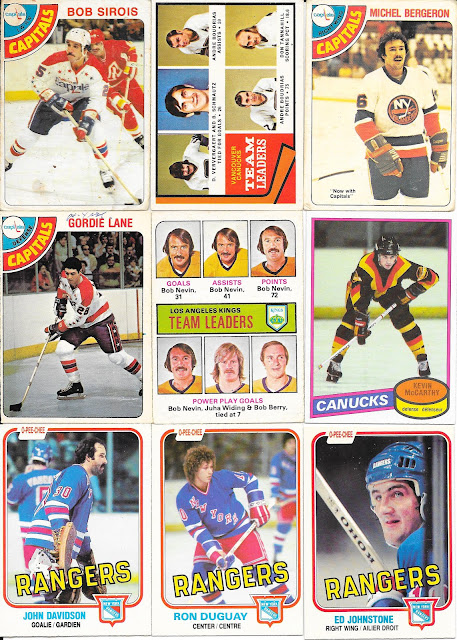 As with baseball, I don't have too many vintage (see pre-1980) hockey cards. However, being a Leaf fan, there are at least Leaf cards for these years that I can hopefully trade for. 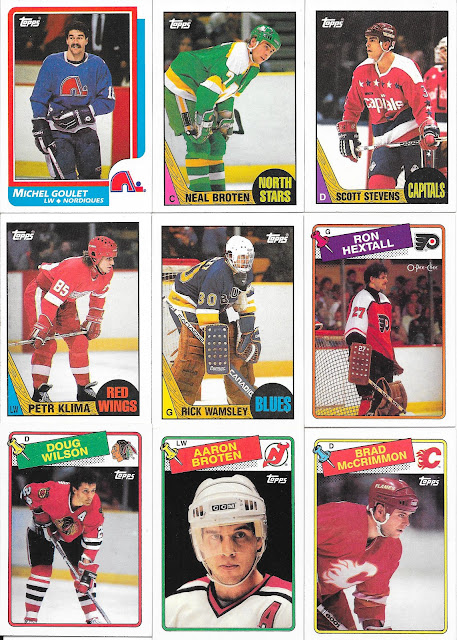 I still love the Hextall hair in this pic. 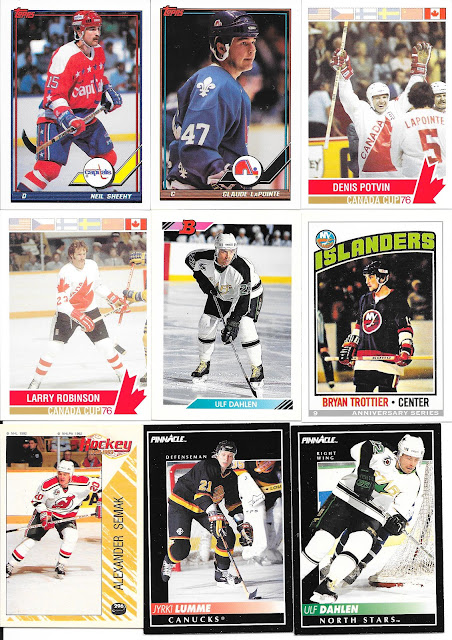 The Trottier is out of the Anniversary series, and the Semak is one of about 50-60 stickers that I have from various years that I dont need. 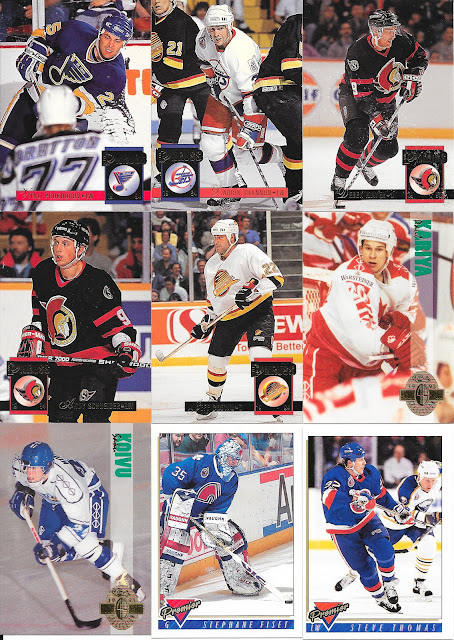 Like with baseball, the Classics sets and 4 sport type sets are not my thing, and ones that I separate by sport regardless of them being part of a set, but no longer an issue. 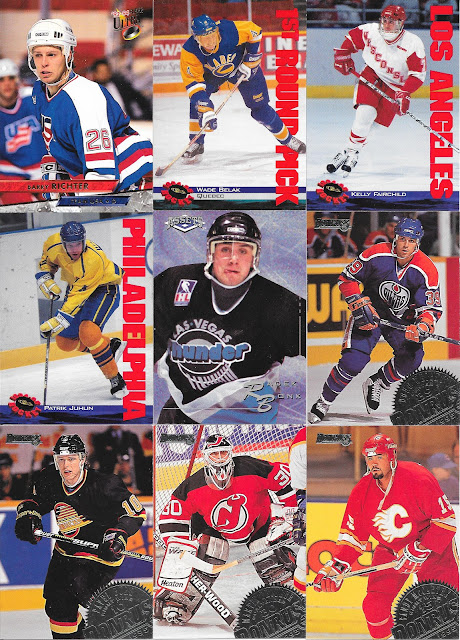 As much as the Donruss set here doesn't scan that well, the full bleed picture otherwise and a decent back make this a good set otherwise. 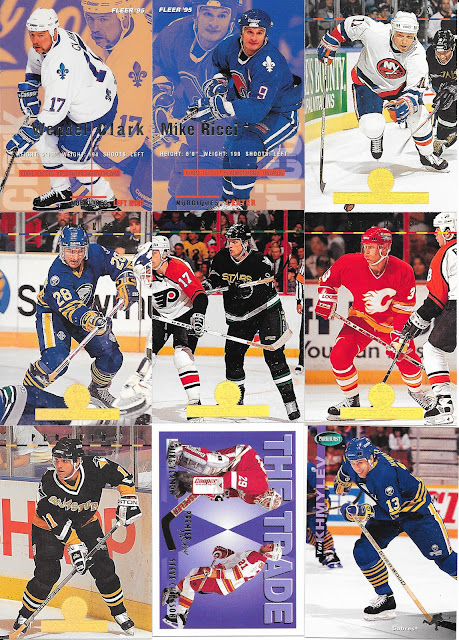 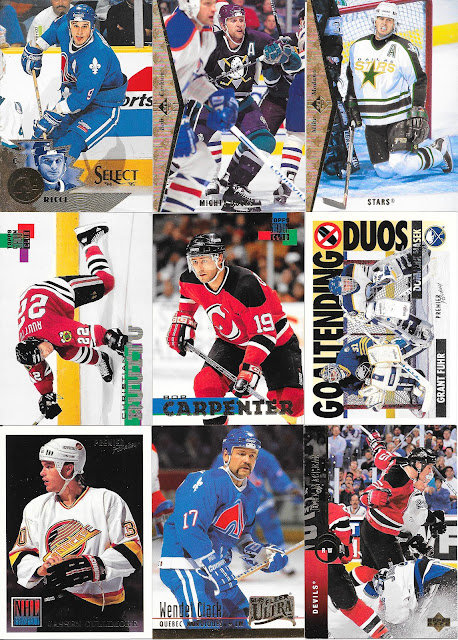 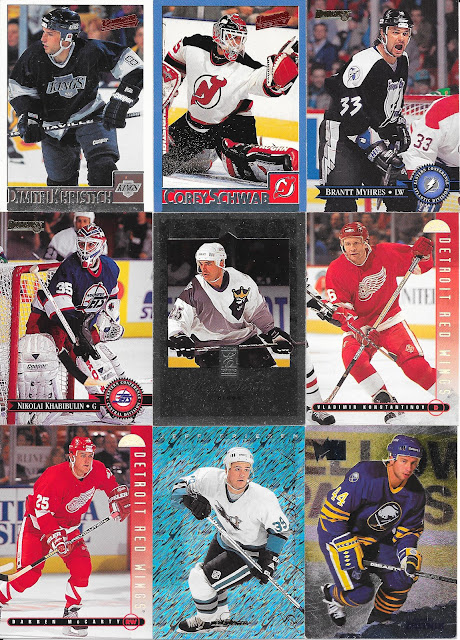 As we get further into the 90s, many more sets show up, and my pickings in any are pretty slim, so very few sets I really care to work on. 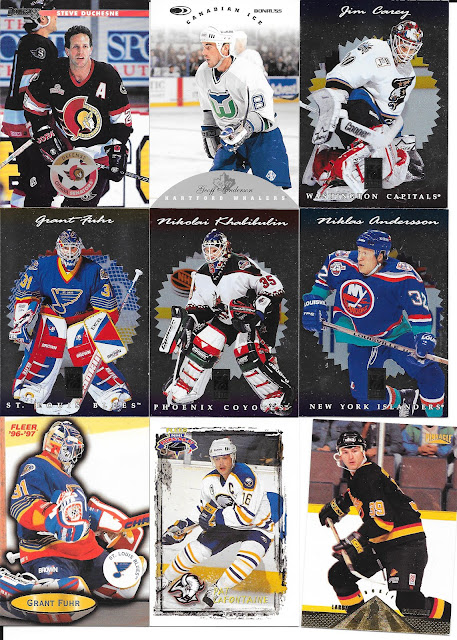 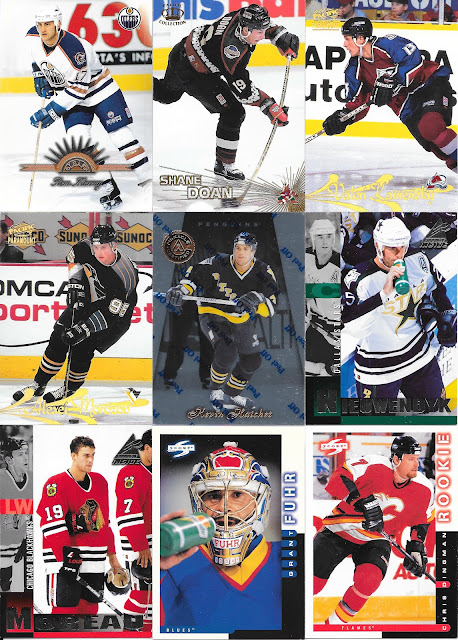 Yeah,a decent assortment of cards, and this is a sample of the first half or so that was moved, more tomorrow, but I do want to mention, this has at least allowed me to scoop through and pull some of the short prints from base sets that I should have had already in my inserts/variations/short prints collection - so there is one benefit to this project already!

We will finish up with the rest of the hockey tomorrow, and then I have an awesome box of Toronto stuffs which will take a while to go through after that.
Posted by CrazieJoe at 8:00 AM