A last trade recap - for now

Final trades to go over before I am finally all caught up with the mail packages, and this one comes from bobfetta which, as always, comes through TCDB. 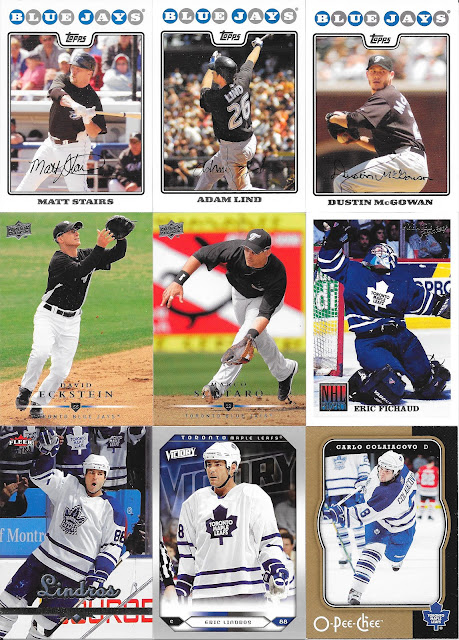 We have a few late 00s Blue Jays to start. With recent trades, I am getting a good dent into the flagship base sets from Topps and Upper Deck during the late 00s. 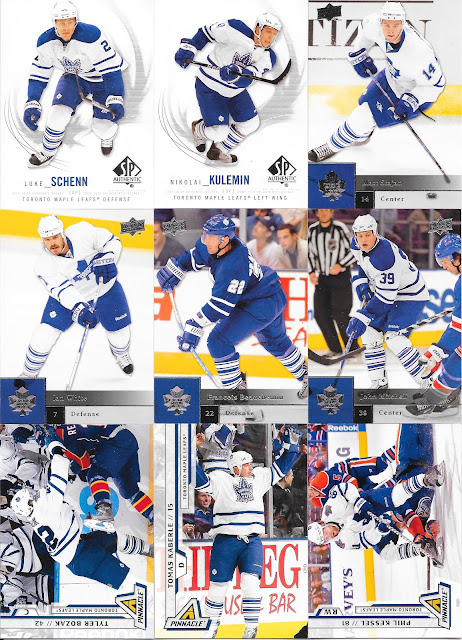 I am not a fan of the Pinnacle sets circa early 2010s. - the photos are alright, but the design and write up on the backs with no stats, are just not my thing personally, but they still get a place in my collection (though are not sets I will ever be working on). 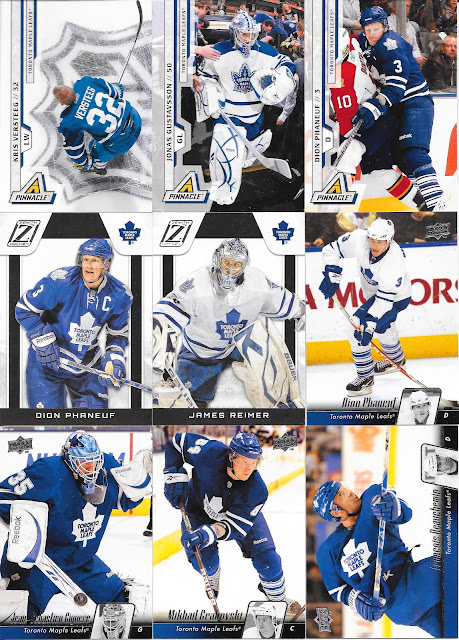 On the other spectrum from Pinnacle, is Zenith - from a design standpoint, I really like. It loses points for not being a full action shot, but the framing looks nice. 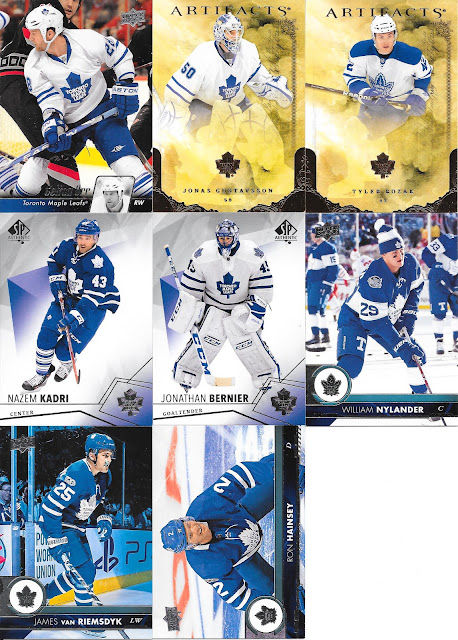 Though it is Artifacts designs which will always be a win in my book. These ones work well for getting signed the way the picture fades half way down - I should look at some for that - really nice that way.

A quick go through, I know, but I don't want to short change that I do enjoy these cards, and really happy with the trade.

The next trade to cover is from a first time trade partner Pennytendencies which covers a few different items. 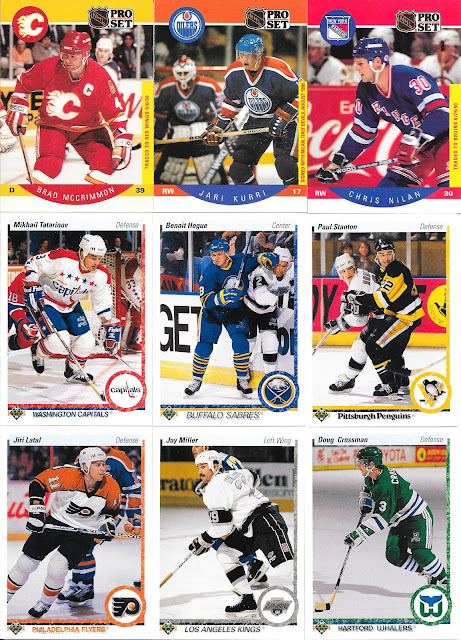 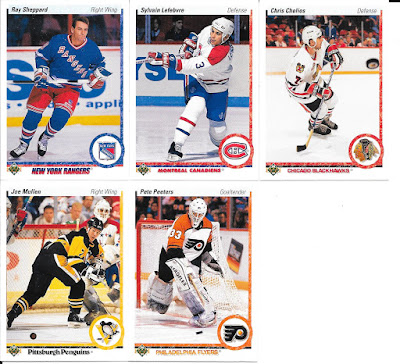 A few more error or variation cards out of the set that gave us so very very much, 1990-91 Pro Set, and some more 1990-91 Upper Deck needs for the set which I continue to chip away on.

We also, of course had a little Leaf content. 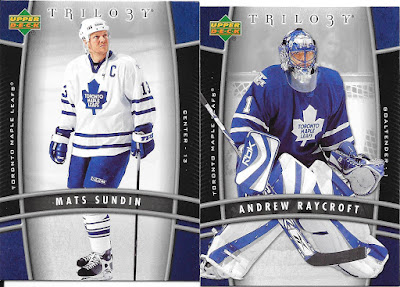 I haven't seen much of Trilogy sets, and this year - 2006-07 - is a new one on me. A solid design for the set, and like the colour layout as well as it is solid with the Maple Leaf colours.

Next up, a trade with SportsCardHunter 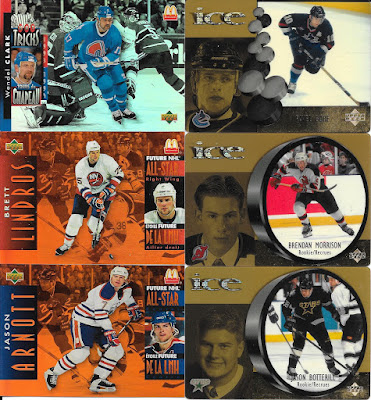 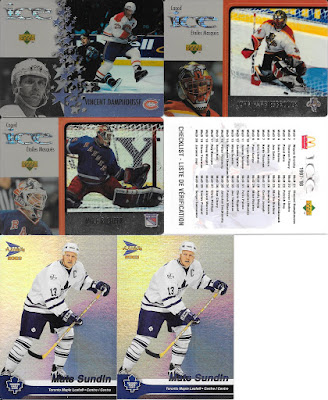 About half the trade was McD cards which were for the purpose of moving along a few different McDonald sets that I have been working on slowly completing. These were some of my favourite sets, and although I never had many when they came out, it's great to be getting closer and closer to completing them now, many years later.

The other part of the trade...more Leafs! 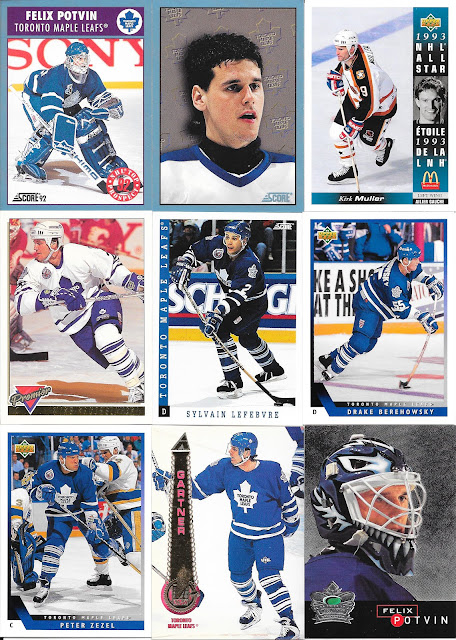 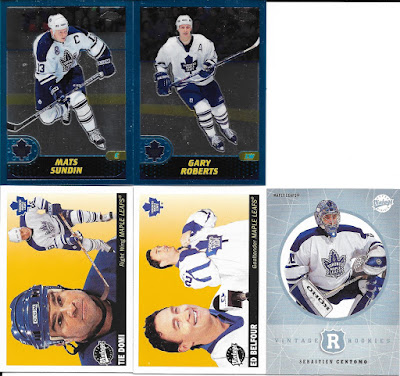 A nice variety of Leafs from early 90s to early 2000s, a few Potvins, including a 1995-96 Parkhurst International Crown Collection Silver Series Potvin - first card of that set I've ever seen.

Finally, a one card show from Listia - I know, not a trade, but it's a single card and if I don't post now, I will forget. 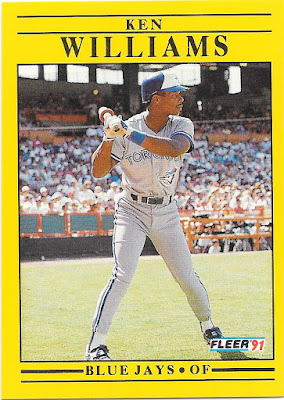 A fourth copy for the collection, and came at the price for a couple pennies so, definitely the right price.

Thanks to all those above for the trades - and always looking for more trades if anyone out there is interested.
Posted by CrazieJoe at 8:00 AM