Another day, another trade package through TCDB to share, but today, we have a first time trade partner - nozzlemaster. 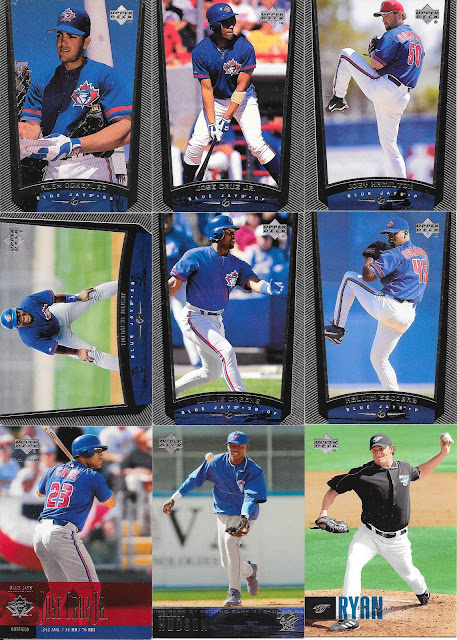 A lot of the Jays are from my most needed area - late 90s through about 2010. Many of the Jays, given the uniforms, aren't as "nice". I was not a fan of the unis during the early 2000s (so glad with what they have now though). 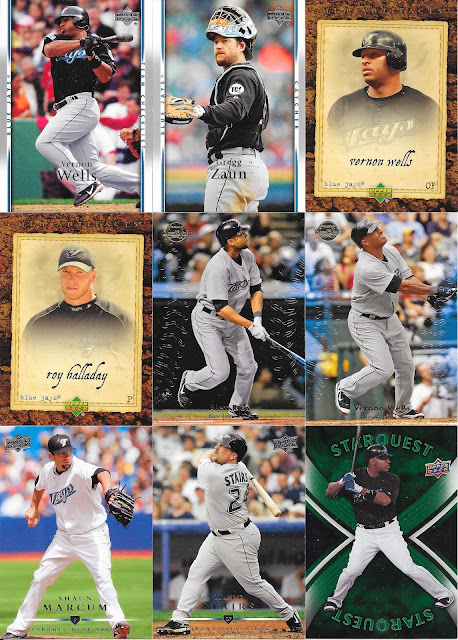 A couple cards here though that really do excite me and look nice - the Artifacts and Starquest. May, in part, be the lack of Jays logo on them which makes them look nice, along with the older look that Artifacts pulls off, and for Starquest, the shiny is always pretty. 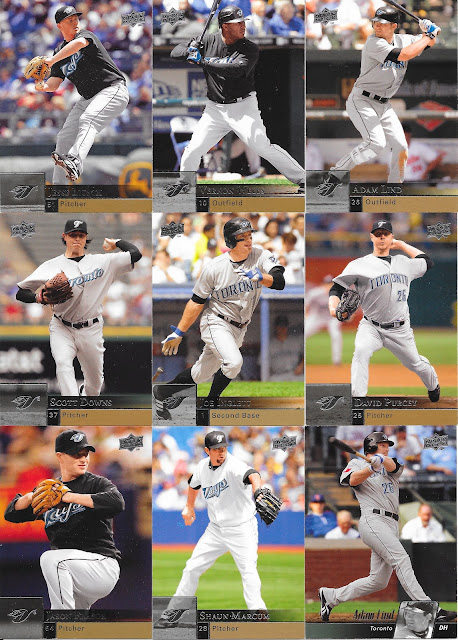 We end with a bunch of base Upper Deck baseball cards which, as always, remind us of a time when more than one company was officially licensed for cards. Still not sure how it makes monetary sense for MLB to get paid from one source in Topps instead of multiple, but I gather Topps must be giving them more than they could make if selling to multiple companies.

Anyway, this trade went well and smooth, so hopefully we can do another soon.
Posted by CrazieJoe at 8:00 AM