No messing with the title, just going to call this one as it is. 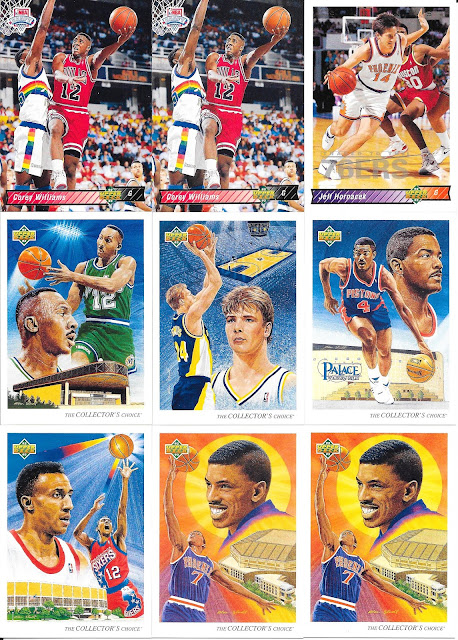 The set has an NBA draft subset, checklist subset - both seen here, and the checklists having the classic portrait designs which are awesome. 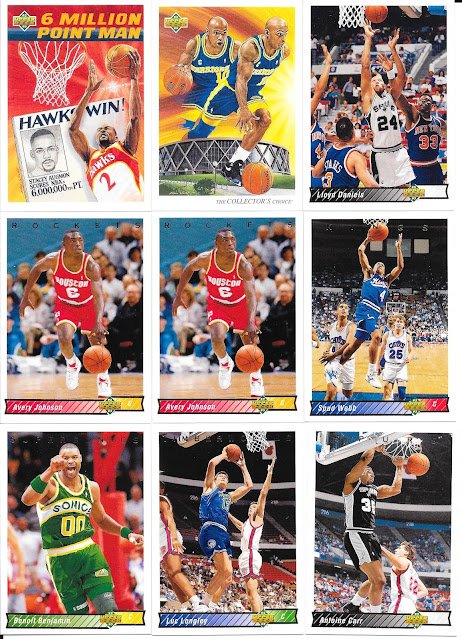 A solid design to the cards including the nice nuance of team colours being used in the design for the name line across the bottom.
Not a huge fan of the gold lettering for the team name across the top as I find it hard to read, especially as it can be against black backgrounds on many cards. 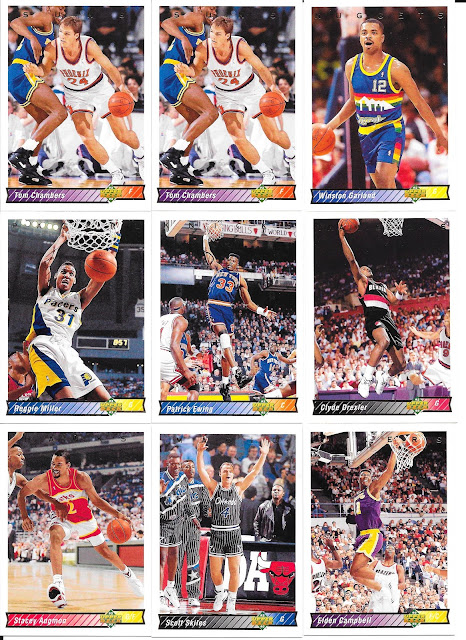 Some solid stars in the set and in these cards with that centre row of Reggie (with hair!), Ewing and Clyde The Glide. 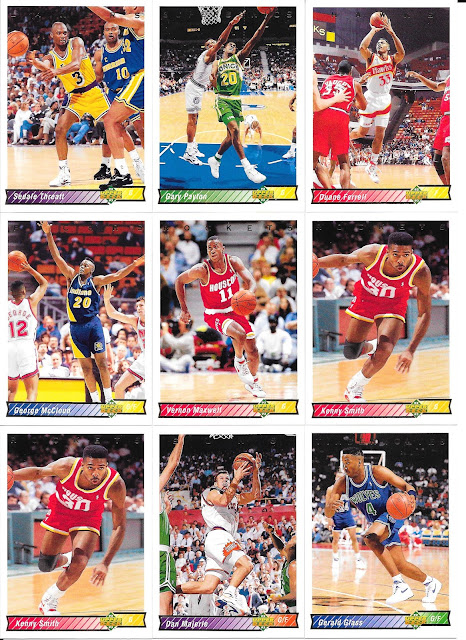 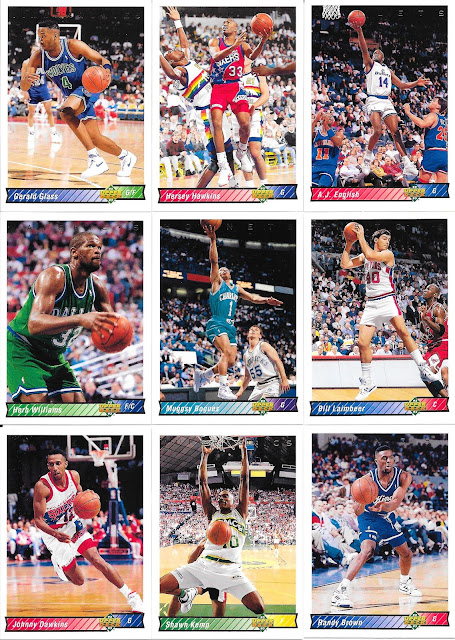 Not sure that's a great shot of Shawn Kemp, but he was a great big man in the game. One of the few names and players who stand out from the bit of basketball I saw at the time. 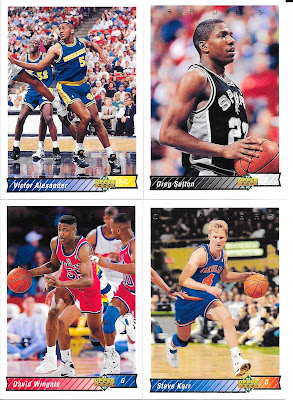 We end the base cards with Steve Kerr pre-Bulls days. Amazing to think the man has 8 NBA Championships to his name - 5 as a player and 3 as a boach.
Last up... 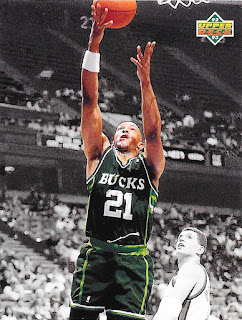 Though there were a dozen or so insert sets, this is the only one represent here (not a big surprise), the Team MVPs, a 28 card insert set that, as you would expect, highlights the MVP from each team...wild guess who was on the Chicago card, which again, I don't expect to see here...or the checklist with that same Chicago star.
...
I also just noticed I cut off the name which goes right across the bottom of the card...oops! 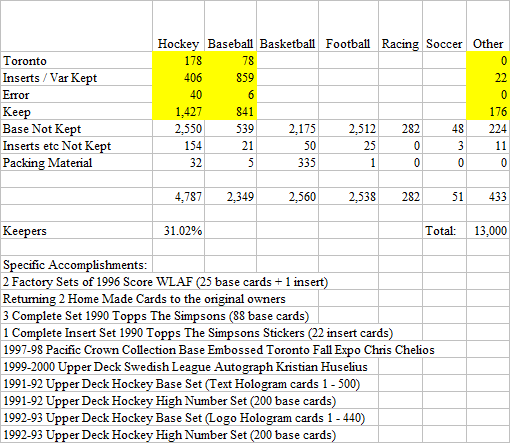 Let's take a look at a recent PWE with TCDB member NetScans which brings along some baseball and wrestling cards. 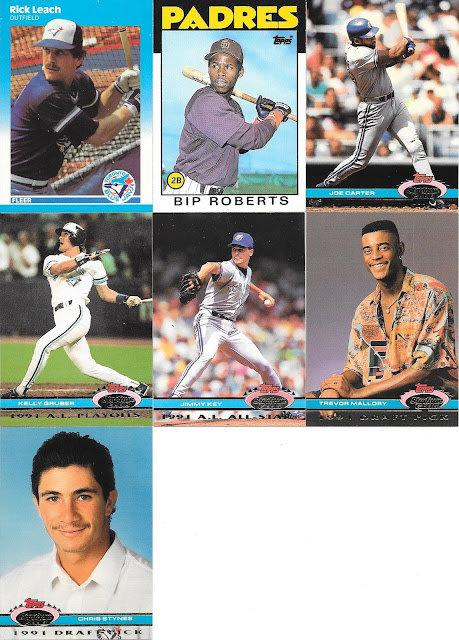 Bip was one of the few remaining 1986 Topps Traded cards I am missing, I think three left now, and the Stadium Club Dome cards are the first such set cards for me, and now just have a couple remaining. 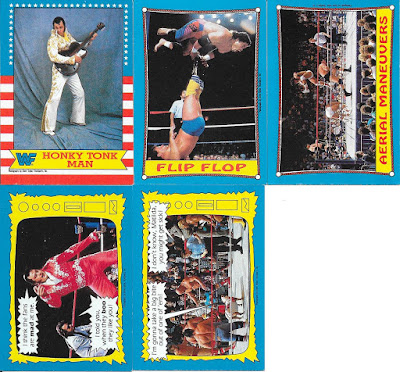 Really happy about getting these though as I really love the the 1987 Topps (and O Pee Chee) sets for WWF. I swear this was where the Simpsons got inspiration for their card design with the TV set frame.
Great little PWE which I accept with many thanks!
Posted by CrazieJoe at 8:00 AM