There is an end in sight...maybe another couple days of 1992-93 Upper Deck. It's a nice set though, and I will take a rough guess when done as to how much of the set is MIA, though I'd guess about 20% as a rough go. 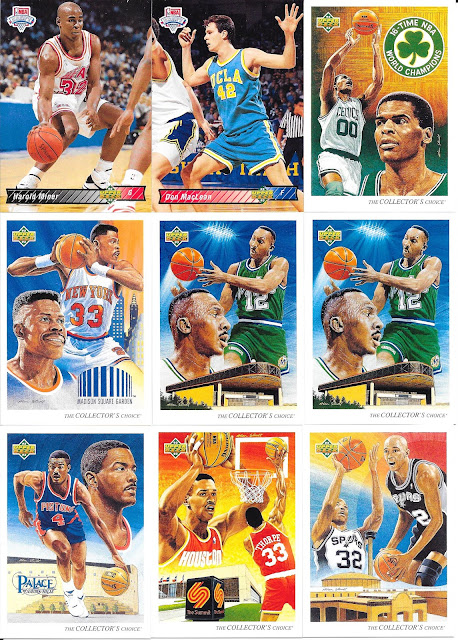 As for the rookies today, Harold Miner lasted 4 seasons in the NBA - 3 with Miami and 1 with Cleveland before being done on the grand stage.
Don lasted a bit better, playing in parts of 9 seasons with the first being with the Bullets, then a different team each of the next 6 years. Impressive to keep being able to scratching into the league like that every year. 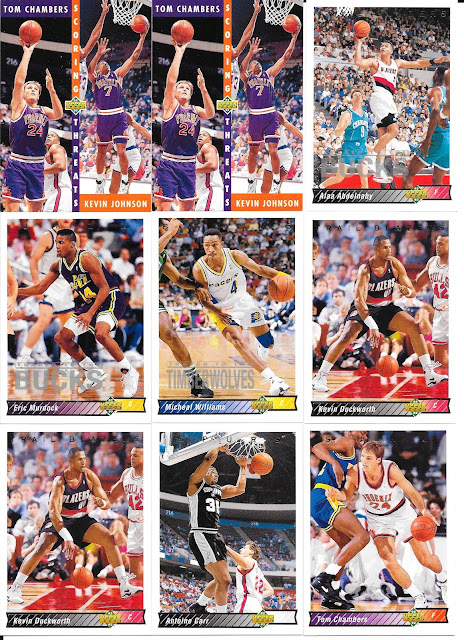 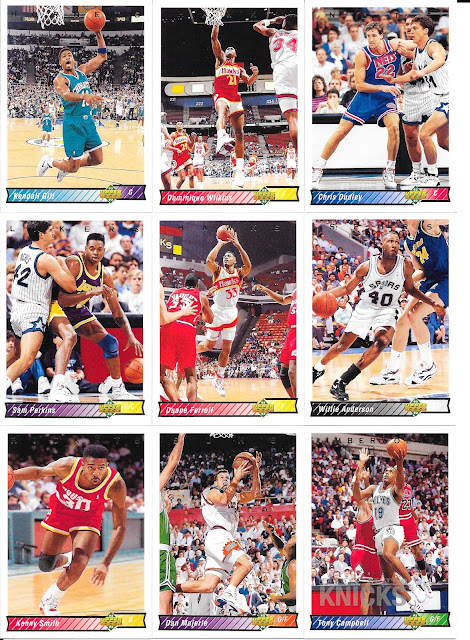 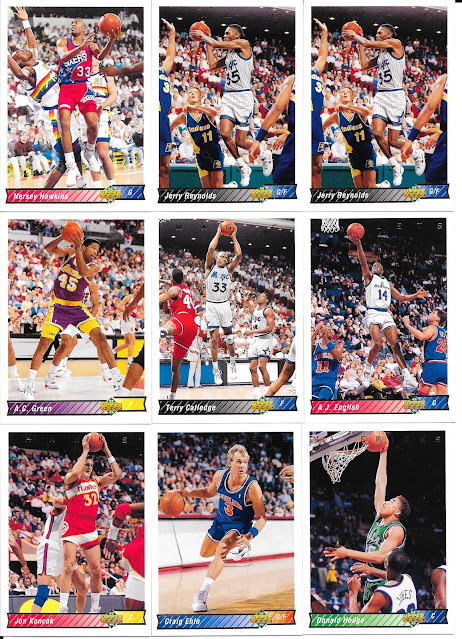 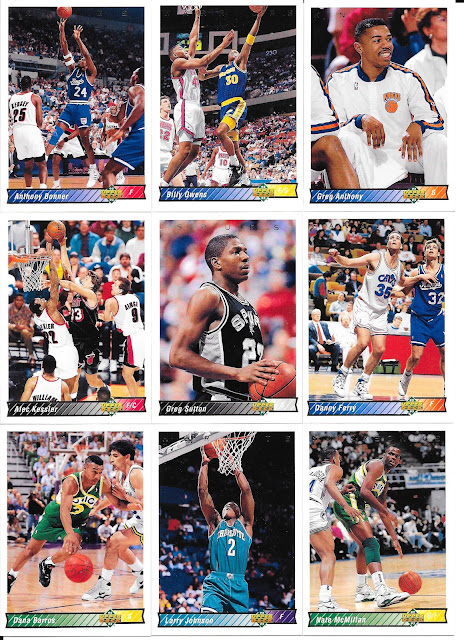 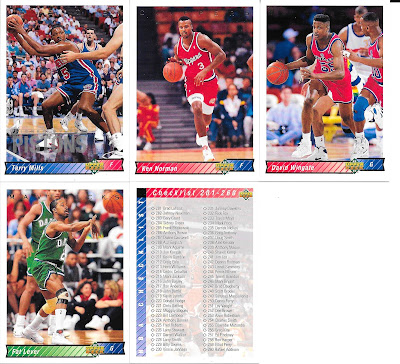 So...that checklist card counts as a Jordan card, right? I mean, Jordan is in the background, actually different shots on each side, but both are MJ. Seems even the checklists wanna be like Mike. 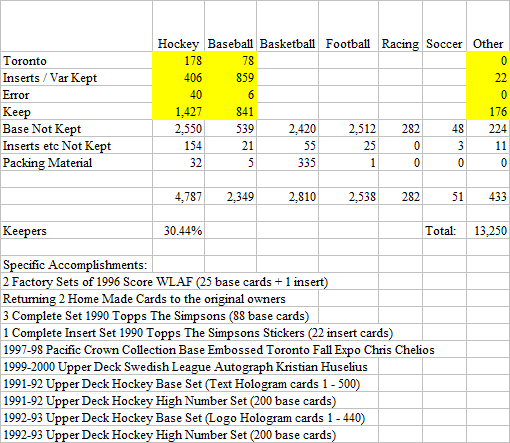 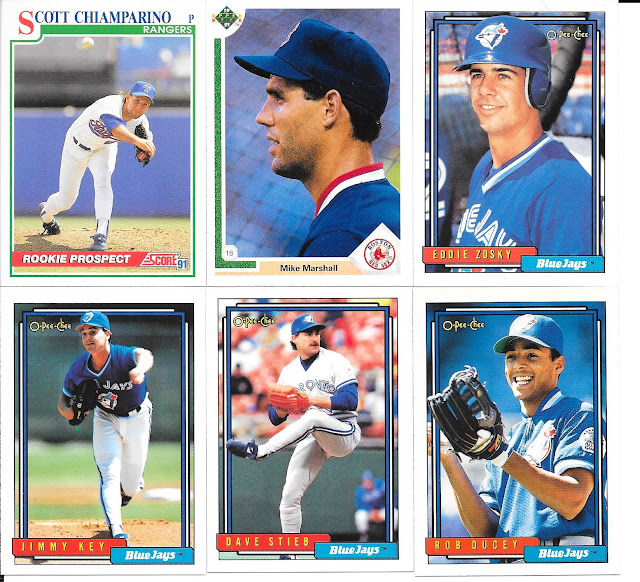 So - not sure why Scott was on my "need" list since I have the complete set and already have a copy in my sell pile. Oops!
Marshall is a set add as I want to keep the 90 Holo variant separate from the set completion.
The O Pee Chee Jays are nice adds, but still a number I need for the team set of Jays. 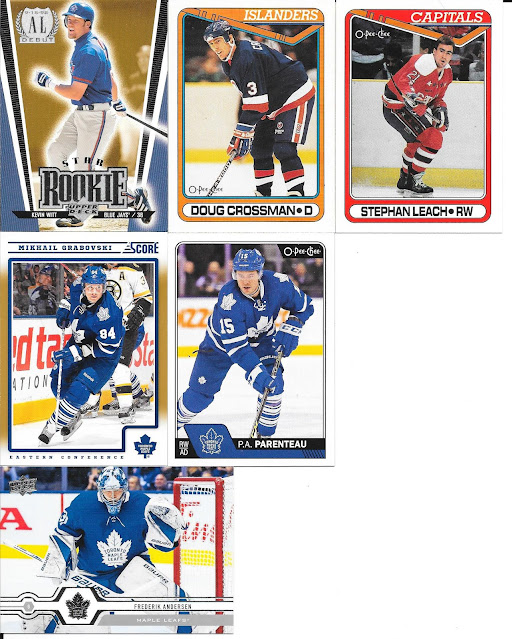 We also get a few hockey additions with a couple UER cards as I work to finish what I consider a master set of 1990-91 O Pee Chee, and a few sweet new Leafs adds.
A big thank you for a first trade - especially since he is actually not too far from me, though we did still mail the cards. Maybe some time we could do an in person trade.
Posted by CrazieJoe at 8:00 AM