Before They Were Rookie (Cards)

First - yes, I am happy the Lightning won. As much as I would like to see a Canadian team win the Cup - that doesn't include Montreal, so given the final match up, that went about as well as I could have hoped. Nice to see a back to back winner as well. Will be interesting to see how things change for next year. Just me two cents on that.

Anyway, to the completely unrelated cards for today.

Rookie cards are a coveted collecting item, especially for those who are in the game of flipping or investing in these little square (mostly) cardboard (mostly) rectangles (...mostly). As a team collector, it's always great to get a pack and pull the newest rookie or star added to the team. Easy remember the hype in Toronto with the Jays Vladdy Jr., but even Biggio and Bichette as well. Not too long before was  Auston for the Leafs.

I find it interesting as to the interest or market for pre-rookie cards. Cards of stars from their minor league days. Certainly Bowman tries to catch everyone playing in the minors, in case they are the next big thing, but that hasn't always been the case.

As much as I dislike the set, it is 1990-91 7th Inning Sketch which brought this to mind as there is one player in the Quebec Major Junior Hockey League that year which brings this into focus... 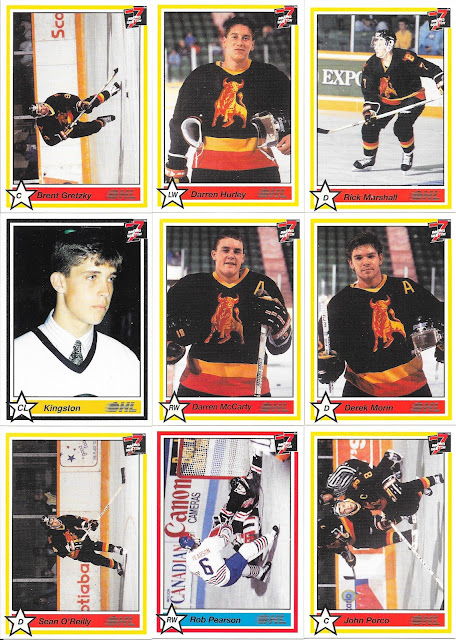 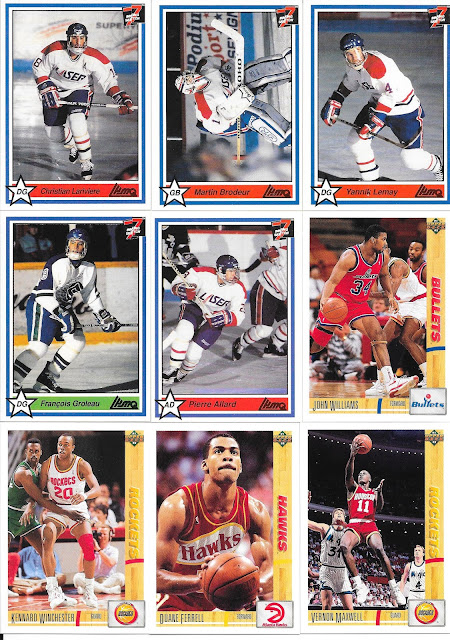 Hard to miss, but before we got to the basketball cards in the pulls from today, Martin Brodeur made an appearance.
Now, especially with the market still pretty crazy right now with what I'll call "investor money", prices for rookie and pre-rookie cards are in a bubble - at least, I sure hope so. I am waiting for all this to die down and hopefully be able to swoop in on some cheap card lots like this one because card prices for almost anything right now is crazy.
Anyway, realistically, I'd expect a rookie card for Martin to be maybe as much as $5 - I mean it is 1990-91 Score where you'll find his rookie card (at least that's the one I have in mind). Prices still seem to be way above that - and by the way - who gets a 1990-91 card graded? I mean someone out there probably has 1,000 of the card anyway, I don't think it's hard to find.
I digress, it bring me to the argument those -  should the pre-rookie card be more valuable? I guess it just takes a couple people wanting one card and it can drive up prices, but again, would think this is around in spades. Anyway, surprised to see these sold on ebay through the last half year even, for anywhere between $5 - $15 Canadian. Graded copies going for $35 - $100. I guess I understand why to get cards from the era graded...who knew!
I still personally stick by not collecting pre-pro cards, but good on anyone who enjoys it to carry on!
Just like I'll carry on sharing basketball cards that are passing by my place... 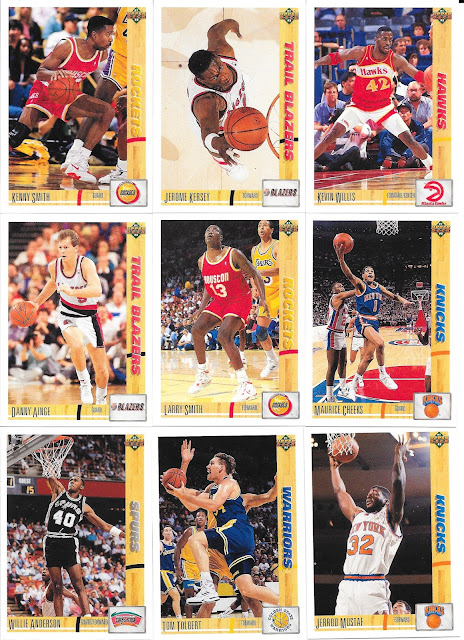 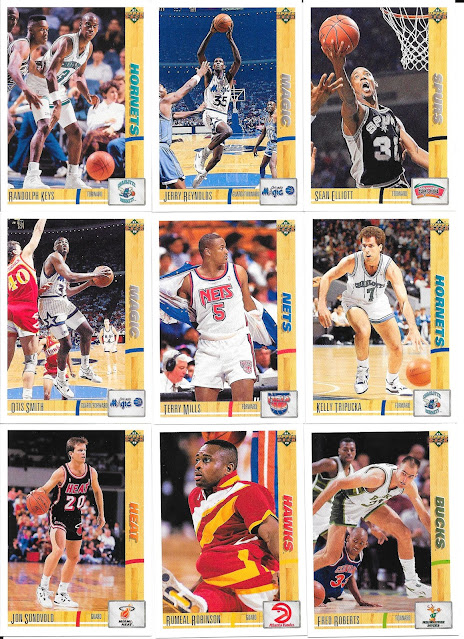 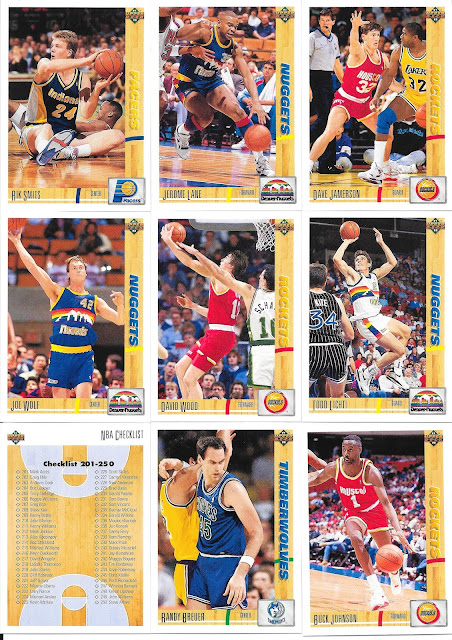 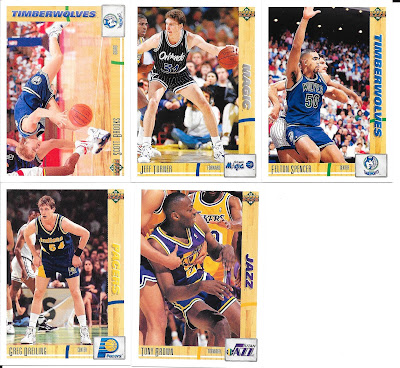 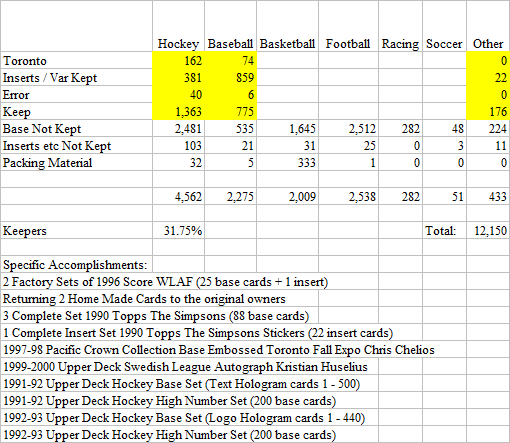