Sure, he isn't a Hall of Famer per se, but he did win a number of Championships and was a role player many years, so a supporting chameleon of sorts - but Robert Horry had a great career overall. 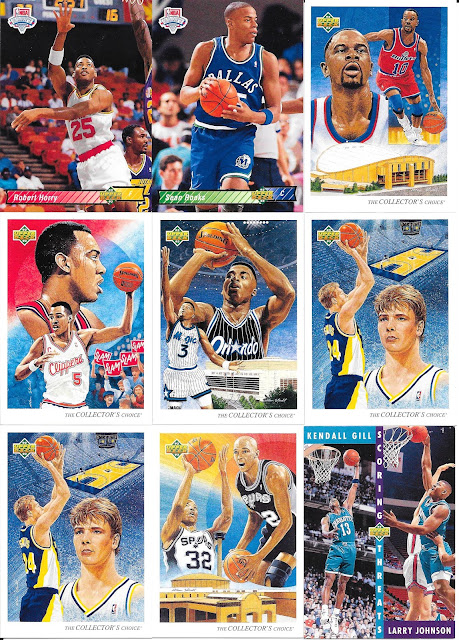 I mean, winning championships with three different teams is a great achievement - period. Being in the NBA for almost 20 years is a great achievement - period.
Though he spent more time in LA, I remember him more from starting in the league with Houston, but mostly because that was his team on the early 90s basketball video games I played.
He may not have been the flashiest players, but he played a great part to his team wherever he was. 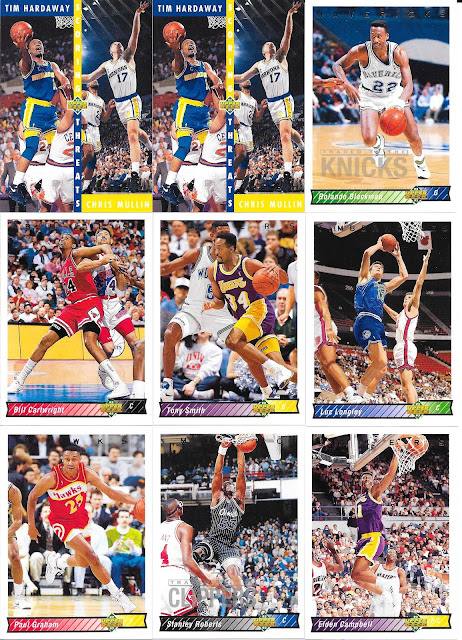 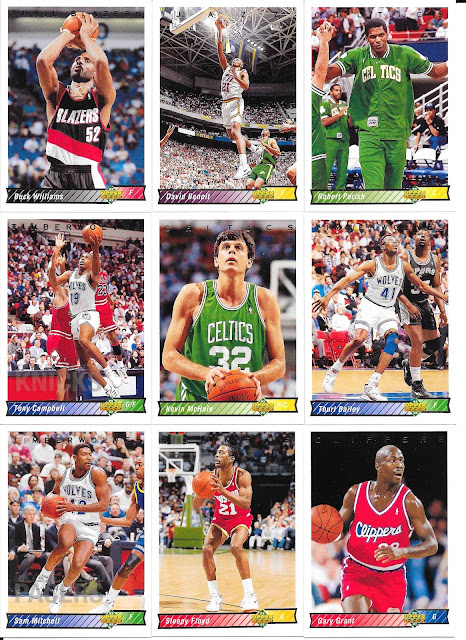 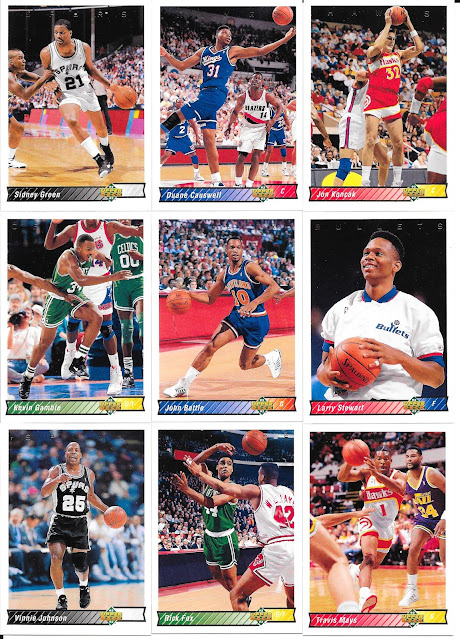 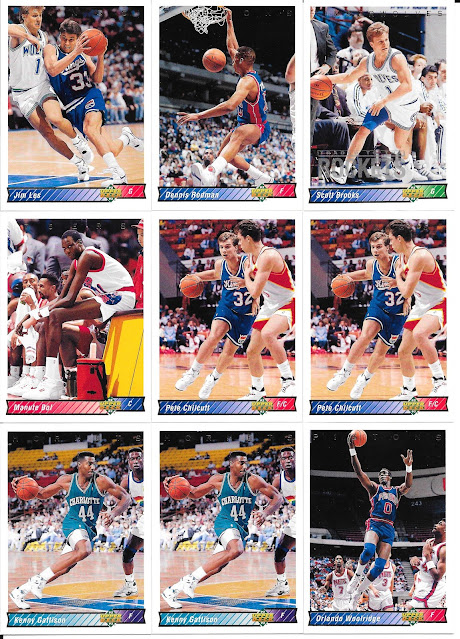 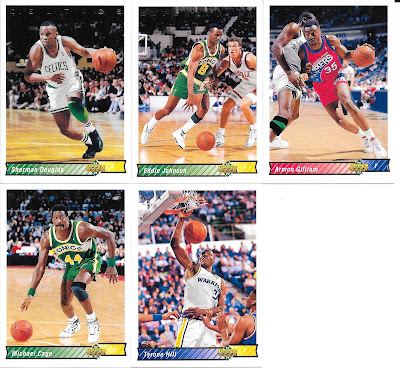 One more day or so of the set, and I think one thing I learned going through the set like this, I may be better off sorting a "chunk" to get copies together and them go through the set in a few days, but at least then just seeing the cards one on the way through....ah well, live and learn. 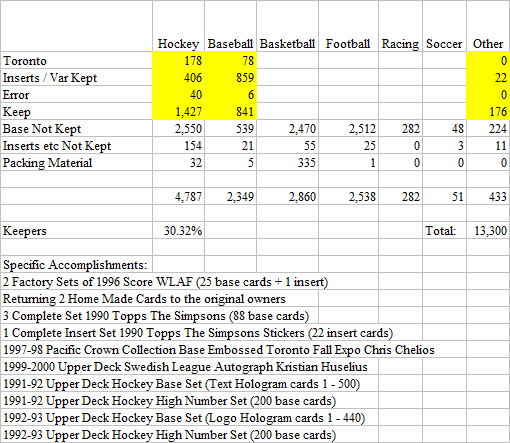