Today's bunch of cards is about half and half, and one of those halves is almost all keepers... 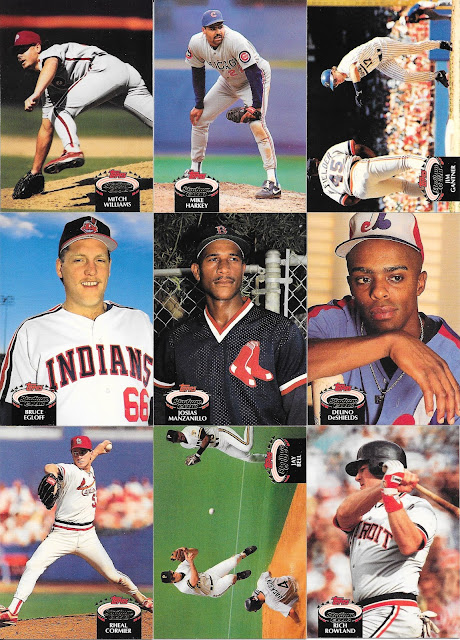 We've talked before about 1992 Stadium Club being a phenomenal looking set, so just going to enjoy some of the great photography today.
Mitch Williams looks about to fall over in his photo, Delino appears to be pondering life, and the Jay Bell shot is a great action shot for turning a double play. 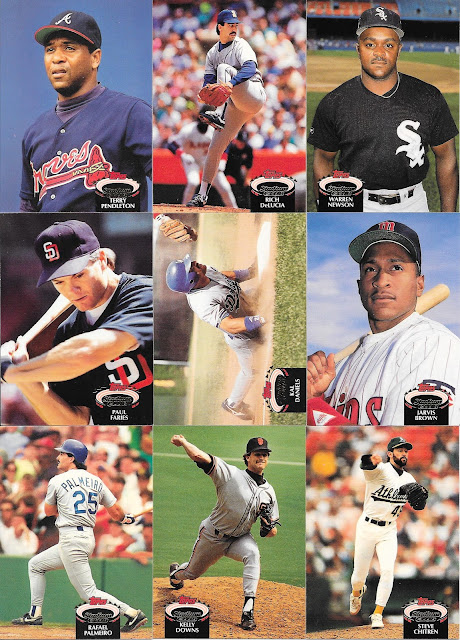 The lack of borders really make these photos all encompassing and complete, and the minimal interference with the name keeps up the great card front. 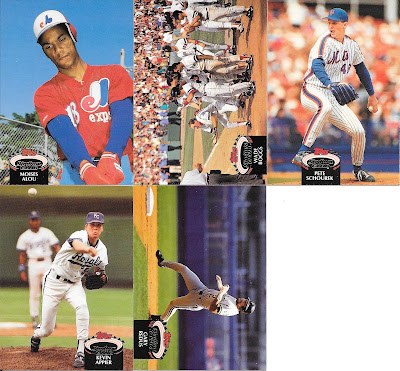 Have to love that Wade Boggs card, really stands out in any set!
May not have any Jays, but another 25 or so cards in a set of 900 is a great dent any day.
One dupes, and another set that I am not looking at quite yet is here... 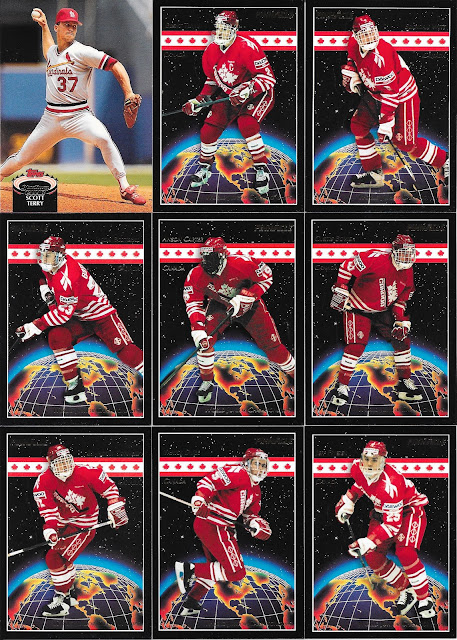 1993-94 Pinnacle is a 512 card set. Now, of course as was the case at the time, you have the "regular" release and the Canadian one, with the Canadian being bilingual. Great and all, except usually it means scrunched write ups, but in this case, the set themselves were otherwise no different. 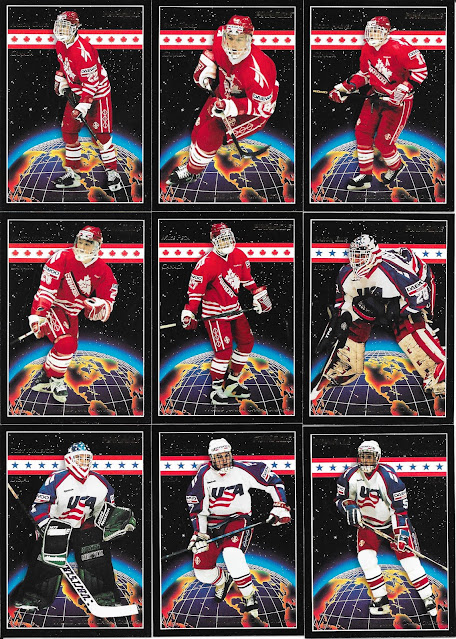 I know it wasn't until well after 1993-94 that I realizing I had the two sets mushed together and had to separate them. With these types of release - would you mix and match to complete a set? 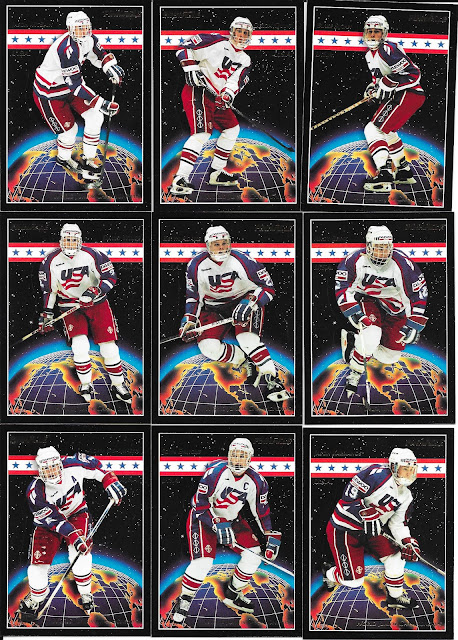 As for the cards we are looking at, it isn't the typically design for the base set as these are all world junior subset cards. Fairly common in the early 90s for these types of subsets, I remember them well with Upper Deck. 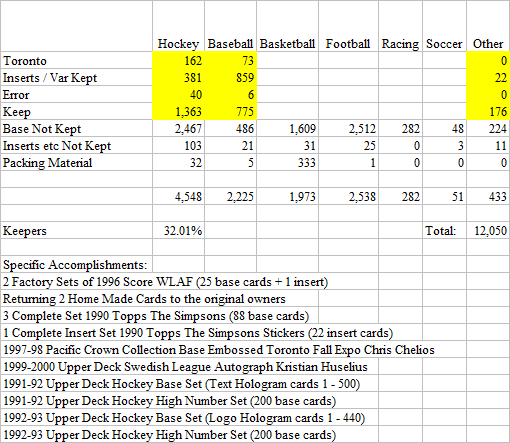