Half a year in and over 12k cards, and I think this is the best day for cards for my collection yet. 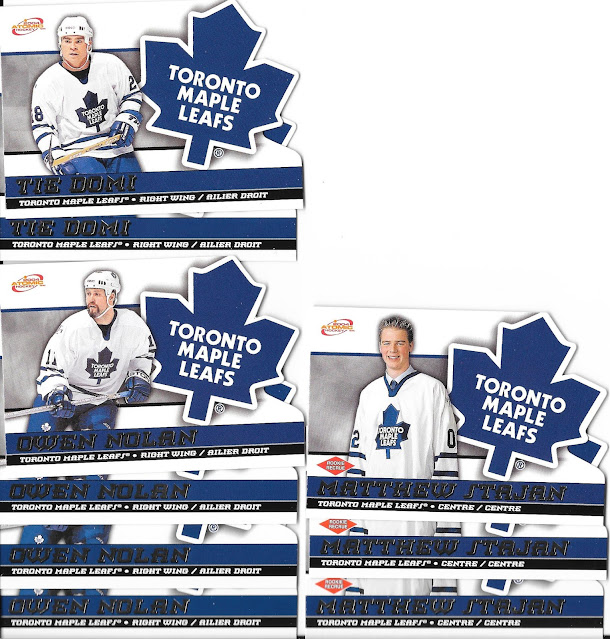 I really enjoy the 2003-04 McDonalds set because of the die cut cards to begin with, and I do have these Leaf cards but needed dupes for a set completion that I wouldn't mind having at some point, so getting these in spades...awesome! 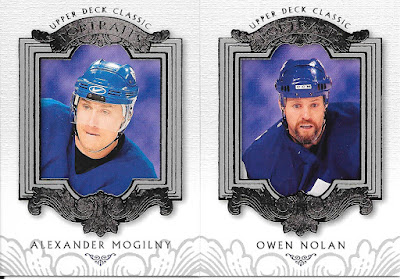 Another great set, but one I really only came around to because of the lot, and a couple more Leafs...sweet! It's like a day out of 2003-04 collecting!
Comparing to the Santa Lot, these give me more Toronto cards quicker as we are just over 12k while the Santa Lot as a whole was about 13k. I think that makes this lot a winner overall - except for the money part for now. The Santa Lot paid for itself. Not going to really be doing that here me thinks!
Happily, there were more Classic Portrait cards for keeps... 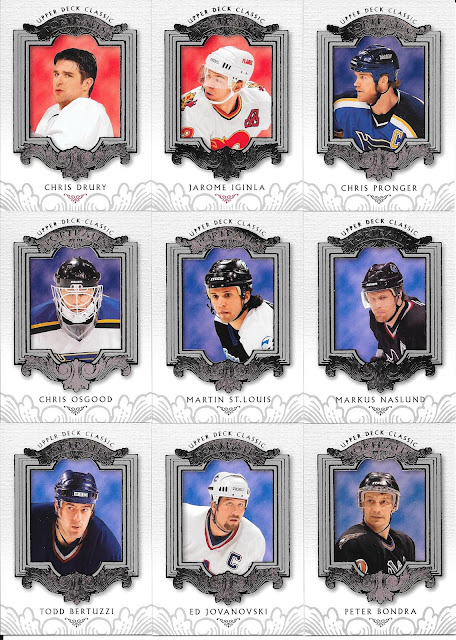 With it being really a 100 card pure base set, I can hopefully get more than half way there with this lot, but time will tell.
There were also some McDonalds base set helpers too... 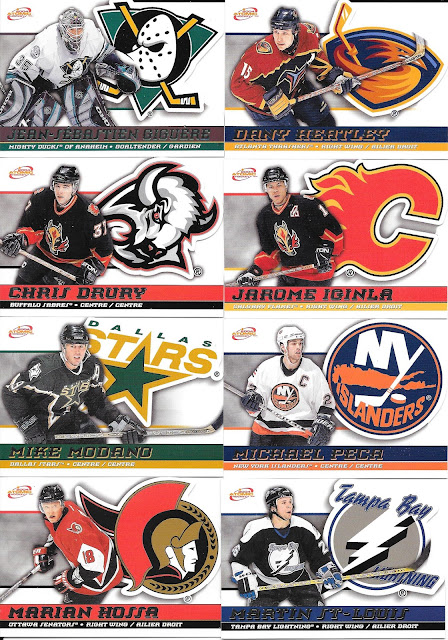 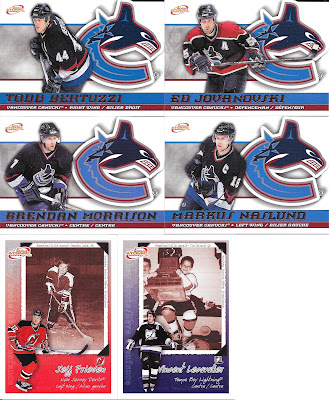 Really love the oversized logos, and a couple more checklist inserts (10 to that insert set...could happen too).

The dupes, all really nice cards as well... 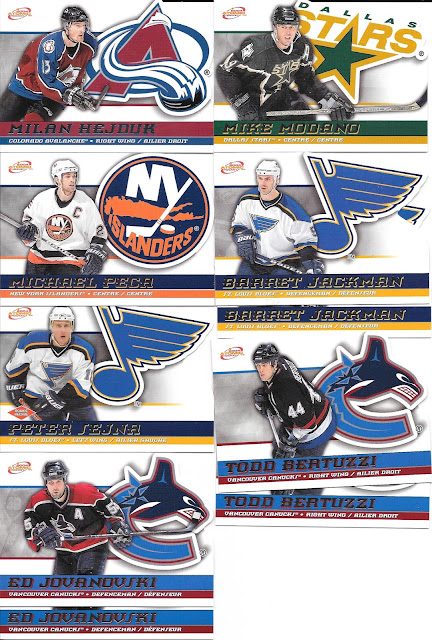 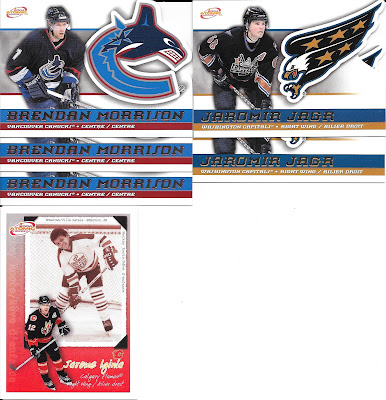 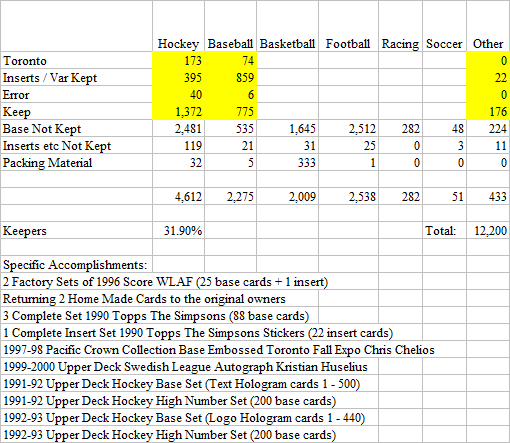