Honestly - I wasn't looking to hard at the cards today until I scanned them. It's 90s basketball - not in my collecting wheelhouse, but I enjoy a good look, but almost missed these.

As you will see - there are a few parallel cards hiding in the scans - the Electric Court -which try to sneak by. The "Electric" parallel were done by Upper Deck across sports - though I know more about Electric Ice or Electric Diamond - the hockey and baseball equivalents. 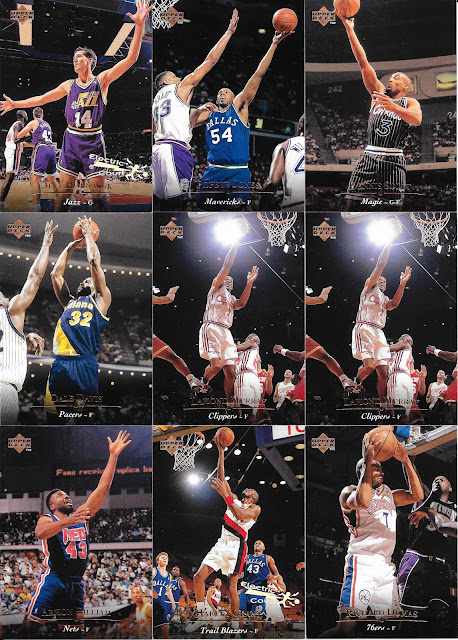 Not sure why, or if it was on purpose with this set, but there's a lot of angled shooting of the photos up on the players which seems to result in a lot of dark space from the rafters in the background. Not saying this is a good or bad thing, but very noticeable when looking at a bunch of the cards like this. 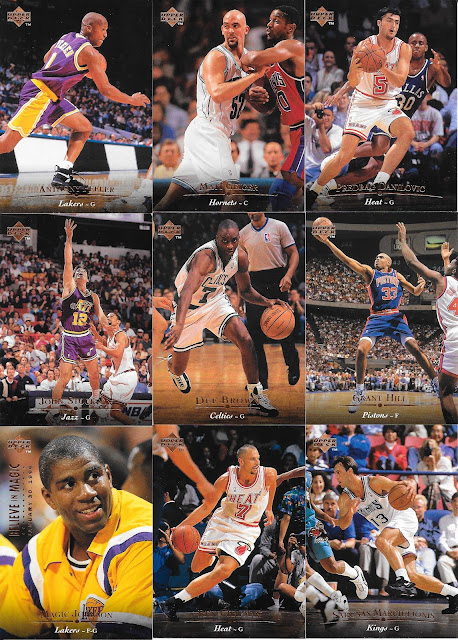 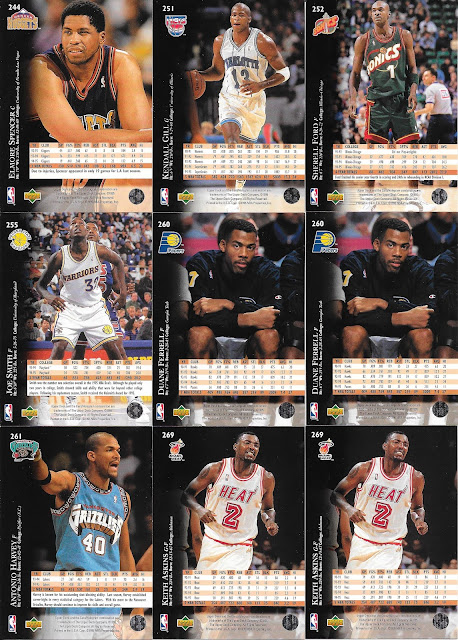 The dark rafters may have been on purpose when you look at the design in general with the dark bordering on the back as well. 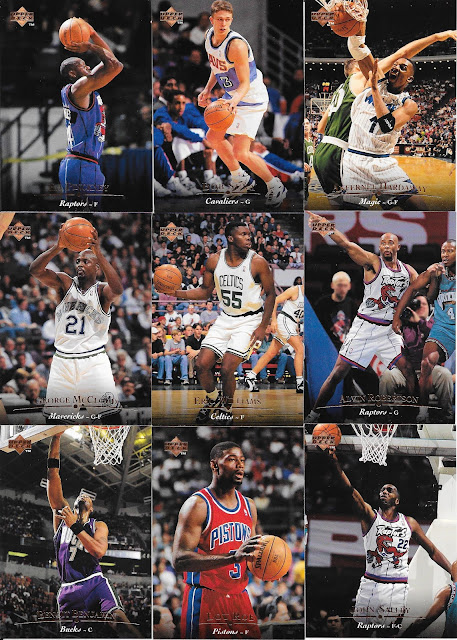 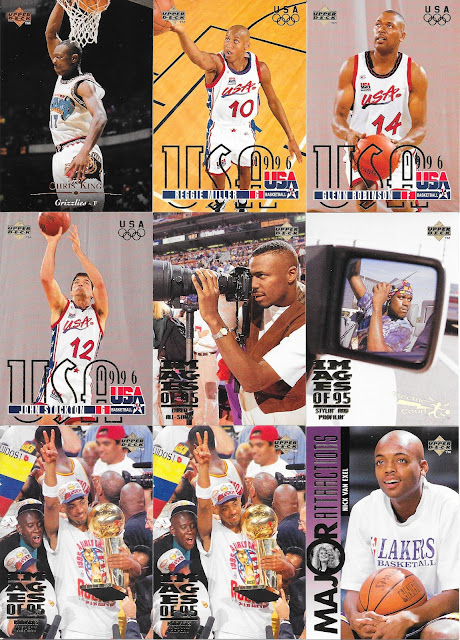 Nice - an Electric Court Shaq card - sure it isn't a base card or anything, but nice to see Shaq having fun! 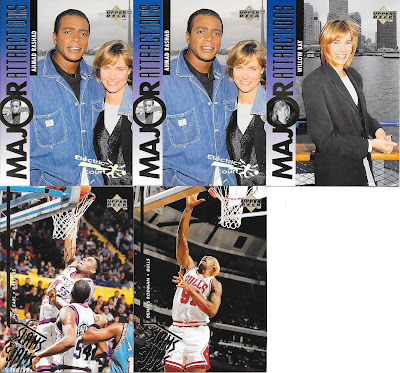 Man, O miss Inside Stuff. Is there any show for basketball (or any sports) currently on that is as enjoyable as Inside Stuff was in the 90s? 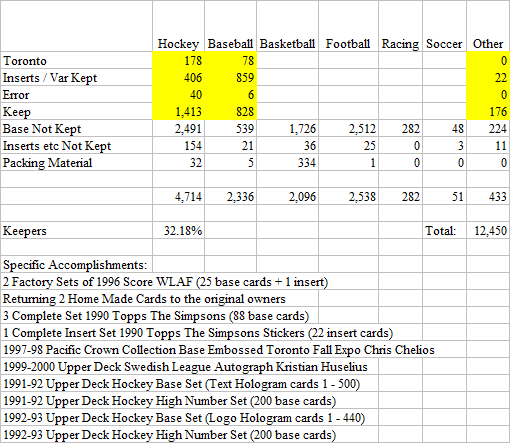 Since we are talking about "hidden", I was at Indigo the other day and figured I'd check if they happened to have and card packs. They had these repack hangers which had 4-5 unopened packs for about $8. I inspected them excited as the outside packs were 1997-98 Donruss and Pinnacle Mint from the same year, so they were promising, though I didn't need either of those packs. Inspecting closer - the packs in between were easily recognizable - 90-91 7th Inning Sketch, 1992 O Pee Chee Premier, and another pack similar to that which I forget - so nothing I really needed for unopened cards, so I passed.
I did find each of the following on sale for $4 each which is cheaper than 401games, so I picked up these as they were the packagings I was missing: 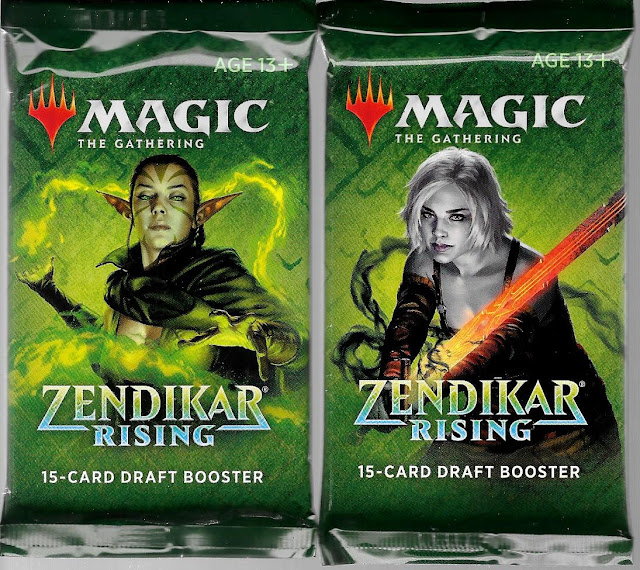 Never know where you are going to find something useful. I should have picked up a couple to open given the price, but there wouldn't be much in them for me, so not too upset at passing.
Well, Nahiri and Nissa can join Jace to complete the package set for this one - yay.
Posted by CrazieJoe at 8:00 AM