Another Day At The Club

The cards today, all from one of my favourites to come out of this lot so far - 1992 Stadium Club baseball. 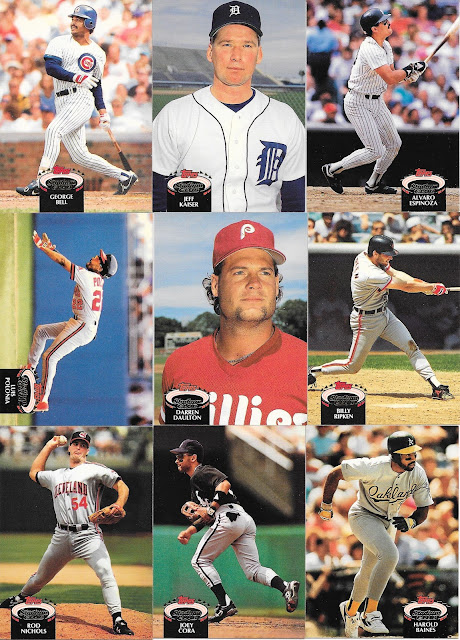 The one part I need to watch is - I think these are all coming from the second series - I believe the 900 card set was done in three releases - similar to current day I guess between series 1, 2 and Update.
Just not sure if I am going to see all three parts, or just one (or two). 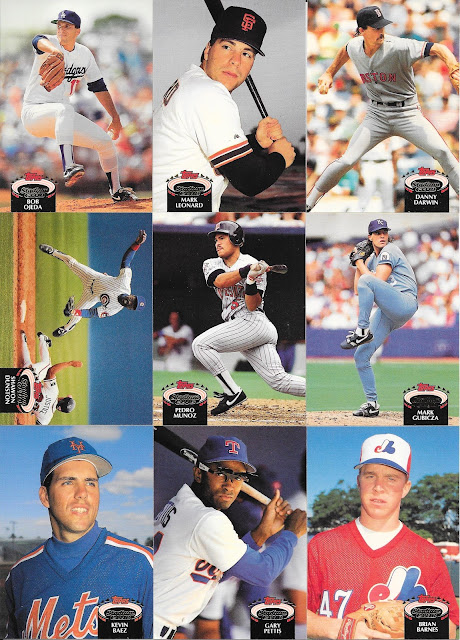 The photography is still amazing - see Dunston or even George Bell from the earlier cards. Hard to deny those are pretty nice shots. 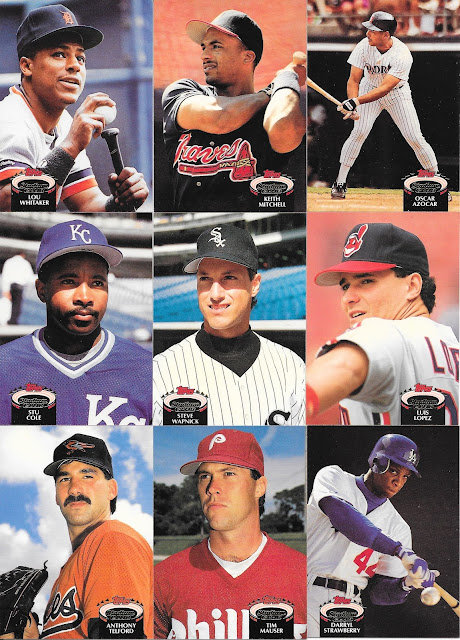 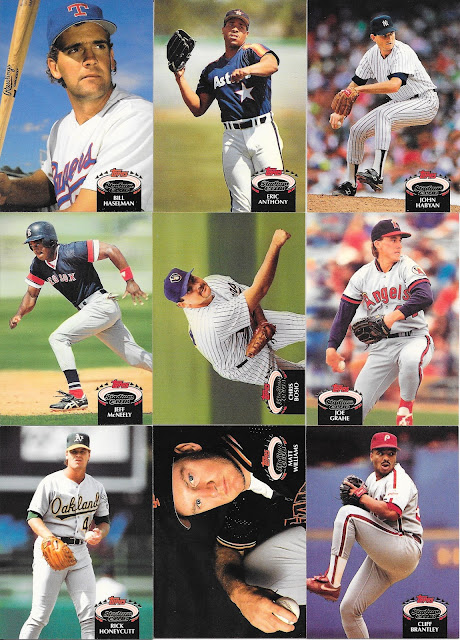 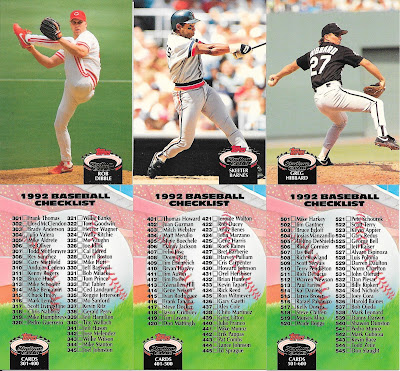 Checklists at the end of the section, because it was one of the only ways to know what cards you were missing back in 1992. Oh pre-internet, how we survived seems so....simple and nice actually.
Through the run today, I did get some Jays dupes as well - again, good for set building - but let's also peek at the backs. 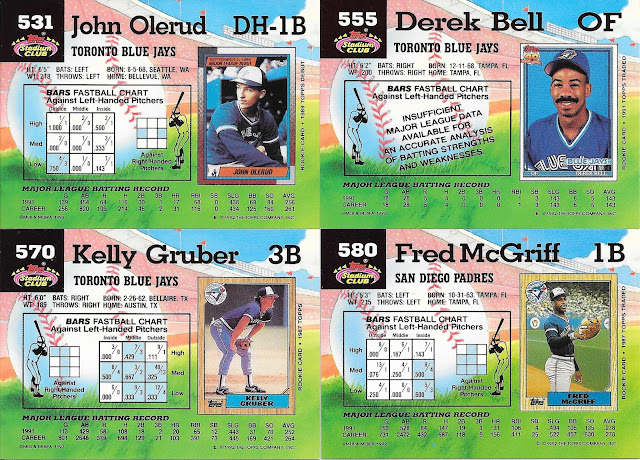 Still not a fan of the minimal year by year stats, but big marks for being different. The rookie card pics from the Topps brands is a nice touch, and the (where available) BARS stats are unique. If the stats weren't available though, they could have done something else, and that would have been fine too!
The dupes... 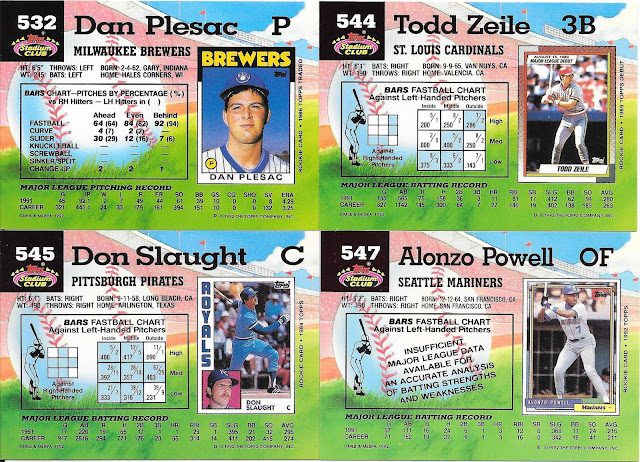 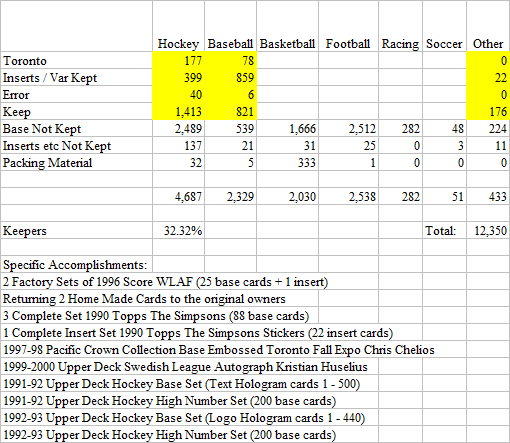 As I mentioned yesterday, I got another nice package from www.baseballcardstore.ca which has some Jays, some Leafs, and a bit of other cards too. Today, a look at the cards that helped complete team sets and a couple nice odd ones. 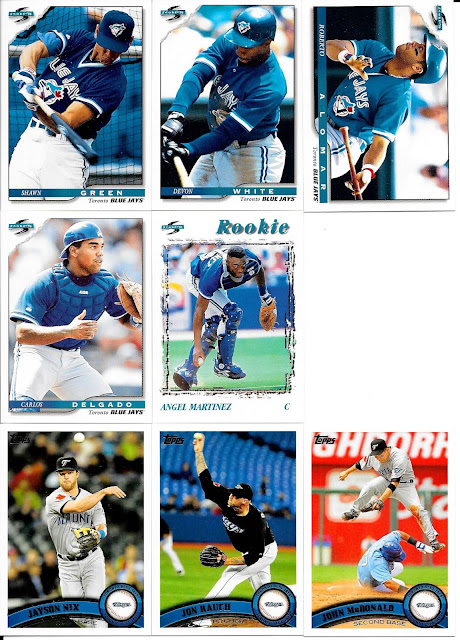 We get some final cards needed for the 1996 Score base set to complete the full team (15 cards by my count). We also get the 10 card team set completed for 2011 Topps Update as well - a couple decent size sets to knock off. 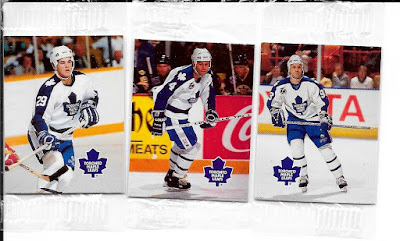 Here we have the entire Leaf team set from 1992-93 Humpty Dumpty, and I swear, they still smell like pickle chips! Love that they are still in the package too, excellent.
We also get a couple single insert team "sets".... 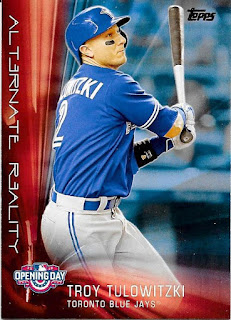 Tulo wasn't in Toronto as long as I would have liked, and he didn't have the greatest of luck while here. Just wish his Toronto run went much better - both he and the team deserved that. Marquee Mats - I can always go for another new Sundin card in the collection!
Next up was a bit confusing at first... 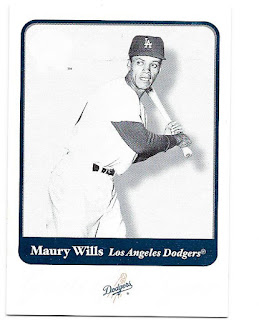 I like the set, but given he wasn't a Jays, thought there would be a reason I was sent it... 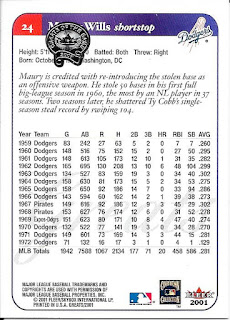 Flipped the card over and as you can see, the foil stamp happened to be put on the wrong side of the card. Now that's a nice little error card.
I looked back at the front and find it interesting that the spot where the foil stamp was supposed to be wasn't glossed whereas the rest of the front was. I would have thought, without the stamp, the whole front would have been glossed, but guess not.
Last up... 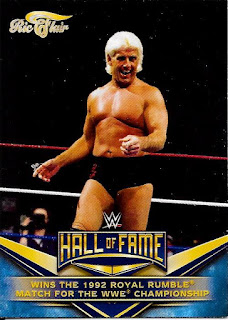 Always good to end with the Nature Boy! A nice insert when Topps was looking at his career in insert form across their sets. Never liked it as a ploy to make you buy into multiple sets, but I get it, and now I got this card noting one of, if not, the biggest highlight of his WWE runs.
Posted by CrazieJoe at 8:00 AM