Actually, I don't expect it will be because I think many a Bulls player seem to be missing from the basketball cards in this lot. Today, since a large portion of cards from this single set were grouped together, and it is a set I have seen a bit of, but have not a bunch of interest in, because it is basketball, I am going to press a little fast forward on this one and just catch some highlights.

Today, we have 350 cards from 1996-97 Upper Deck Basketball. The problem? Well, the set is 360 cards and it was released in two series, each being 180 cards and well, all these cards are series one. 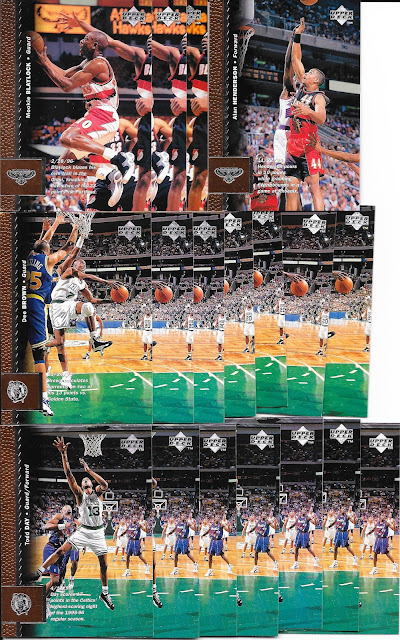 Just wanted to give a sampling that yes, there are plenty of dupes in some cases. 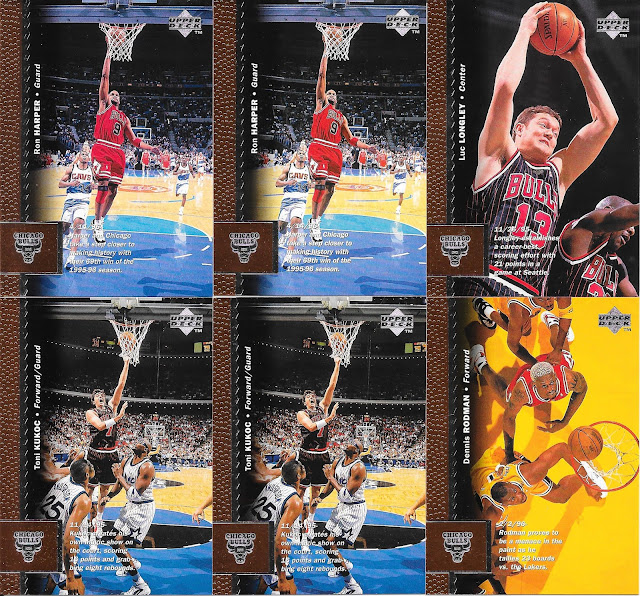 With all the dupes, this is the extent of the Bulls cards - less for the team than there is for Dee Brown alone. Doesn't really bother me much, but just more that I notice.
As for Canadian team representation... 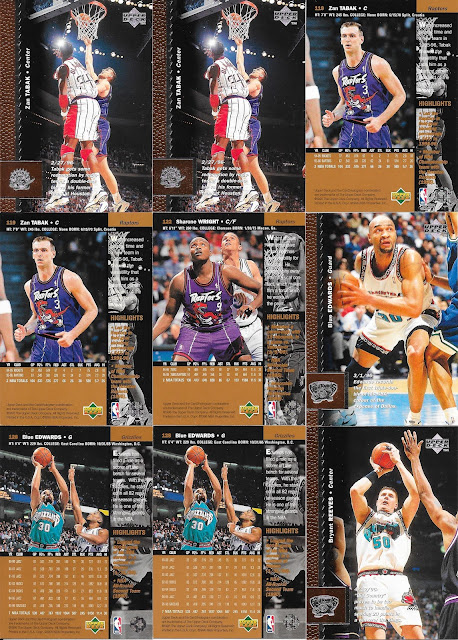 A bit scant as well - but we do see Big Country Bryant Reeves - oh the early days of the Grizzlies. A shame it didn't work out long term, but not really a surprise to be honest. Vancouver just wasn't ready. Heck, Toronto took a while to make it really go as an NBA team city. 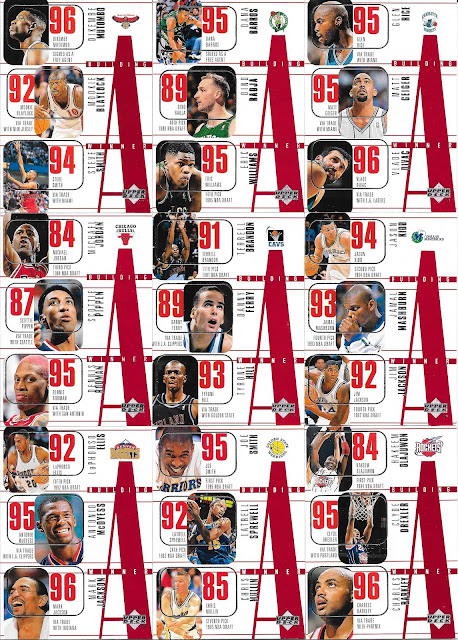 We have seen some of these subset cards come up before, but figured I'd scan a page as it works pretty nicely as a 9 card scan. 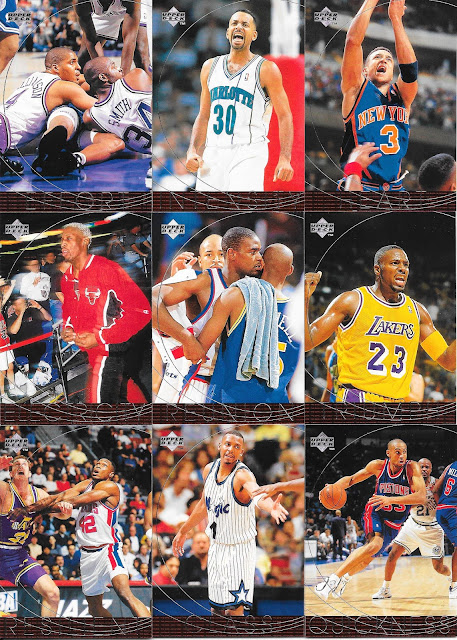 I will say Dennis being paired with the word electricity - bang on. Man knew who he was and what he was and owned it. Can't deny the basketball talent, or his ability to be himself even when those around him, for better or worse, tried to make him fit the mold of what was expected. 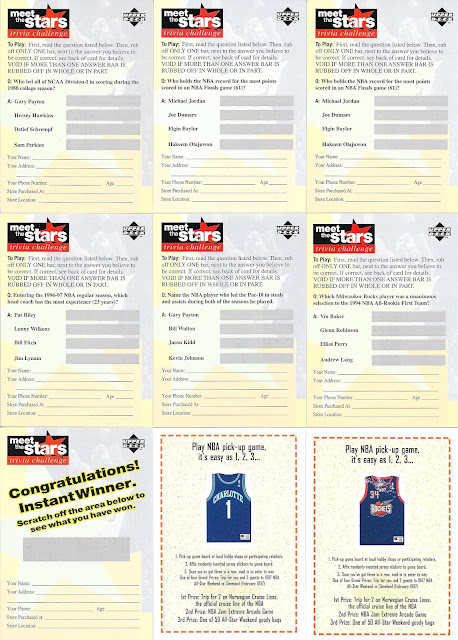 We end with some of the unscratched game cards including an instant winner - sweet! Think I might be a little late on it though....

This is a really solid set from the design, interest game facts on the front, decent stats and write up on the back, though maybe a bit too busy on the back, but that's a minor complaint. A great set overall, and one I could see collecting if I cared to collect the sport. 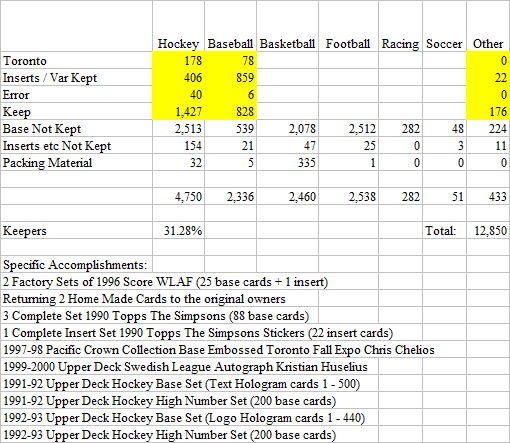