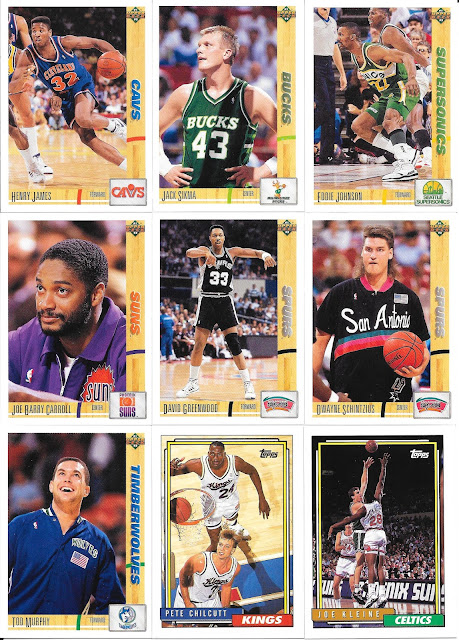 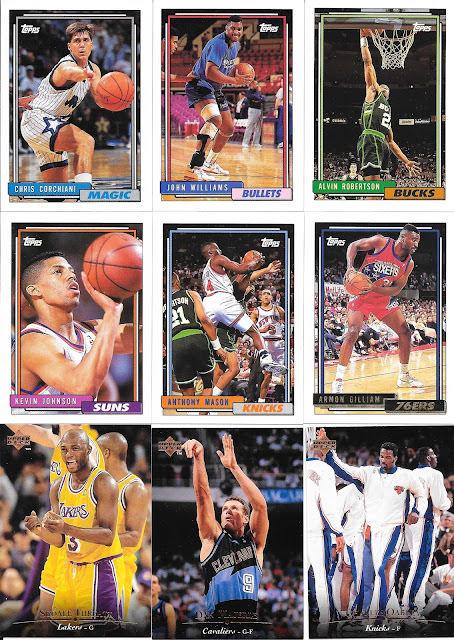 Like the other sports, there is a nice gold parallel version, here we see it on Armon Gilliam.
I like the Charles Oakley Upper Deck card at the end. He was a tough guy on the court, and not sure I really ever liked him when I watched, but his play was gritty from what I recall. 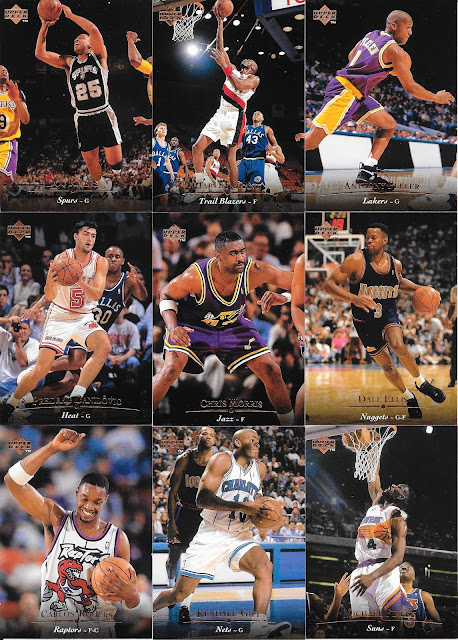 I definitely do not remember Carlos playing for the Raptors... 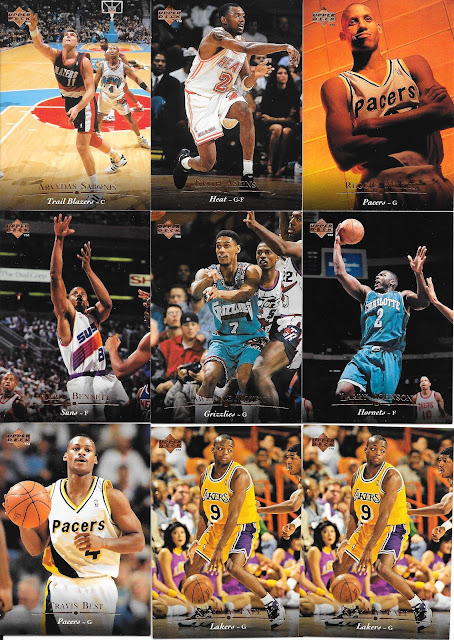 I do like the photo on that Reggie though - a great example of an off court shot really working well. 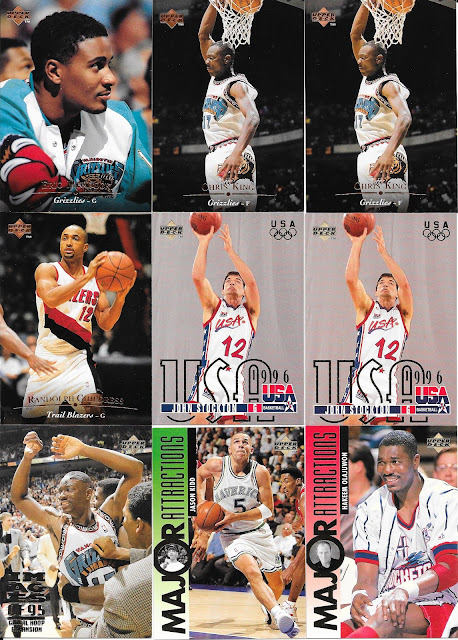 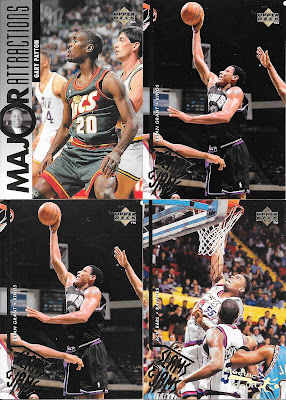 Though this bunch of cards didn't really do much for me overall..I did come out a winner at least.. 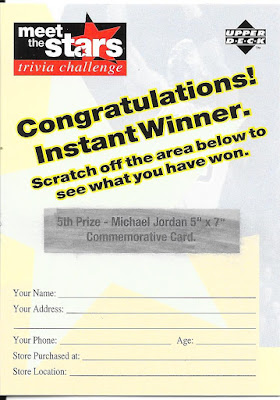 I think I may be a little late to collect the prize on this one. So...does it count as a Jordan card though? The scratch pattern is unique too - so is it a 1 of 1? 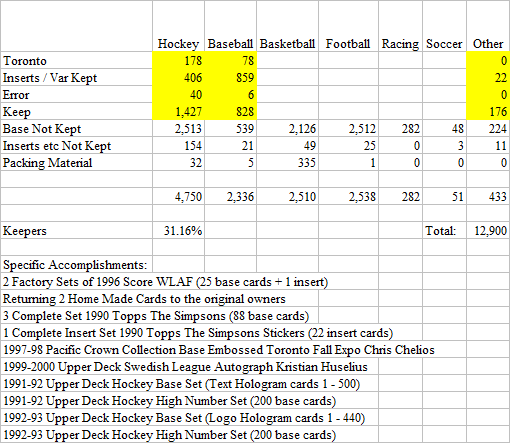