Not that we have left the 1992-93 Upper Deck set, but worth taking a look at the backs as we have seen most of the fronts so far. 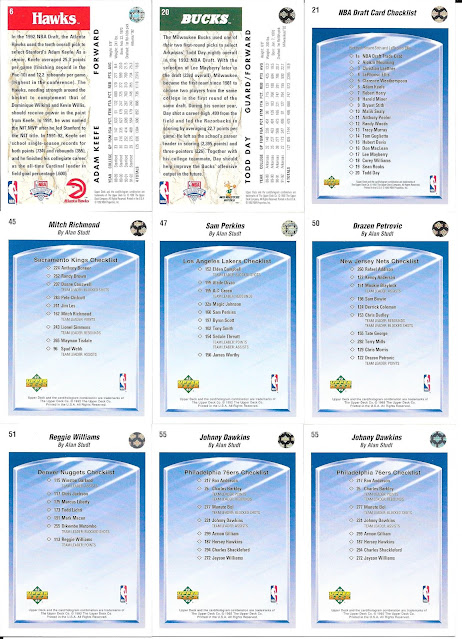 I love checklists, and the team checklists are even better for the fronts, but the backs are simple enough. 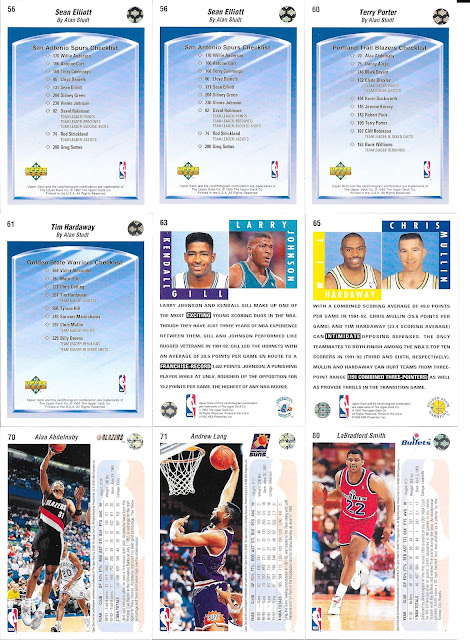 With the "normal" base cards, there is good use of the picture space with a second great photo in most cases, and the stats mushed in with a few years at least, and done with the nice NBA logo backdrop. 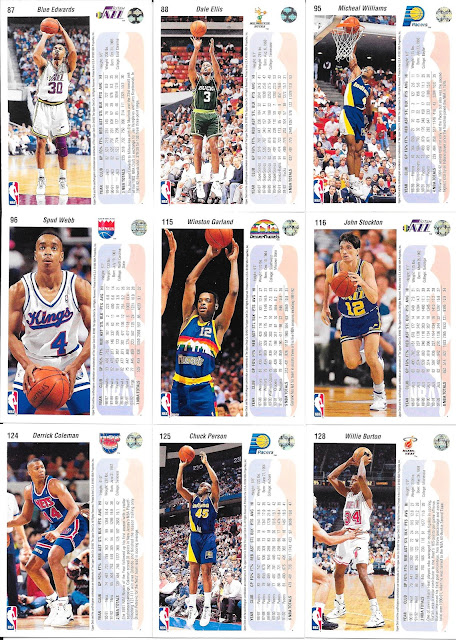 I also appreciate the team logo as it does make it much easier going through a bunch of cards from the set looking for team specific cards, and having a spot like this corner to be able to thumb through quickly. Little things like this that make the collecting and organizing much easier with some sets than others. 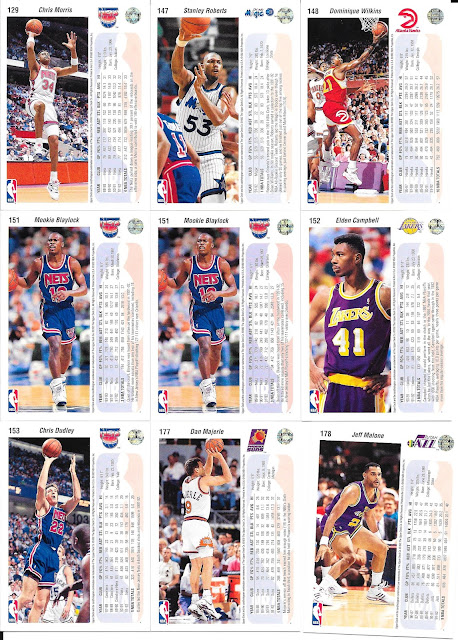 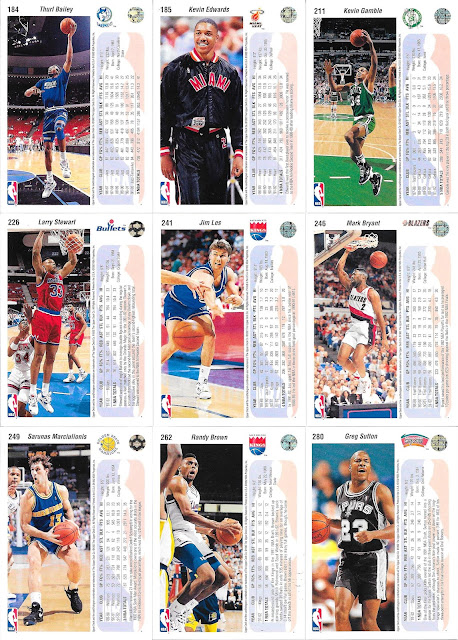 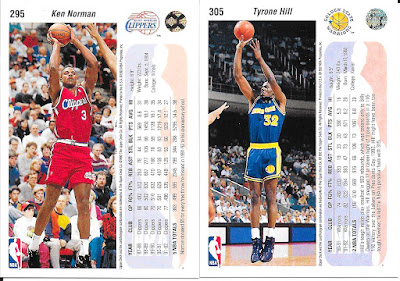 I haven't double checked, but I suspect ever card is vertically done for the front, and the pics on the back keep the same vertical format - works great when put in a binder.
Last up, a trio of inserts...

All solid picks for their teams, no surprises there...though Scott probably wouldn't last as Team MVO for long given some Shaq guy started up around this time. 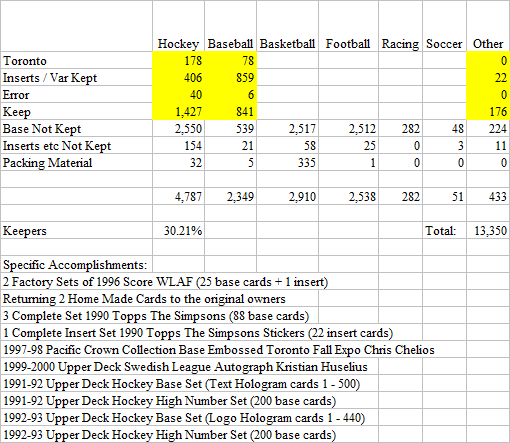