This will be the first of two posts with regards to a nice trade I did with GCA of The Collective Mind. Given the rather poor quality of some of the 1990-91 O Pee Chee Red Army inserts, he was able to offer some cleaner ones (thank you) some of which can be seen here: 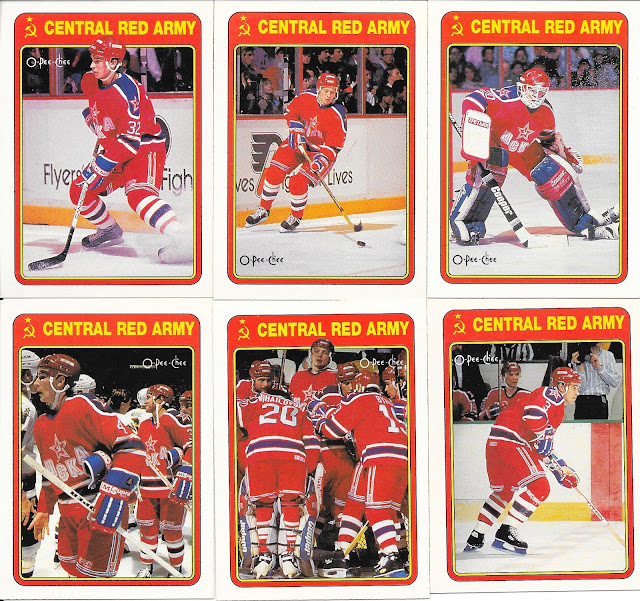 Also, given I collect Leafs and Jays, he was nice enough to send a good chunk of Leafs (which I will save for a post later - probably next weekend) and a sprinkling of Jays cards to me as well. I was able to pass on a few cards to fill some wants of his, but I think I definitely got the better of this first trade so I will have to scavenge hard to get something better out for the next trade. I definitely want there to be a next trade...

With regards to the Jays... 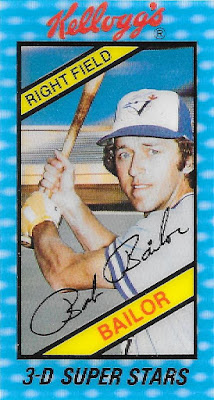 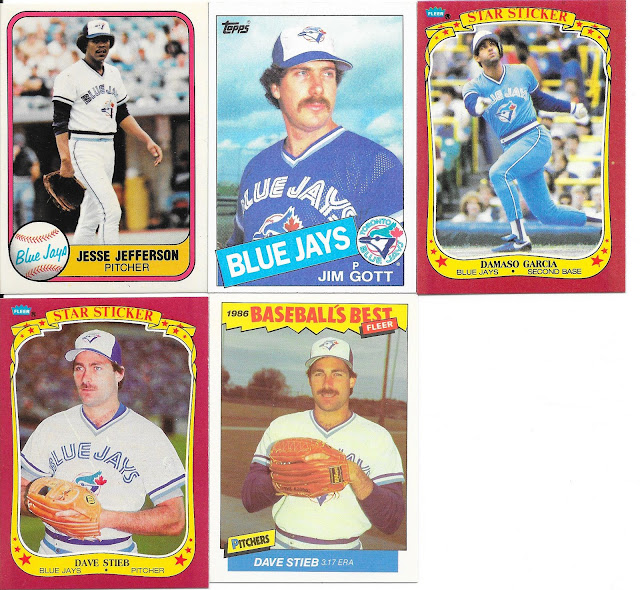 The Kellogg's Bailor card, and couple 1986 Fleer Star Sticker cards were the first from those sets that I have for my collection which is nice, and as Dave Stieb is one of my favorite Jays, nice to get the Baseball's Best card as well. I think Dave must have really let his moustache grow between the two pics because it looks a little faint in the Star Sticker photo by comparison. With the way pitching has gone since the mid-80s, Stieb is a perfect example. What I mean is, 82-85 he had 4 straight years of over 250 innings pitched, and 52 complete games in 4 years. I think these days it would take an excellent pitcher to get 50 complete games in a career...Stieb had 19 in 1982 alone!

Love the additions, and thanks again to GCA - I look forward to more trading in the future, and everyone can look forward to the second post of cards that I received.
Posted by CrazieJoe at 8:00 AM